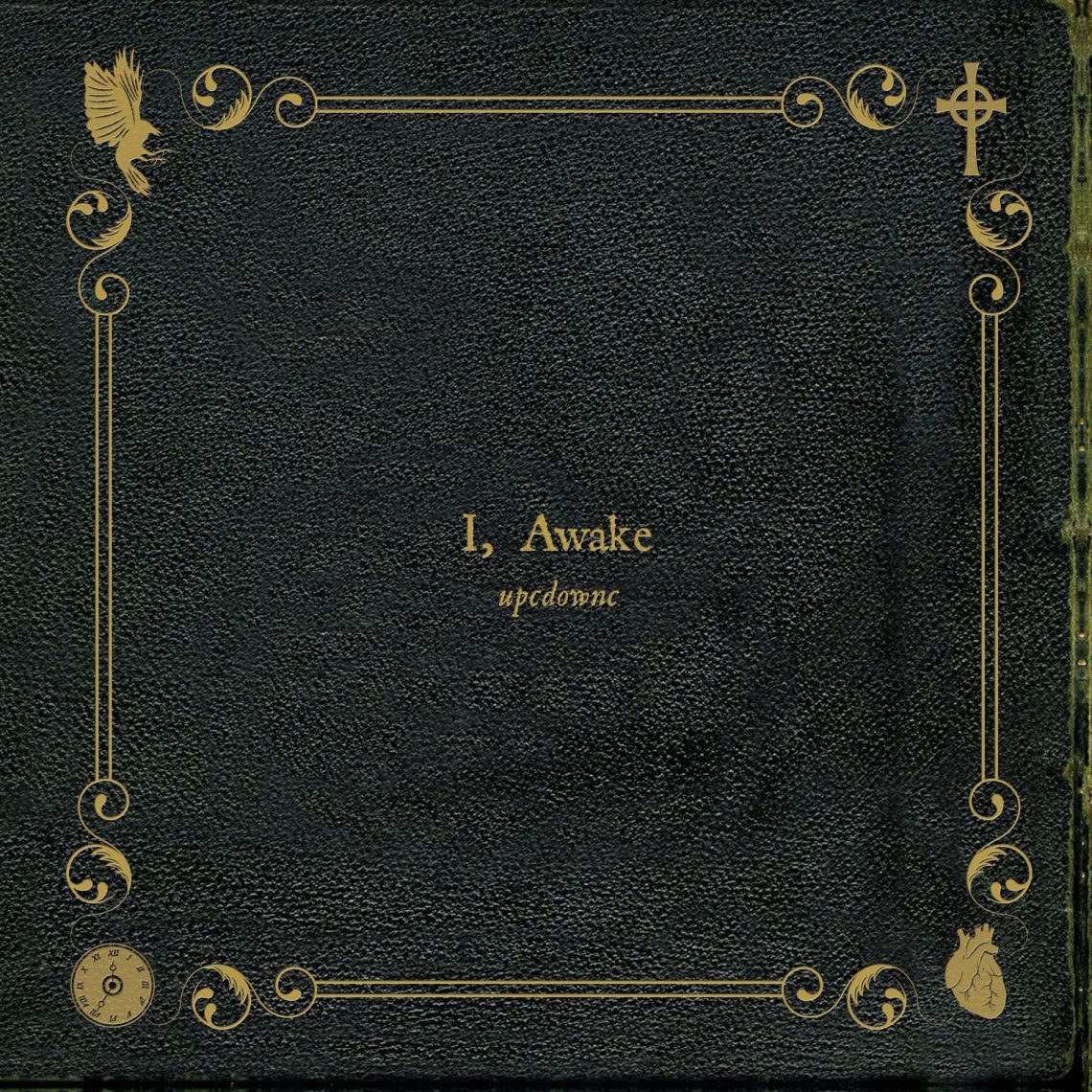 28th July 2017 0 By John Deaux
‘I, Awake’ is the new album from progressive, sludge, horror synth outfit Upcdownc set for release on 22nd September.
Following 17 years of producing constant heavy, instrumental, fuzzy noise this will be the band’s first album as a 3 piece.  The change in personnel and dynamics led to the band taking a new approach to their songwriting, looking at it from an alternate angle and with it bringing a fresh perspective. Guitarist Chris Garth comments:
‘The writing was heavily influenced by the later Swans albums like “The Glowing Man” and “To Be Kind” where dynamics and repetition are used to great effect. We were listening to a lot of early Black Sabbath at the time which accounts for the heavy riffs, as well as quite a few different horror sound tracks.’
Horror is one theme that is constant throughout ‘I, Awake’ and the band were heavily influenced by composers such as Fabio Frizzi, John Carpenter alongside the Shogun Assassin soundtrack, which led to the use of synthesizers on the album.  Garth adds, ‘we liked the idea of lots of small sections put together in bigger passages so that they form one whole entire piece which doesn’t necessarily have to be played in the same order when playing live. We had also started to use loops but wanted to keep things simple so used them more for textures rather than melodies, as we always like to record live with minimal overdubs.’
The concept behind the music and artwork is based on the idea of sleep, dreams, nightmares and fears coupled with extreme anxiety and night terrors. ‘I, Awake’ explores the transitions between sleep and waking life.
‘Looming Part 2’ is the first track to be shared from the album. Guitarist Chris Garth comments, ‘‘I guess this song is part of the segment after you wake from a nightmare/dream and still have that feeling of anxiety/terror where you still are unsure whether what happened in the dream was real or not’.
Since forming in 2000 Upcdownc have gone on to the share the stage with the likes of Bossk, 65daysofstatic and Oneida as well as sound carrying for the legendary Can frontman Damo Suzuki, and appearing at festivals including ArcTanGent and Belgium’s Dunk! Festival. 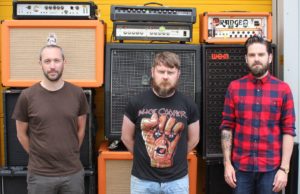