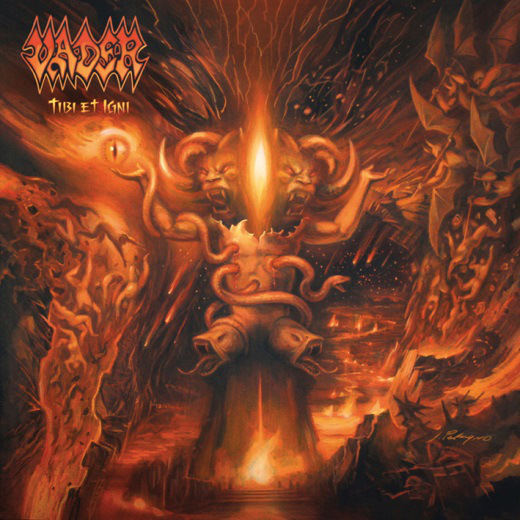 9th May 2014 0 By Thomas Haywood Jr.
Vader‘s newest release, Tibi Et Igni (a Latin phrase which translates to “For You and Fire”), is exactly what we have come to expect from Vader over the years. It’s fast, aggressive, unrelenting death metal at it’s best.

I have always considered Vader the Slayer of death metal. They have become a cornerstone of the death metal genre with a style all their own. Vader is a band that definitely doesn’t get the credit they deserve. We actually have a lot to thank Vader for – without them we wouldn’t have Behemoth, Decapitated, or Hate, all of which, at one time or another have even sounded like Vader clones.

I give these guys a lot of credit, they started back in the late 80’s and are still providing the same quality death metal they have always created. Don’t get me wrong, Vader have had their peak and valleys as far as releases go, but the multitude have been solid representations of Grade A death metal –  Tibi Et Igni is no different.

While Vader‘s newest is not ground-breaking or an earth shattering release, fans of the band will be happy to hear Vader continue what they do best. There are some super heavy crushing moments here – “the Eye of the Abyss” begins with an ominous intro that acts as the silence before the storm then transforms into a fire breathing monster of a tune. Every Vader fan will find a favorite here.

Will Tibi Et Igni live up to my list of monumental Vader releases (De Profundis, Black to the Blind, or Litany)??  Not quite, but it stands above the few Vader releases that fell to the wayside (Revelations & Necropolis to name a few).

Vader was important to my development into extreme metal having listened to them since I was 15 years old- they will always have a dark place in my heart. I was actually fortunate enough to tour with Vader in 2007 on my first ever tour with one of their strongest line-ups since the mid-ninties – Peter, Mauser, Novy (originally of Behemoth), and Daray (current Dimmu Borgir drummer). They were near perfect live every night, and I’m sure will continue to provide the same quality to everyone who has the privilege to see them. 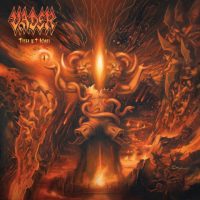