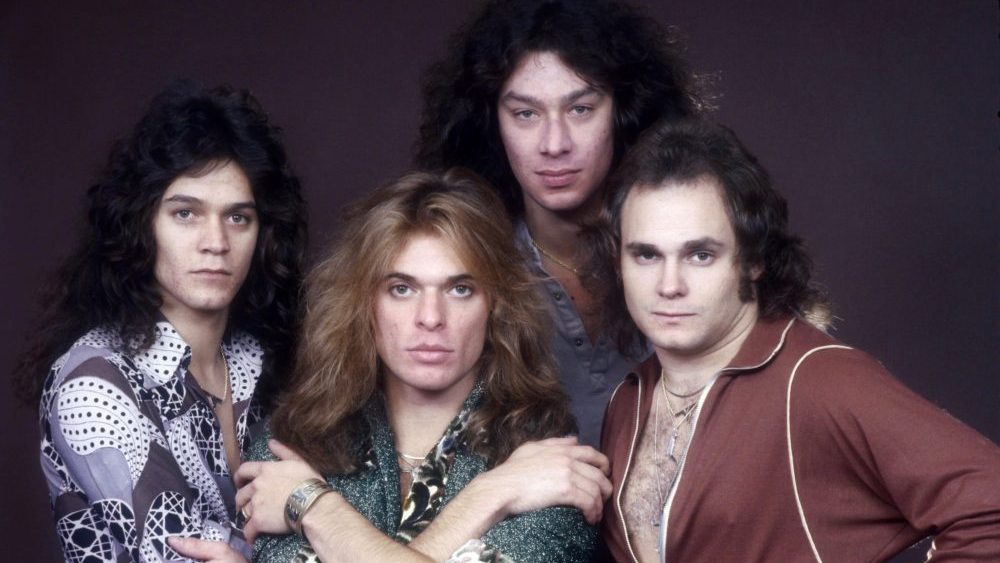 Van Halen released 13 singles in Japan between 1978 and 1984 that will be collected in a new 7” vinyl set from Rhino. Each replica single features the original sleeve artwork and comes housed in a cigarette-style box. Two versions of THE JAPANESE SINGLES 1978-1984 will be available on November 1: a black vinyl version and a limited edition version of 750 copies on red vinyl, which is available now to pre-order at the Rhino Store.

THE JAPANESE SINGLES 1978-1984 encompasses the first six albums released by Van Halen, which featured guitarist Eddie Van Halen, drummer Alex Van Halen, singer David Lee Roth, and bassist Michael Anthony. Those albums include the band’s self-titled debut and 1984, which were both certified Diamond for U.S. sales in excess of 10 million. This rare feat places them on an elite shortlist of double RIAA-certified Diamond Award honorees.

The original album version of each song is featured in this set except for: “Hot For Teacher,” which has a unique single edit that was issued exclusively in Japan; along with the single edit versions of “(Oh) Pretty Woman” and “I’ll Wait.”

THE JAPANESE SINGLES 1978-1984 opens with a trio of singles from Van Halen (1978): “Ain’t Talkin’ ’Bout Love,” “On Fire” and a blistering cover of the Kinks’ “You Really Got Me,” which was the band’s first single and first Top 40 hit. The band’s 1979 follow-up Van Halen II (certified 5x platinum) generated two singles on the collection: “Somebody Get Me A Doctor” and “Dance The Night Away.”

The multi-platinum albums Women and Children First (1980) and Fair Warning (1981) are represented by “And The Cradle Will Rock” and “Unchained” respectively. The 1982 album Diver Down (certified 4x platinum) contributes two singles: “(Oh) Pretty Woman” and “Dancing In The Street.” THE JAPANESE SINGLES 1978-1984 concludes with “I’ll Wait,” “Panama,” “Hot For Teacher” and the #1 smash “Jump” – all from VAN HALEN’s seminal album, 1984.

Formed in Los Angeles in 1974, Van Halen changed the rock and roll landscape forever with their eponymous 1978 debut album and subsequently produced a repertoire of hits that remain some of the strongest and most influential rock songs ever written. With more than 75 million albums sold worldwide, and more No. 1 hits on the Billboard Mainstream Rock chart than any other artist, the band’s record of achievement is hard to top. VAN HALEN was inducted into the Rock and Roll Hall of Fame in 2007.

“You Really Got Me”

“Runnin’ With The Devil”

“Dance The Night Away”

“Somebody Get Me Doctor”

“And The Cradle Will Rock”

“Could This Be Magic?”

“Dancing In The Street”