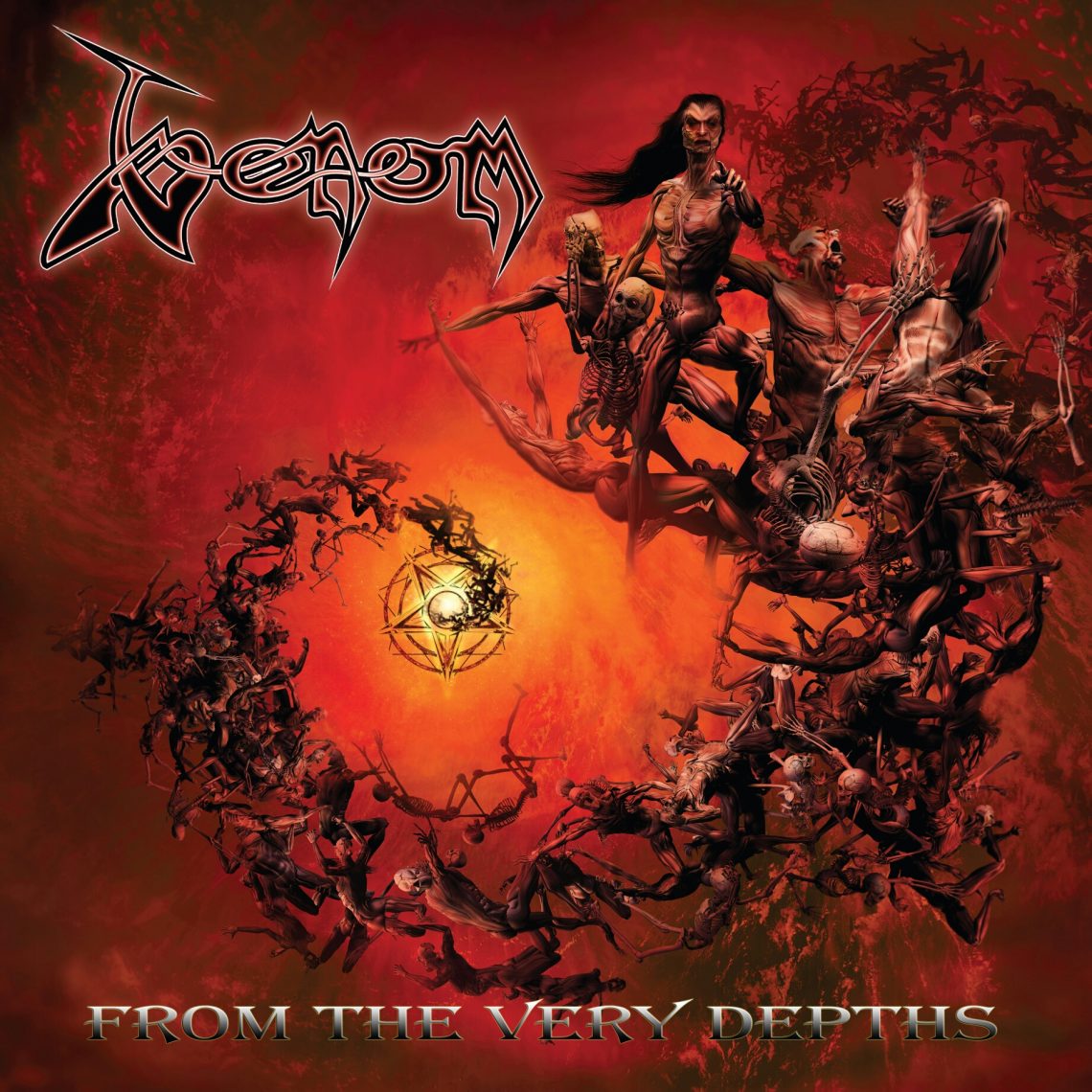 Venom announced the January 26 release of From The Very Depths (Spinefarm Records) last week, news that was met with elation among the metal community, from tastemakers to fans.

The metal icons, who are pretty much responsible for authoring their own genre, have followed up the album release news by sharing the two–horns–up album artwork.

The cover is visually arresting, featuring skeletal beings bathed in red and orange tones. The image is dominated by the instantly recognizable Venom logo, and is a natural successor to the artwork for previous album, 2011’s ‘Fallen Angels’, also released via Spinefarm.

And to think this is merely the cover!

The album’s accompanying music slays, and early praise indicates that this could be one Venom’s best releases…ever. Even the album title is 100 per cent ‘Venomous’, referencing the band’s infamous live intro tape.