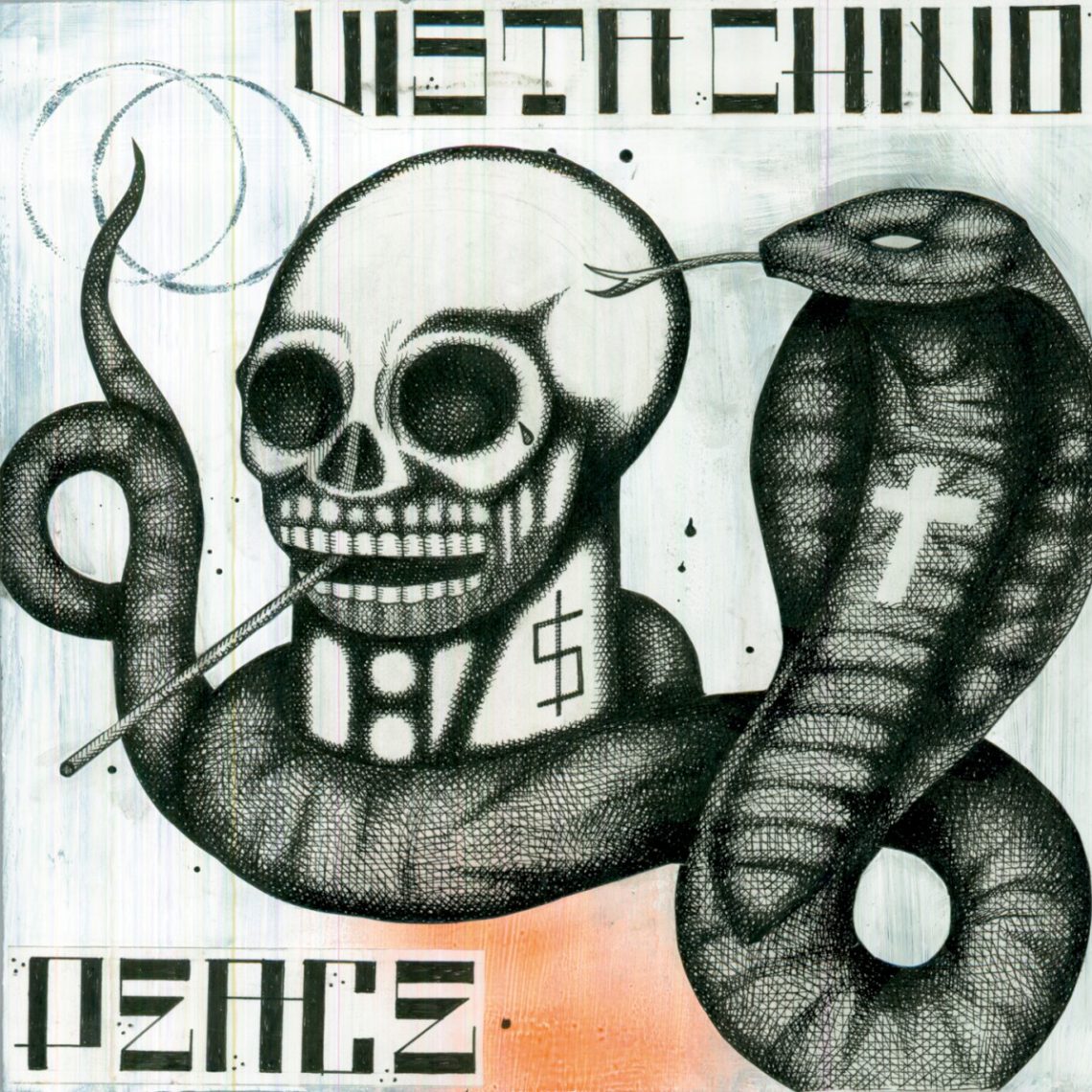 Sorry for the late review minions…I’ve been having connection problems with my lapdog, sorry I mean laptop and work commitments. Anyway the album I am reviewing is VISTA CHINO “debut” album ‘Peace’, now I must admit everyone will more than likely have heard of VISTA CHINO as it is basically the original members of Stoner Rock legends KYUSS but without Josh ‘Queens of the Stone Age’ Hommes. Lead singer John Garcia reformed KYUSS under the moniker of KYUSS LIVES! And did some extensive touring with other original members Brant Bjork and Nick Oliveri, and were joined by guitarist Bruno Fevery. After successful tours they decided to tour indefinitely and begin work on a new studio album under the name KYUSS LIVES! However Josh Hommes filed a lawsuit against them, along with former bassist Scott Reader who played on 2 albums, from using KYUSS in the band name and so prompted them to change to VISTA CHINO…lesson out of the way, lets get on with the review!

Well with ¾ of the band being in stoner rock legends KYUSS, what do you think VISTA CHINO play? Yep you would have guessed right a big old slab of dusty desert stoner rock, what your surprised…really? Stop reading the review and go head butt a table until you knock some sense into yourself or pass out, whichever comes first (disclaimer: don’t take the previous statement as rule and apply!). For the newbies to stoner rock, think Black Sabbath, Blue Oyster Cult and Hawkwind being taken over to Palm Desert (California, USA) and left to bake out in the Palm Desert heat…its basically a bass heavy sound with clean melodic vocals and a slow to mid tempo, a classic of the genre is KYUSS album ‘Blues for the Red Sun’ which I would recommend you listen to and see if you like the genre.

This is a master piece of stoner rock (desert rock, whatever we are calling it rock), this is a bass heavy dirty fuzzball driven sounding album with the unmistakable John Garcia vocals soothing over the music. Also I have to say thumbs up to Brant Bjork for the production on this album, although it is a dirty bass heavy genre the clarity of all the instruments and the vocals are amazing and is what brings this album together. One thing I like with VISTA CHINO is that they have realised that there is no point in trying to recreate the sound of KYUSS (like some reformed bands try to do) and instead they have progressed and moved on. This is down to obviously them all getting more experience and John Garcia has adapted his vocal range as he has got older. My only negative points of this album is that they all seem to be holding something back and the album isn’t as grandiose as it could have been, maybe I am being a little harsh and their is still a little rust knocking around?

If Stoner Rock/Desert Rock is your thing then your prayers have been answered and this is a classic of an album which you will just lap up and play until it is memorised into your brain and soul. However if your new to the genre or can take it or leave it then I would still recommend this album to you and tell you to sit back relax and listen. As I mentioned previously if they continue in this vein then the next release will have polished up the rust and be a huge sandstorm of an album. 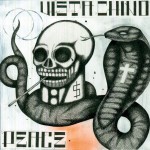