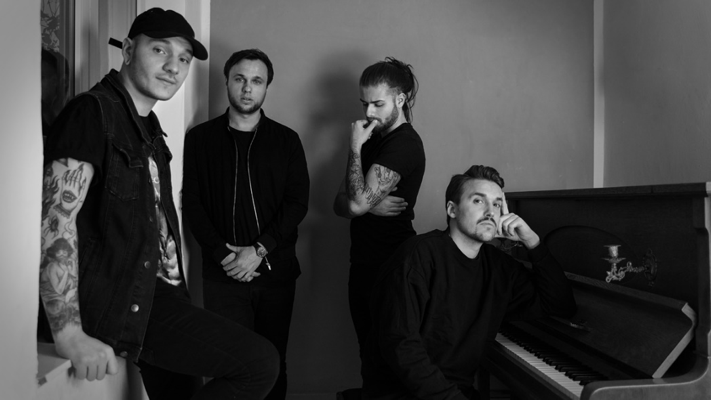 Formed back in 2013, German outfit Vitja has been a very busy group; in the span of 6 years, they have produced three albums and an EP and has now released their fourth album in Thirst. Although the metalcore genre is saturated with bands, Arising Empire took on Vitja this year and with a new frontman, Vitja are set for a new era, so let’s see what their new incarnation has to offer us.

The opening of ‘Light Blue’ sets the scene for the album itself; though a lot more melodic than their previous work, new frontman Garbriel Spigolon’s vocals come through clean and precise, taking away any delusions of disappointment. The harmonies and melodic notes shine through that remind you of I Prevail; their typical sound still shines through, but the raw style is gone, allowing a smoother and more balanced overall sound to replace it. Influences of Killswitch Engage can be heard throughout, with plenty of heavy riffs and well-placed samples to give the tracks that little extra. the crushing ferocity of ‘Silver Lining’, ‘Mistakes’, and ‘Instinct’ gives you the idea of Crystal Lake’s power but the German quartet which when you consider their underlying sound isn’t that surprising. The screams of Gabriel really work and though Vitja was born from member of four different bands, they have made themselves a powerhouse in their native country and are already starting to scream across the world.

The Metalcore genre currently is saturated with bands and new material, which presently means that the chance Vitja could be swallowed up by the quagmire of the scene is pretty high; what Vitja do, is no different to Northlane and there are aspects here that remind you of them, as well as Landmvrks or even Aphyxion can be heard in tracks like ‘Instinct’ and ‘Lost in You’. There is no doubt that this particular genre covets the majority of recent releases due to its wide-ranging spectrum, however breaking out of the label is more difficult when given the mark.

Thirst certainly attempts to break the mold for Vitja but it does fall short in pulling them out of the genre; that said, Thirst does give more than the usual screams and harmonies that you would except from the band. It gives us a more rounded sound, there is a fluidity to the tracks and the sound overall and this gives them that little extra to at least try and break free or at the very least, become the pinnacle of the genre. Thirst gives us a great insight into what the future can hold for the Germans and it shows their hunger and thirst to become more than what they were; they’re evolving, they’re expanding, and they are delving deeper into their own sound to perfect it.