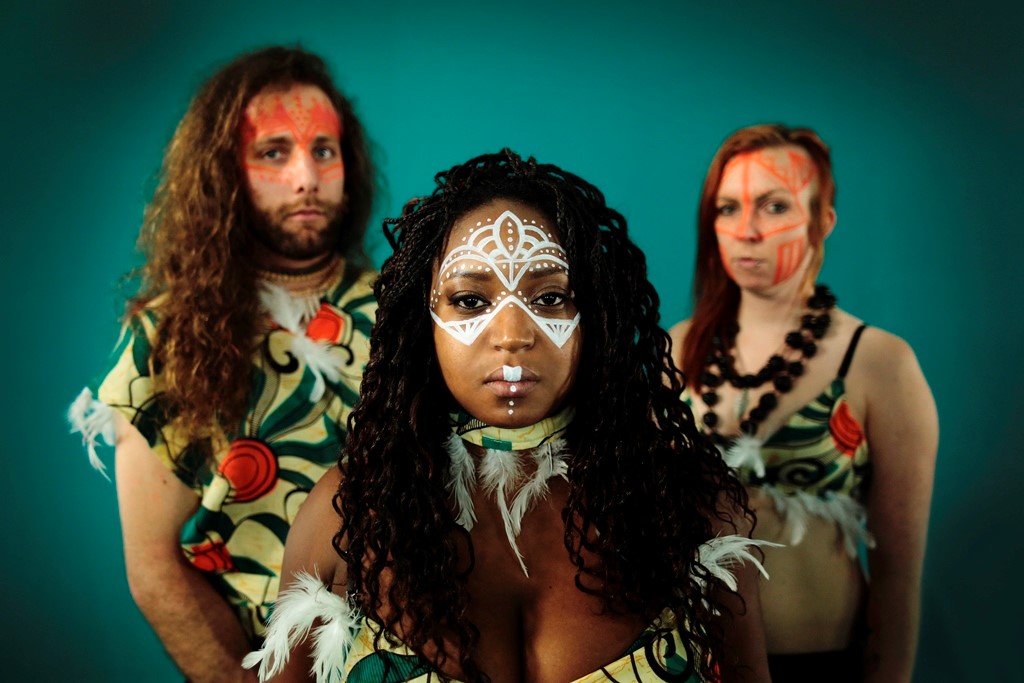 London’s heavy-afro-psych-soul trio Vodun have released ‘Bloodstones’, the third video from their breakthrough debut album, ‘Possession’, along with a UK tour with Church of the Cosmic Skull and Desert Storm, including a performance at London’s Desertfest.

‘Bloodstones’ covers themes of oppression and slavery during the colonial era and how its effects are still being felt today. Coupling imagery from the Vodun religion with moving footage from the civil rights era, the video resonates deeply with the current political climate, both in the UK and the US.

Speaking of the inspiration surrounding ‘Bloodstones’, frontwoman Oya (Chantal Brown, ex-Do Me Bad Things) explains, “The unbreakable bond between people and their spirit is never more evident than in the attempted removal of the cultural identity from the kin of the Western Coast of Africa. Even today, our eyes bear witness to the Native Americans at Standing Rock, hands still firmly clutching what’s left of their culture and sacred land – even after the undeniable genocide that was brutally cast upon them, giving birth to the most powerful country on Earth. Slavery and genocide made its deep and torrid mark on the psyche of many, however the spirit and essence lives on in all of the corners of where these peoples were forced. Yes, blood runs deep… but spirits are made of stone.”

Fronted by the powerful soul vocals of Oya aside fierce drumming from Ogoun (Zel Kaute, ex-Pettybone) and the white-hot riffing of The Marassa (Lindsay Hamilton) on guitar, ‘Possession’ is a journey into the history of the ancient West African religion from which the band takes their name. Maligned and derided since colonial times by slavers, the vodoun religion still exists as a powerful, feminist, and positive force in the lives of many people around the world.

Catch Vodun live in the UK on the dates below.

“Rock has never heard a band like Vodun – and it’s never needed one like them more, either.” Kerrang! (5 Ks)