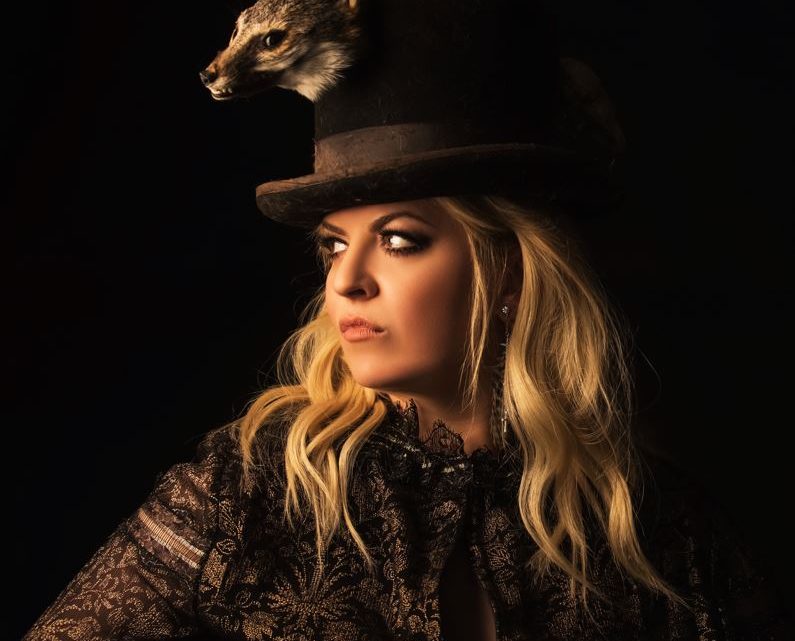 Camden, London, UK is the home of Alternative Rock band Wax on Water fronted by charismatic lead singer, songwriter and producer Maya Damaris and joined by new addition Steven Blessing on guitar. The band alchemically fuse together grunge, electronica, and industrial sounds with layers of strings, piano and intense guitars to produce a sound that is entirely and unequivocally their own. The band release their new EP “The Drip- Part 1” on 19th November 2021. Full album “The Drip” lands in May 2022.

Maya Damaris, a classically trained pianist and singer, put together Wax on Water in 2012 because she “…wanted to create music that causes a reaction in people, in the same way that the grunge, rock and industrial bands that I grew up loving, did to me”. Guitarist Steven Blessing joined the band in 2019 and was previously with the rock band Estrangor as well as collaborating separately with a range of artists and bands. Together they bring an inspired range of influences from across the genres to take Wax on Water to the next level.

The band’s 2018 debut album “Procession” was an album of seven songs of admirable diversity evoking the raucous grit of Queens of The Stone Age and Nine Inch Nails, to the rootsy goodness of The Black Crowes and beyond, all infused with Damaris’ inherent dark and grungy flair. The album was critically acclaimed and secured a distribution deal with The Orchard/Sony Music for their own Record label, Howling Tempest Records.

Forthcoming album “The Drip”, due in May 2022, is a collection of sixteen songs that builds upon the strengths and raw ‘gutsiness’ of the first album and, with guitarist Blessing on board, elevates their sound with a higher energy. Drums for the album were played by LA drummer, Garren Orr (YolkLore, Tennis System) and the record was mixed at MooseCat Studios, LA and mastered by Will Borza at the Grammy Award Winning Howie Weinberg Mastering Studios, LA.

The new EP “The Drip – Part 1” is a collection of four very different tracks, all taken from the forthcoming album of the same name, along with an intriguing and atmospheric “Prologue” to theatrically set the scene. “Don’t Bore Us” is inspired by certain people who are hellbent on barking orders and making you do what they want. It is more of a ‘revenge’ track for Damaris who says: “… you think ‘does this person have so little in their lives that they derive pleasure from trying to break me?’ and the answer is ‘yes’ – some people really do thrive on that negative energy…so this is my ‘f** you’ to that situation and all those people!” “Seventh Son” is about the dark descent of a relationship. As Damaris says, “Seventh Son is about how a relationship can turn from being something that makes you feel alive to making you feel less than…it’s about reclaiming yourself when you’re standing on the shadow side of love”, and “For the Love of Money” is an ambitious and intriguing reimagining of the O’Jays Philadelphia Soul classic.

Focus single for the EP is the radio track “The Sting In the Raw”: a song which describes that ‘moment’ when you realise the relationship you have valued and nurtured in the hope of a lasting union, has actually started to crumble into dust and is, ultimately, doomed. Damaris says: “It’s lonelier being in a room with someone and there being unspoken tension, than it is to actually be alone. I always say that hope is a cruel mistress! She is so beguiling when in play and so crushingly disappointing when she is misplaced.”

Collectively, the songs on the EP “The Drip – Part 1” EP demonstrate the wonderfully eclectic range of influences expertly mixed and brought to the table by Wax on Water.