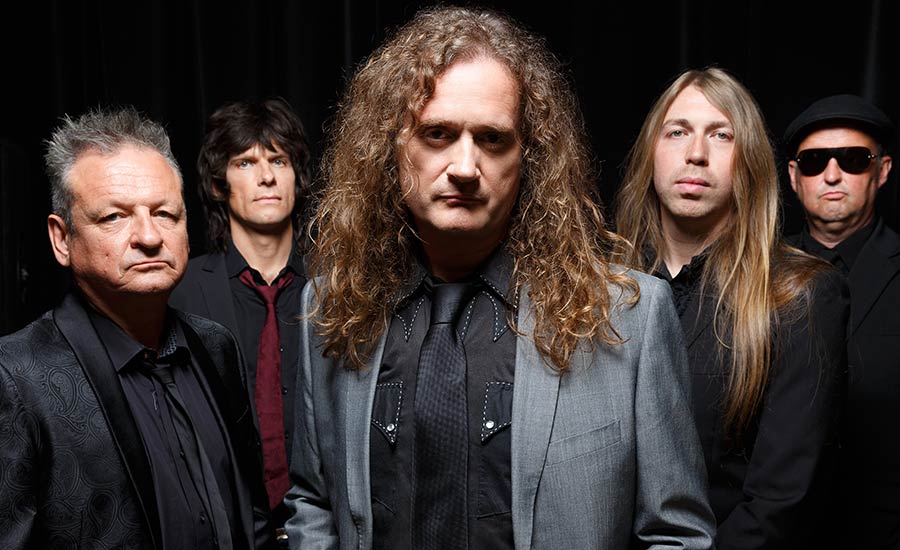 UK rockers Wayward Sons are preparing to unleash their third album, “Even Up The Score” on October 8, 2021. Fronted by vocalist/guitarist Toby Jepson, who is joined by Nic Wastell (bass), Phil Martini (drums), and Sam Wood (guitar), plus Dave Kemp (keyboards) for the recording of the album, Wayward Sons continue to deal in energetic rock ‘n roll coupled with thoughtful, insightful lyrics. Today, fans can get their first listen to new single ‘Faith In Fools’.


The band has also announced tour dates for 2021 and 2022. See the complete list of dates and available ticket links HERE: https://www.waywardsonsband.com/site/live-dates/

“Right now, we’re bombarded with messages everyday through social media and the media at large, much of it partisan and glaringly aggressive. Much is simply strong arm tactics to make you/me/us believe the words or doctrines of often unscrupulous preening people – sadly it seems that we’ve always had to cope with this, but now more than ever it is the battle for the hearts and minds of society at large as we slug it out through one screen or another. The truth lies somewhere in between the triumph and disaster, and as Rudyard Kipling once said in his prophetic poem ‘IF’ – we must learn to treat those two imposters just the same,” says frontman Toby Jepson of new single ‘Faith In Fools’.

Anticipated by the release of two singles, the title track, ‘Even Up the Score’ in late 2020 and ‘Big Day’ in April 2021 (both of which were released while the band was still in the midst of recording the album), the brand new album is once again a full-blooded rock album, containing songs that define the band as writers and players. A record built on the passion and commitment of its members, with an eye on modernity and the human condition, and at this moment in history, have we ever been more challenged? Well, Wayward Sons intend to defy the times and bring a little hope to rock n roll!

Passionate, honest music made by passionate honest musicians who have come together to create rock music that reflects their heroes from the ‘70s and ‘80s, while also touching on the present – modernity through homage, if you will.

The return of former Little Angels singer Toby Jepson to the UK rock scene with Wayward Sons was a welcome event in the British hard rock music scene when it transpired some five years ago. After the overwhelming success of Little Angels, including a number one album, millions of records sold, massive sell out shows and numerous hit singles, Toby had been busy in the prior years in movie work as well as performing with Fastway, Gun, and Dio’s Disciples and producing albums for numerous bands (Saxon, Fastway, The Virginmarys, Toseland, and more).

His heart, however, was always in writing and performing and so the concept of Wayward Sons was born – a new band, built for playing live. A new direction with Toby’s songs taking centre stage was introduced on the debut album “Ghosts Of Yet To Come”. The album was greeted with outstanding critical acclaim and earned Wayward Sons the title of “Best New Band” at the Planet Rock awards 2018. More and increasing success followed with the release of the sophomore album, “The Truth Ain’t What It Used to Be.”

In support, the band played an outstanding number of shows in and outside the UK, either as a supporting act for Saxon, Inglorious, Steel Panther, Living Color and UFO or at such festivals as Download and Ramblin Man Fair and of course their own run of headlining dates.

As is their modus operandi, the band will hit the road in earnest in support of album number three, “Even Up The Score”.

Mike Ross Releases his Strong, Sardonic, Double A-side Digital Single: ‘The Only Place You Ever Take Me Is Down’ and Premieres Video