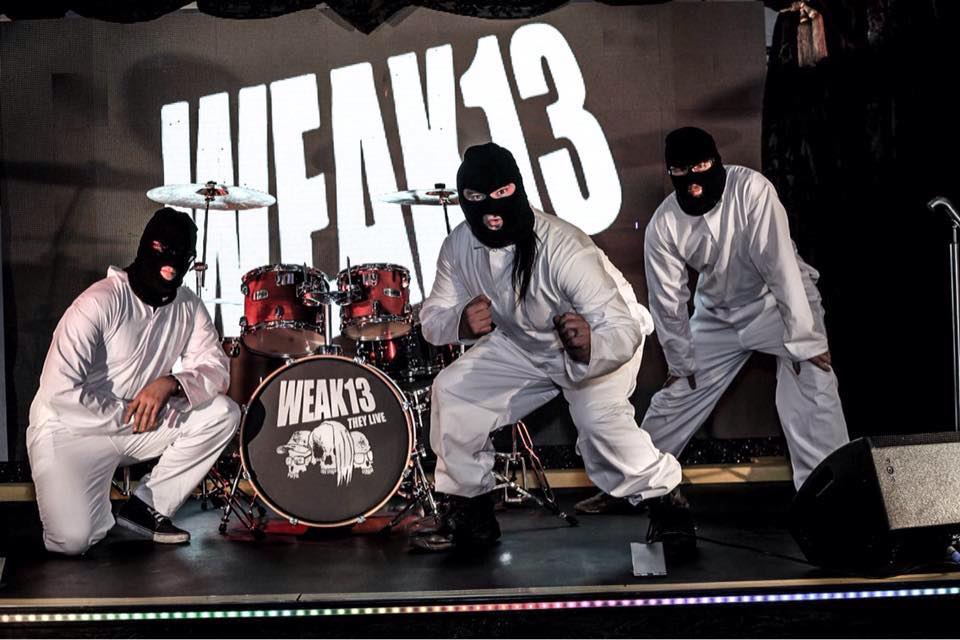 British underground post punk band WEAK13 have released a new music video for their song “Obey The Slave” from their 2016 album They Live. The music video was filmed in a real English magistrates court and revolves around a theme of law and order. The song raises questions about authority and activism with thought provoking lyrics and proudly shouts “Don’t start a revolution. Have a revelation and share. Wake up”. Check out the video below.

The band is currently preparing to record their second as yet untitled studio album with producer John Stewart at FrEQ in Coventry, England. Speaking to the website, frontman and guitarist Nick J Townsend revealed “We were so impressed with the engineering by Stewart on the They Live album; it’s important news that we’ll be able to work with him again and we know already that he’ll do the new material the justice it deserves”. The They Live album contains the song “Obey The Slave” and is only available from