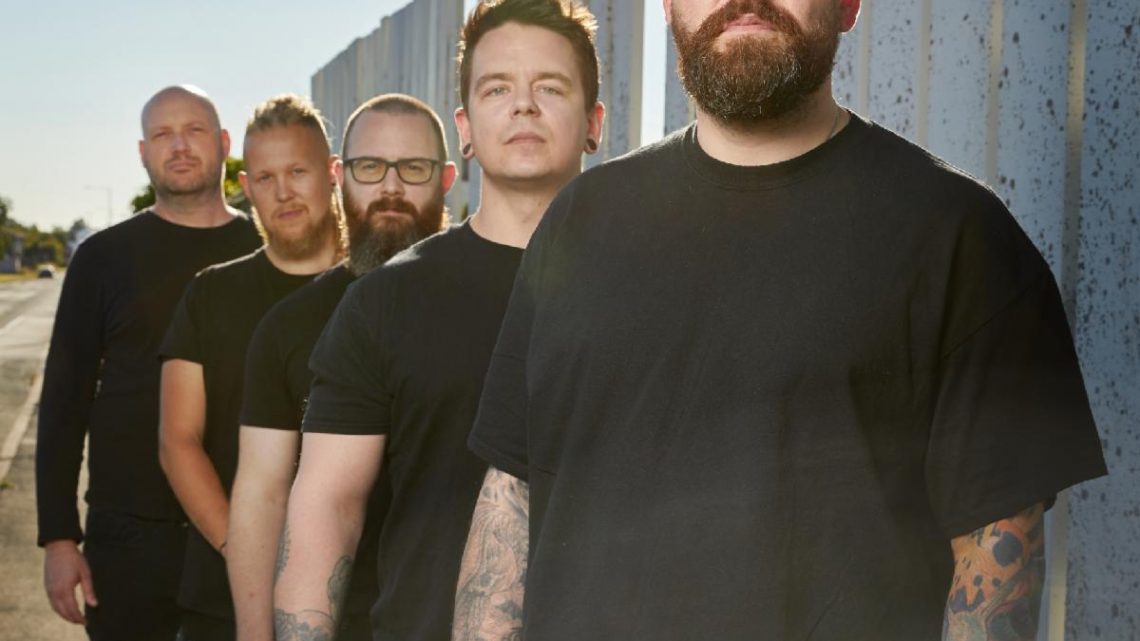 18th July 2022 0 By John Deaux
I FIGHT BEARS are excited to share they are the winners of the South Wales Grand Final of the Metal 2 The Masses competition, earning a prestigious slot on Friday 12th August on the New Blood stage at Bloodstock Open Air festival.
Metal 2 The Masses is the well-established, grass roots initiative from the 20,000 capacity heavy metal festival, hunting out and championing the best new talent from all over the country. Bands apply to compete in multiple regional heats all around the UK, with the victors of each concluding final offered a slot at the festival, which is held in Catton Park, Derbyshire from 11th-14th August, 2022.
The South Wales final was held in early July at Fuel Rock Club in Cardiff, with six remaining bands competing on the night and two additional performances from previous winners. With the group delivering consistently technical, professional, and mind blowing performances throughout the competition, the final’s judge was none other than Bloodstock’s own Simon Hall, founder of Metal 2 The Masses, who declared I FIGHT BEARS, “‘one of the tightest bands I’ve seen.”
I FIGHT BEARS reflected afterwards, “It’s a surreal experience, but we don’t consider ourselves ‘winners’ in the traditional sense. We are the chosen representation of the exceptional South Wales metal community. We entered the competition with best intentions, but no idealistic views of a particular outcome. M2TM has always been a staple institution, and a culmination of everything the scene has to offer. What better way to promote our new EP than to share it with that community that has supported us over the years? We were rewarded with the highest possible recognition for that by the fans, and by the judges, and we intend to hit the New Blood stage HARD”.
Those going to Bloodstock can expect to hear pulverising riffs galore from I FIGHT BEARS, including tracks from their latest 5-track EP, ‘Liberosis‘. On its release in late June, Metal Hammer praised its “bristling potential”, awarding it 8/10 and stating, “bursting with fierce riffs, rhythms, and powerful dual vocals, this is another worthy arrow in their bow.” Check out an in-depth track by track with Distorted Sound here and read how the iconic Stan Lee inspired latest single, ‘Beacon‘. The eye-catching artwork was created by I FIGHT BEARS bassist/clean vocalist Drew Hamley.

Drew adds, “Liberosis is a culmination of 2-3 years’ work, demoing, re-writing and re-tooling these 5 songs to a place we are all happy with. For us this EP is a step in a new and fresh direction, shifting the overall timbre and re-imagining what I Fight Bears means as a band moving forward.” 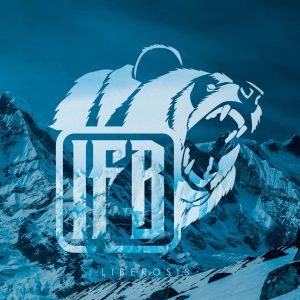 About I Fight Bears:
Merging modern metalcore and rib-crushing, no-holds-barred heavy metal, I FIGHT BEARS lace brawny riffs and pile-driving rhythms with a two-pronged vocal attack that will flatten anyone within range. The Welsh metal crew started with a bang 5 years ago, unleashing their self-titled debut album in 2018, which promptly garnered glowing comparisons to Lamb Of God, Parkway Drive, and Killswitch Engage. Unsurprisingly, industry bible Metal Hammer were early champions, exclusively streaming the album and giving the band one of their first features. I FIGHT BEARS’ profile rose further with the release of the unexpected, fully-endorsed cover of Spandau Ballet’s classic ‘Gold‘ which has now racked up over 200,000 plays on Spotify alone. The band’s live chops have been honed over many miles on the road, including stints with Bleed From Within and The Word Alive.

The UK riff slingers returned last year with the scorching track, ‘Chainbreaker‘. The single indicated the rebirth of the band and gave fans a first taste of what was to come on their acclaimed new EP, ‘Liberosis’. Blistering next single ‘Damaged World‘ soon followed, and saw Kerrang! Radio keen to fight bears too with a first play on Alex Baker’s Fresh Blood show. Now, with latest single ‘Beacon‘ and their slot on Bloodstock’s New Blood stage ahead, I FIGHT BEARS are not only firmly looking forwards, but making a bold statement of future intent.
Official Websites:
http://ifightbears.band/
Listen on Spotify