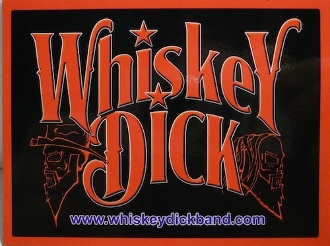 Whiskeydicks return to the UK 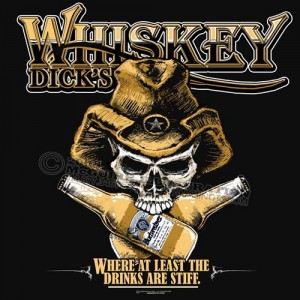 Cult favorites WHISKEYDICK return to the UK this March to blow minds with a double barrel blast of dreadnaught shredding and hillbilly bellowing that makes you want to knock back a shot, stand up tall, and holler “Oh-Hell-YeeHaw!”

The Fort Worth duo carry on the Texas traditions of super-powered guitar slinging and clever songwriting that make lone star music a worldwide curiosity, except Reverend Johnson will remind you more of Dimebag Darrell than Billy Gibbons and Fritz remains more lyrically akin to David Allen Coe than Robert Earl Keen.

WhiskeyDick‘s live show is a true spectacle: two giant, tattooed, mean-looking dudes saunter on stage and sit down on 2 chairs, then pick up acoustic guitars and proceed to amaze everyone by generating more power than a full band by means of Fritz’s deep, rich vocals, Johnson’s unapproachable acoustic guitar heroics, and their triumphant songwriting.

It’s their approach to music and the message they carry that’s resonating with the legion of Dimebag Darrell‘s fans and viewers of hit tv show ‘Sons Of Anarchy‘ which has resulted in the duo’s song ‘Drunk As Hell’ fast approaching 1 MILLION views on You tube.

Fritz and Johnson return to the UK in May 2015: