Back in 1984, Slide It In was the 1st Whitesnake album I’d heard and it holds a very special place in my heart to this day. So when I was asked to review the 35th anniversary edition I jumped at it.

I shall start with LP 2 as it’s the UK mix and the mix I’m more familiar with. Firstly it sounds brilliant. As if the original tapes had been freshly removed from the oven after baking to get that fresh transfer. Cozy Powell has so much more power drum wise on this UK mix. The kick drum has that awesome thump and combine that with the bass of Colin Hodgkinson gives it that huge wallop that Martin Birch was famous for producing (check out the Iron Maiden albums from 1982-1984, Deep Purple 74-76, Rainbow 75-78 and Fleetwood Macs album, Penguin for more examples)

Coverdale sounds phenomenal as does the guitars of Micky Moody and Mike Gallery. Quite simply this album sounds fresher than a freshly plucked daisy. It’s so hard to believe that this album has turned 35 (despite all of the double entendre lyrics and song titles)

The US mix by Keith Olsen (which was released 1 year later) is good but there’s more top end so the cymbal hits are more apparent so that initial wallop has been replaced. The addition of overdubs by John Sykes (Guitar), Neil Murray (bass) and Bill Cuomo (keyboards) also detracts from the original release.

This mix has a more commercial (dare I say) radio friendly feel to it. It’s easy to see why this was the making of Whitesnake in the US as it’s a ‘clean’ mix. It just didn’t pump my nads as much as the original recording.

Is this anniversary edition well worth the purchase? Simply put, yes it is. No matter what version of Slide It In you’ll prefer there’s no denying it’s a great album.

Have I retired my original pressings of the CD and record in favour of this version? YES I HAVE.

The sound is just outstanding and the fact that it’s on heavy (180gm), unadulterated plastic is a bonus. Thanks to the new pressing techniques, the stylus has more room to breathe in the groove therefore accentuating every analogue nuance available.

In summary, I still love this record. 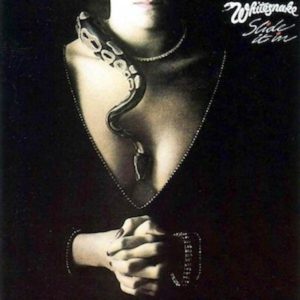