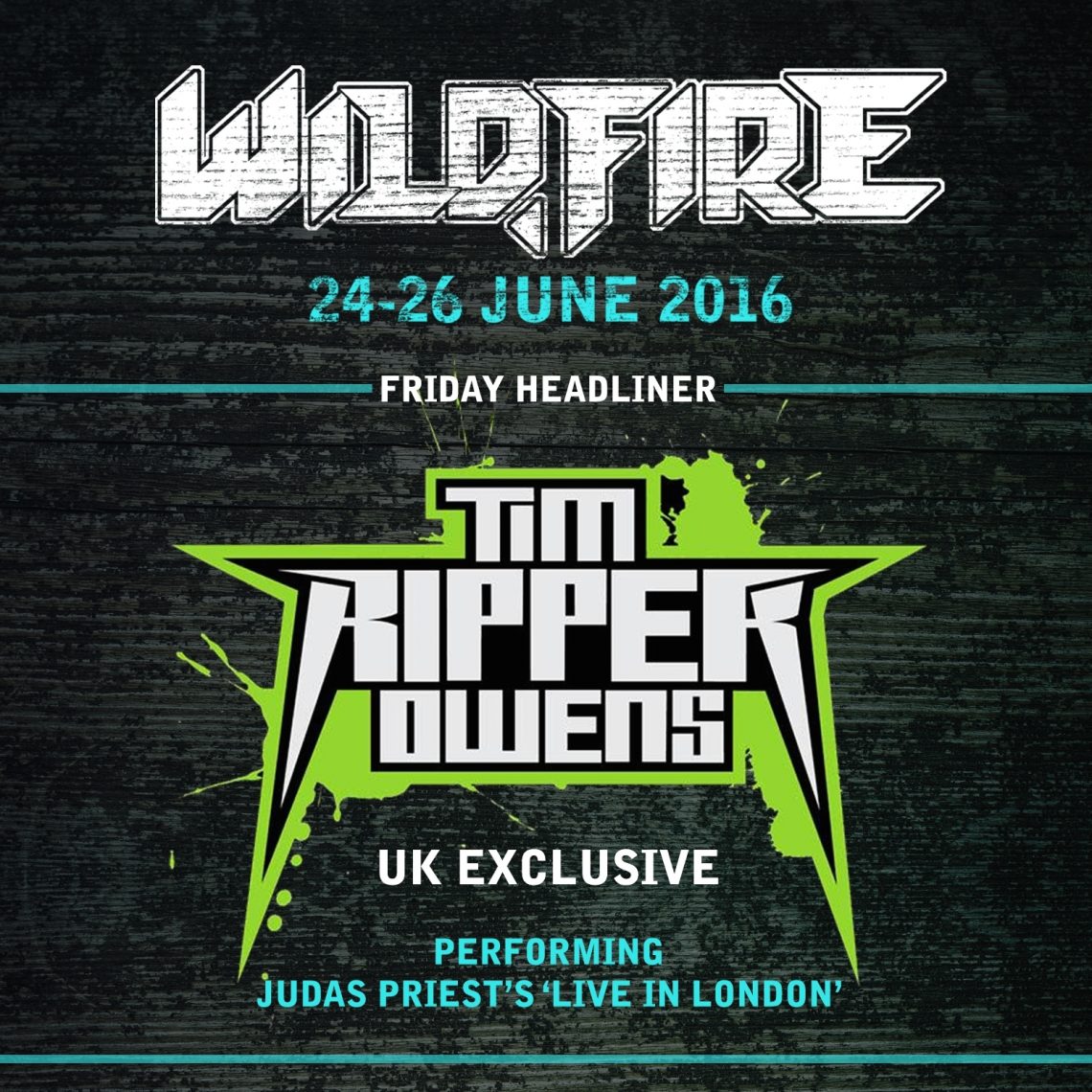 Wildfire Festival, Scotland’s only 3 day rock and metal festival returns in 2016 to celebrate its 5th anniversary. The now well established and highly acclaimed event returns to Wiston Lodge, with 3 stages over 3 days and, with over 60 acts, bigger and better than ever before!

Festival Director Dave Ritchie states “This is a bit of a coup for us in 2016 as Tim – who is very passionate about supporting grass roots events – will fly in from the US, to perform tracks from the Judas Priest Live in London album… and for die hard fans you will get to hear tracks from both Demolition and Jugulator!”

“But we have a whole host of other great bands confirmed too” he says, “including, the highly acclaimed rockers, Colour of Noise, Hellbound Hearts featuring Danny Lambert (ex-Terrorvision) the hardcore metal of RSJ and Ireland’s Screaming Eagles, to name a few.”

“We had a strong contingent of NWOBHM followers last year” continues Ritchie, “So in addition to Soldier, already recently announced, we add the might of The Deep and Spartan Warrior to the 2016 line up and we still have our eye on a few more!”

“With our minds very much focused on the 5th anniversary element we have also invited back some of our favourites from the previous 4 events including groove metallers, Mad Hatter 2.0 and another Northern Irish metal act, Sinocence, both previously very well received.  The final act in this our second announcement are All Consumed who make the journey north for their first ever Wildfire and impressed our scouting network recently, in Dundee.”

Tickets are currently held at 2015 prices are still available for a short time as are a very limited number of day tickets for Friday’s very special performance.