Wille and the Bandits’ Frontman Releases single and reveals video ‘Houses on the Sand’ to Help the Homeless: Video, Single and EP Now Out!

In the cold, grey, rainy lead-up to Christmas, Wille Edwards – Cornwall-based musician, eclectic songwriter, and frontman of internationally-acclaimed band Wille and the Bandits – has been working to raise much-needed awareness of the crisis of homelessness throughout the UK.

Through a special solo Winter tour, Wille has been supporting several frontline charities that do valuable work to provide relief, support and ways forward for those afflicted by the blight of homelessness. Through the tour (including gigs played for the homeless) Wille has sought to gain insight into the lives of some of the UK’s 320,000 homeless. He’s also raising funds through the release of a special single and EP House on the Sands, Out Today!

Wille performed solo at seven venues across the UK. Journeying between gigs, he spent time with  local charities that offer support for those who find themselves homeless or at risk, and met people for whom homelessness is not a statistic but a harsh, lived reality: day to day; night to night. Along the way, he performed in night shelters and on the streets. Some of the charities involved included DENS in Hemel Hempstead, Winchester Churches’ Night shelter, and ARC in Taunton.

The tour has been followed by release of a single, ‘Houses on the Sand’:  a powerful, heartfelt anthem. In its lyrics, we hear from the perspective of one of the homeless what it’s like to struggle, having fallen through the net of a broken system. Musically, the song builds up a mesmeric crescendo, with the soundscape capturing a mood of desperation and anger. ‘Houses on the Sand’ is available to download from https://www.willeandthebandits.com/ for the price of a donation that will go to support the charities that Wille visited on tour.

“The music video was shot while on the road and features many of the places we visited on the tour,” Wille explains, “The whole experience was deeply moving and really highlighted the huge homeless problem we have in the UK. Along with the powerful lyrical content of the track, we hope the visuals can also engage people to support the great work these frontline charities are doing through donating money and raising awareness.”

Wille also adds, “Anyone looking for a Christmas presents –  I am selling physical copies of my single ‘Houses on the Sand’ with 2 bonus tracks for £5 minimum donation with all the proceeds going straight to the homeless charities I visited on the tour. Can’t think of a better present to help the many people out on our streets this Christmas and also enjoy original music.” 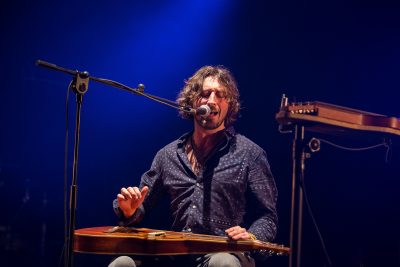 Sales are on the way to raising two thousand pounds  for these worthy causes, helping the homeless, so this Christmas why not send some love and hope by buying the single or EP?

BEHEMOTH launch pre-order for tour edition of I Loved You At Your Darkest, out Jan 24