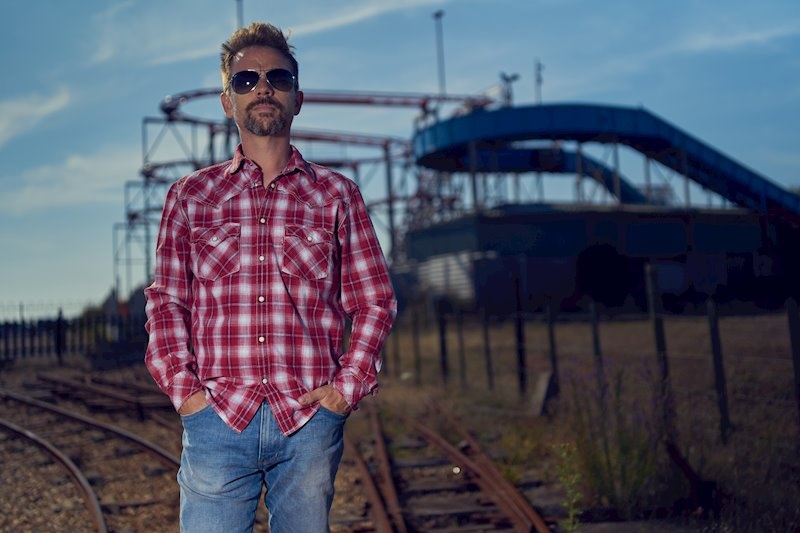 TJ Walker is proud to release of his 10-track debut album‘The Long Game’ (out now on the Walk the Walk label).  What’s more, to coincide with the album’s release, TJ is also delighted to release a video single – unashamedly steeped in sentimental vintage Americana -that sings of how ‘Someday’ (the name of the song) we end up looking back, years later, on happy moments as the best of our lives.

TJ Walker is a multi-talented Country/Americana singer, guitarist and songwriter, who despite his passion and talent for the genres is based in the UK. TJ’s album ‘The Long Game’ really does take the term ‘solo album’ literally. Not only did he write, sing, and play all the instruments throughout the album, he also recorded and produced it in his well-equipped studio at home!

“I’ve played all the instruments myself on the recording,” explains TJ, “using the technology to allow me to not just layer up parts in isolation, but playing and reacting to the other instruments as if it were a live band playing together in a room… .like a time- lapsed jam-session.”

‘The Long Game’ is a labour of love for TJ, drawing together the rich repertoire of original Country and Americana material he has created, inspired by music he loves and artists he admires.

As he explains, “My debut album ‘The Long Game’ contains 10 songs that I’m very proud of, combining the influences and funky Country grooves of The Band, Brothers Osborne and Little Feat with the stories and imagery of my favourite lyricists like Jason Isbell and Lowell George. There are road songs, love songs, sentimental songs, outlaw grooves, acoustic laments; along with the stories, the guitar plays a big part – there’s chicken pickin’, slide guitar, pedal steel, flat-picked acoustic and even some banjo!” 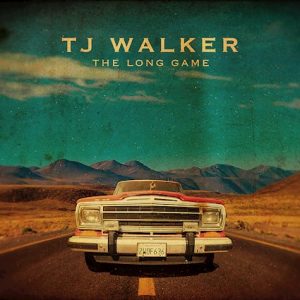 Regarding the album’s release and the success of the singles already released from it, TJ says “I’m excited that today my debut album ‘The Long Game’ is released.  The singles from the album have already been streamed in excess of 30K on Spotify. I’m also releasing a video today of the song ‘Someday’ from the album: it’s a nostalgic song about being young and in love — about a romance in the last throes of youth before having to grow up!”

The video for ‘Someday’ features TJ on a beach, singing about moments of shared happiness that get looked back on in days to come, with smiles and affection, and perhaps a shot of wistfulness.

“Someday, someday – this is what we’ll call the time of our lives!

“Someday, someday, when we got the money but we don’t have the time.”

Accompanying TJ’s eulogy to sweet memory and nostalgia are almost rose-tinted archive clips of Americana from what are now bygone days: seaside frolics in bathing caps, curvaceous now-classic cars, driving the freeways under the Summer sun, happy ‘50s couples like the man striding on the cliff top in a snazzy sports jacket, hand in hand with the woman sporting a swing skirt.

If you’ve a taste for fresh, original Country and Americana talent, great storytelling and songwriting, combined with varied and skilled guitar work, check out the video single for ‘Someday’ and TJ Walker’s fantastic full, 10-track debut album: ‘The Long Game’. You’ll find both full of win!