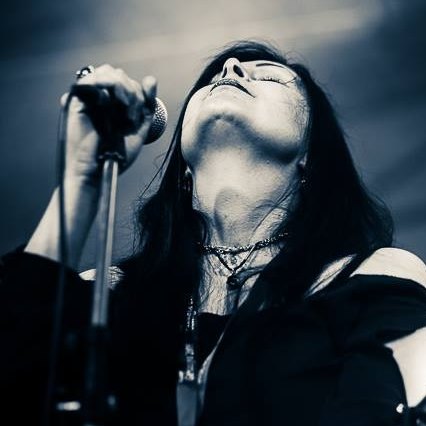 19th January 2021 0 By John Deaux
Horror Pain Gore Death Productions have signed French female-fronted Gothic Doom/Death Metal act Wintereve. The new album October Dark is up now for pre-order and will be released February 19th on CD and Digital formats. October Dark was Mastered by Dan Swanö at Unisound Studio.
Hailing from France, Wintereve formed in 2013 and perform female-fronted Gothic Doom Metal. October Dark presents 8 tracks that convey the innermost sense of artistic and poetic beauty through sorrow, darkness and depression. Wintereve showcase haunting melodies, soaring female vocals and growls of despair throughout 55 minutes of Doom laden Gothic Metal. October Dark was recorded by Didier at Mastercut studio, and Mastered by Dan Swanö at Unisound Studio. For fans of Therion, Paradise Lost, Tiamat, Katatonia, Dead Can Dance, Draconian, Dark Sanctuary and Trees Of Eternity.
Listen to the track “Call of the Void” at youtu.be/pzkJfVcCLVk
Pre-order the split on CD and digital at hpgd.bandcamp.com/album/october-dark
Pre-save this release on Spotify, Apple Music, etc. at https://ffm.to/wintereve
TRACK LISTING:
1. Olima
2. Sea Of Suffering
3. The Quiet Desperation
4. October Dark
5. Call Of The Void
6. Forgotten
7. To Die In Your Arms
8. Down The Path To Perdition