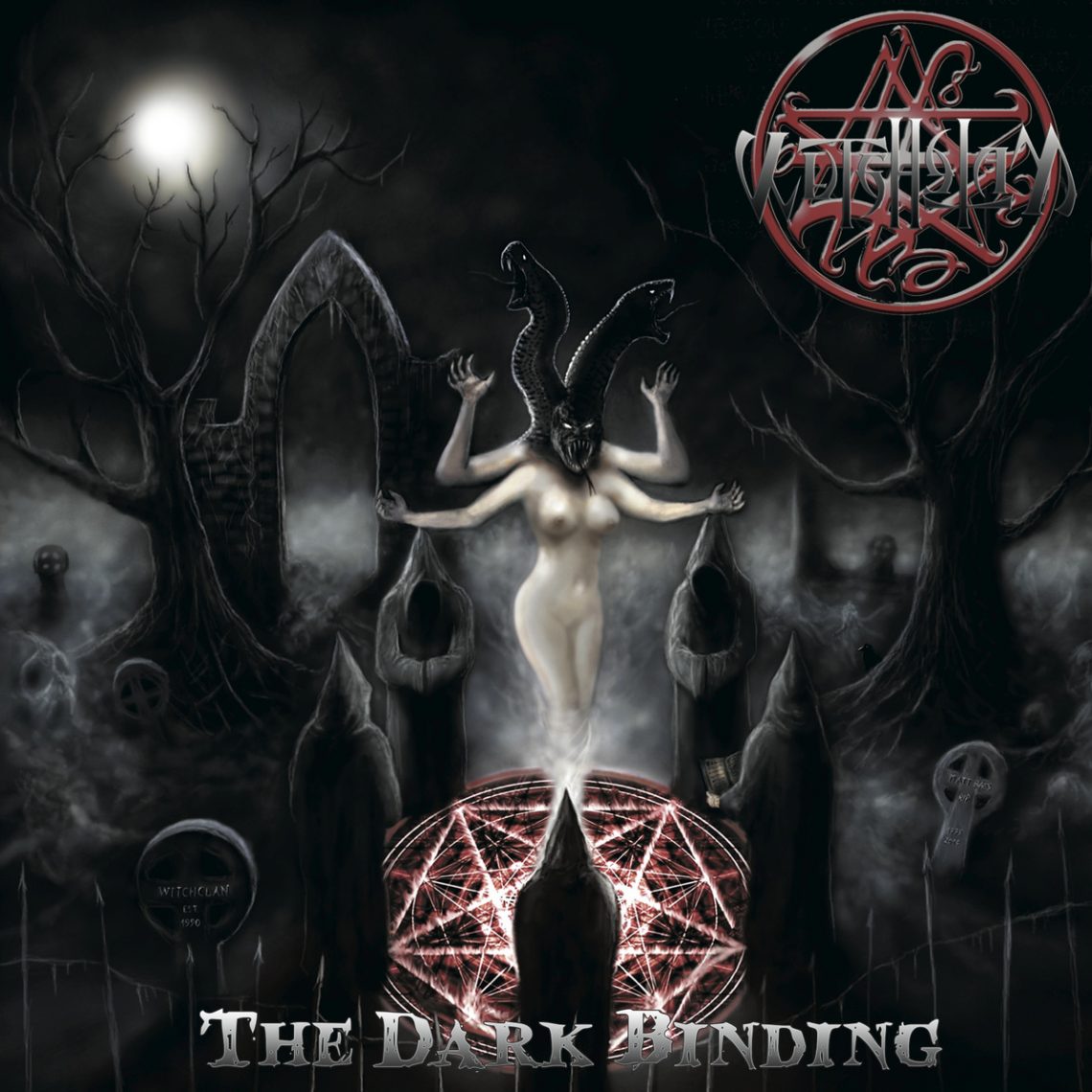 Witchclan are a band that originally formed in the ’90s, they released a couple of demo’s (which are now as rare as rocking horse shit) until they split up. Roll forward 17 years and they reformed…well I say “they”, what I meant is Witchclan is back but as a one man band – all vocals, instruments, music and lyrics are composed by Matt Bass.

The Dark Binding is the 2nd Witchclan album and in all honesty this is my first exposure to them – in fact, if it wasn’t for the massively successful “Metal Collectors Society” group on Facebook I probably wouldn’t have heard of them (Matt is also the founder of that page).

Although this album is essentially Black Metal, Witchclan say that their genre is ‘Bestial Hell Metal‘ and that “if you are a fan of the early 90’s Necro Black Metal sound then it is worth checking out Witchclan”. This is very much true, think along the lines of early Burzum and you wouldn’t be too far offtrack.

The production on the album is very raw sounding, this is something I am sure Matt was aiming for and he has pulled it off very well. Personally, I am not a huge BM fan but the older I get, the more I respect the genre and I love the atmosphere of this Witchclan album, however I will be honest and will admit that when I first heard it I wasn’t overly struck on it but I have come back to it today with a fresh mindset, pressed play and simply let the music and atmosphere embrace me – I am really glad I came back to it and didn’t just write it off because I would be missing out on something really great!

Black Metal is probably the deepest and most complex genre of metal. Bands don’t only sing and play about Vikings or the devil and most people don’t understand Black metal because they don’t understand its purpose, which is to create an atmosphere. The song structure and sound is there to make you feel like you are in a cold Norwegian winter, the depths of hell or a dark forest in the deepest depths of Scandinavia.

Black Metal is a very much misunderstood genre on the “metal spectrum”. It requires large amounts of skill to produce black metal vocals, and play on other instruments. Some will say this is the easiest genre to play, because you can just pick up a guitar and start playing it or you can just pick a microphone up and start screaming down it – if you are one of these people then let me start by welcoming you to try doing it first and you will soon see that you are wrong.

1. Descend Into Darkness (Intro)
2. Worms of Hypocrisy
3. Treading On Angels
4. Dawn of the Serpent Kings
5. Beyond the Seventh Gate
6. A New Dawn
7. Paths to Immortality
8. Crossing of the Spheres
9. Neverending Funeral
10. Descend Into Madness (Outro)

Podcast Episode 10: Every Day’s A Holiday With Mordred