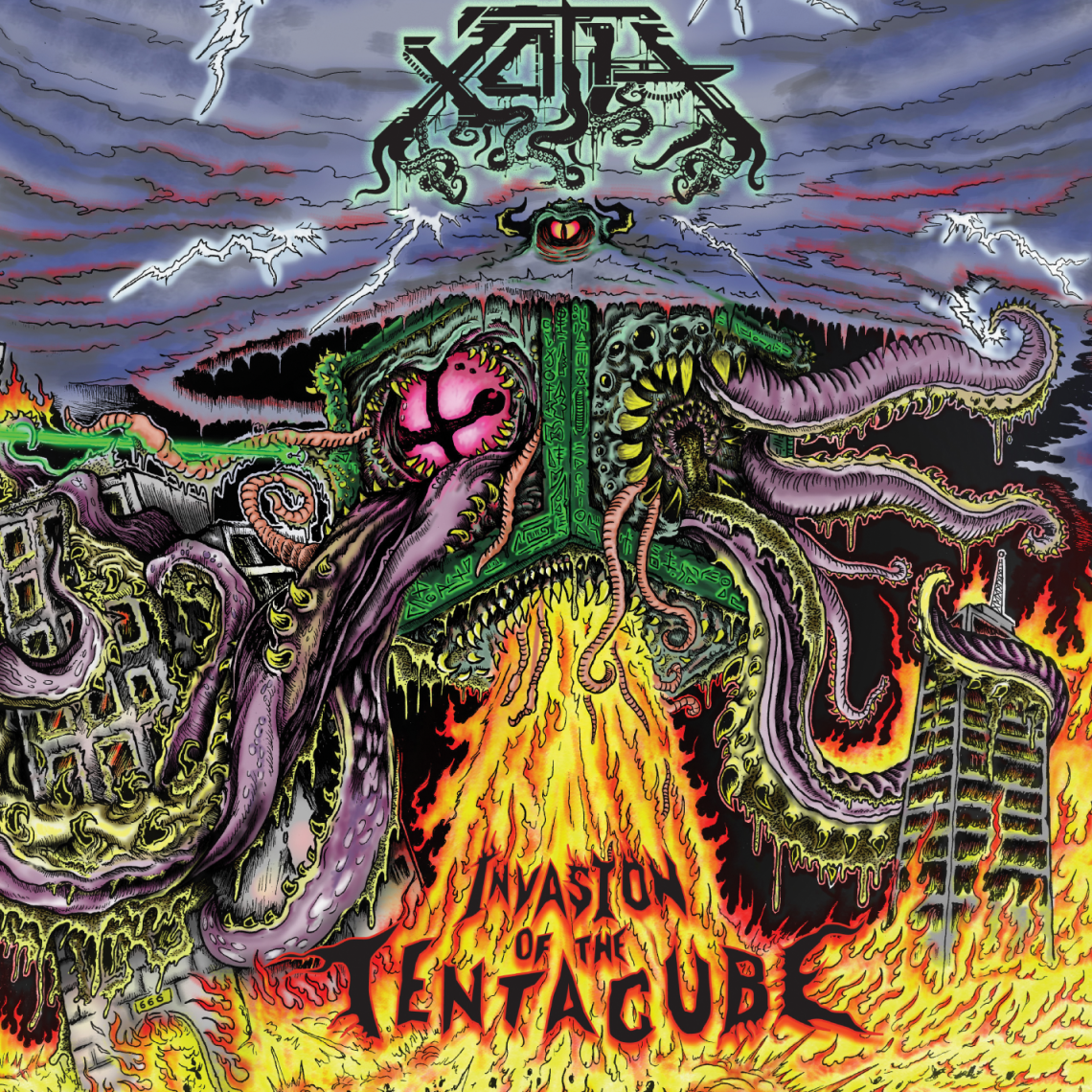 Seattle’s finest blackened death metallers Xoth are on the cusp of releasing their thrashy debut, Invasion of the Tentacube. Following the release of their EP, Hostile Terraforming, in 2014, Xoth maintained a strong live presence in their hometown while crafting their debut full-length. Heavily inspired by the works of H.P Lovecraft, Invasion of the Tentacube is, at the very least, an interesting listen for any metalhead fan of Lovecraft’s work.

From start to finish, Invasion of the Tentacube is an utterly brutal assault on the ears. A hefty mix of thrash and death metal, with a strong blackened influence, Xoth’s sound is interesting and enjoyable. However, the abrasive nature of Xoth’s sound can grate on the ears after a while. But the length of Invasion of the Tentacube is perfect – long enough to keep you enticed, but short enough that it is wholly enjoyable. Across the album the guitar work is absolutely stunning – the riffs are heavy, and the leads are face-melting.

Tentacles of Terror opens the album with a seriously sinister, yet groovy, riff. There is, shock-horror, audile bass, which adds a layer of meat to the cold, raw sound. The blast-beat heavy Transcending the Energy Harvest is filled with some more evil riff work, and features some earth-shattering growling that provides a touch of variety to the harsh shriek featured for the majority of the record. Ancient Sentient Ooze is a short, punchy masterclass in savagery with some truly beautiful solo work, while Universal Death adds a new, epic layer of atmosphere, melody and sheer brilliance.

The only real issue ith Invasion of the Tentacube is the vocals. There is not enough vocal variety, and the raw, throaty hiss can become a bit monotonous after a while. Mixing things up a little more with the vocal techniques would go a long way. Otherwise, Xoth have crafted a truly horrifying debut. Fast, abrasive and heavy, it is everything one would want from a blackened death/thrash band. Hail Cthulhu!

Invasion of the Tentacube Information 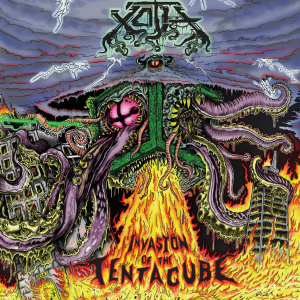 For fans of…
Bal-Sagoth, Vektor, Absu

Check out Xoth on Facebook, and pre-order Invasion of the Tentacube here!