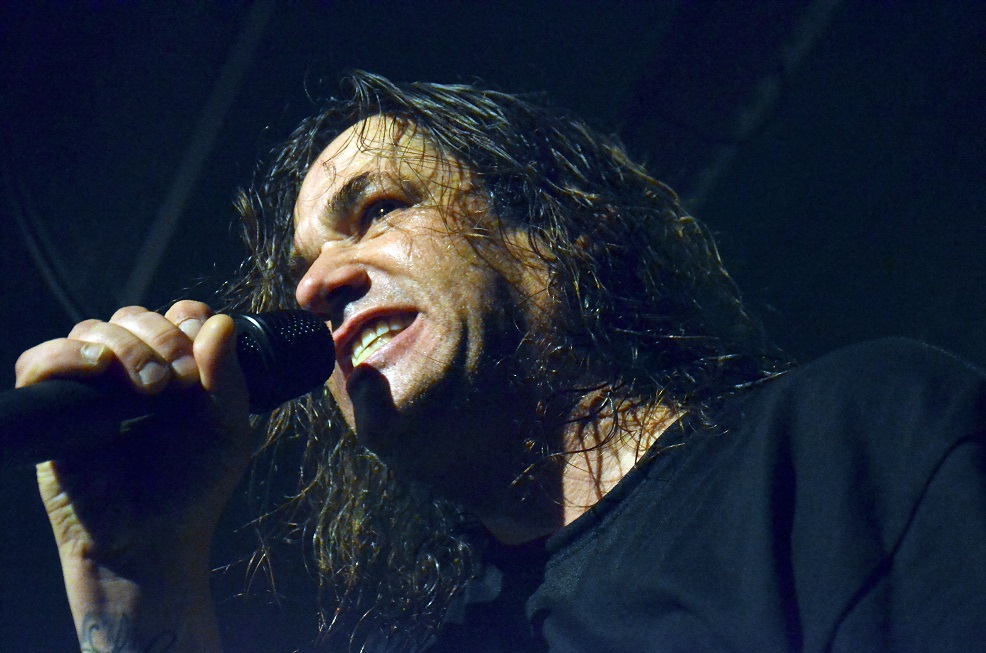 Steve ‘Zetro’ Souza, who previously fronted EXODUS from 1986 to 1993 and from 2002 to 2004, has rejoined the band as replacement frontman to Rob Dukes. Zetro says: “I spent a great part of my life with EXODUS. That blood flows through me, [and] even not being in the band for the past 10 years, you can’t erase that chemistry. I’m very excited!”

Gary Holt adds: “As a band, we all had to make a very difficult choice to part ways with [singer] Rob Dukes. We have nothing but love and admiration for him and the deepest gratitude for the hard work he has put in and the great work on some killer records. But at this time, Tom [Hunting, drums], Lee [Altus, guitar], Jack [Gibson, bass] and myself thought a change was necessary and the unanimous choice going forward was to welcome back Steve Souza [pictured] to the fold!”

Dukes joining the band had mixed reactions from the EXODUS fans. In a November 2013 interview with the San Antonio Metal Music Examiner, Dukes spoke about the criticism he has received from some of EXODUS‘ fans after he joined the band: “I try not to read into the comments on fucking Blabbermouth and all the fucking haters,” he said. “There’s certain people that won’t let go of the past. I realize, for the past, that’s what it is for them. They love the time in the past, and I get it. Not everything is better than the original, and I never claimed to be. Paul [Baloff, original EXODUS singer] died [in 2002], unfortunately, so he’s not here. So I’m carrying the torch. Zetro fucking quit. He fucking walked in one day — he didn’t even walk in. He just didn’t answer his phone and said, ‘I’m not doing this anymore.’ And he quit. And now he wants back. You know what? I think we’re heavier [now that I am in the band].

The first album, ‘Bonded By Blood’, was so fucking dark, dude. Lyrically and just darkness. And then I think they went in a direction that kind of took away the darkness of it. By the time I joined, they were back into the dark. They were moving back in that direction. I stepped in and I said, ‘I’ll carry the torch. I’ll fucking do it. For the people that don’t fucking like it, go fuck yourself. That’s all I got for you. Fuck you, you know what I mean?”

The EXODUS albums that Zetro sang on are among the best the band have ever recorded: