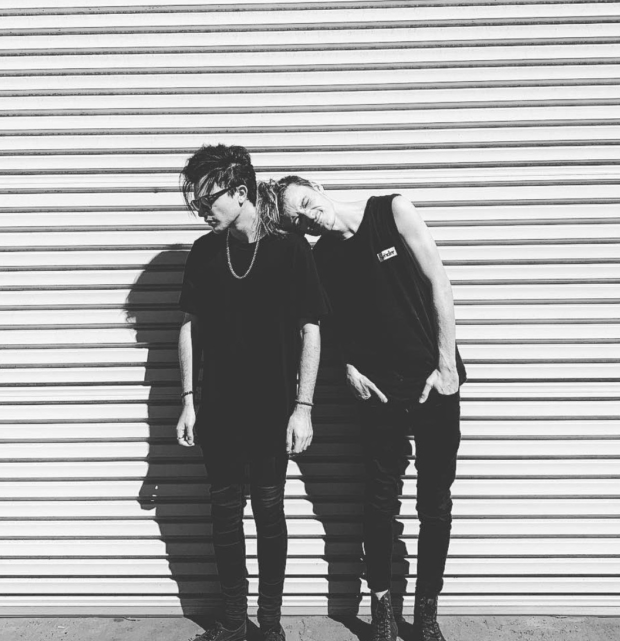 ‘Demons’ is a dark emo anthem about battling the conflicting voices in your head, questioning existence and self-medicating to relieve the pain. Produced by Matt Good of From First To Last, it features creeping guitar riffs and a sinister trap beat alongside a huge post-hardcore chorus and Yung Gwopp’s confessional rap flow.

Speaking about the inspiration for the track 3REE drummer Sean Tighe says, “This song came to me in a dream, after a nightmare I had. I woke up in the middle of the night with the lyrics and melodies still distinctly in my mind. I immediately put it all down in a voice note and sent it to Mitch. It was that powerful.”

Continuing vocalist and guitarist Mitch Volcan says, “Sean sent me the voice memo and I quickly went to the studio with the verse he sent me and the chorus just came to me all in one go. It’s definitely from a dark place but it’s also the realest thing we’ve ever written.”

About the collaboration Yung Gwopp says, “When the boys sent me ‘Demons’ I was instantly a fan. I just knew I had to throw a verse down.”

The track received huge acclaim from the likes Kerrang who featured it in the Top 10 of their Kerrang Chart, while Rock Sound have championed 3REE describing them as, “Colliding epic melodies with fiercely energetic riffs and a raw rock ‘n’ roll edge, this duo are channelling their passionate stories of identity and belonging into killer genre-eschewing anthems that’ll blow your mind and eardrums.”

Since the band’s formation in 2019, with the release of their self-titled debut album that year, they have been quick to draw attention from further high profile names in rock. They are managed and mentored by iconic pop punk manager Rick DeVoe, who managed Blink 182 for over 20 years and has worked with New Found Glory, Angels & Airwaves and more.

3REE have also caught the eye of Fall Out Boy’s Pete Wentz and former Panic! At The Disco drummer Spencer Smith. The attention came via a mashup of the band’s tracks 3REE posted on their Instagram, which impressed Pete and Spencer so much it prompted them to reach out to 3REE. A relationship sparked and Pete and Spencer both now also help mentor the Aussie pop punks.