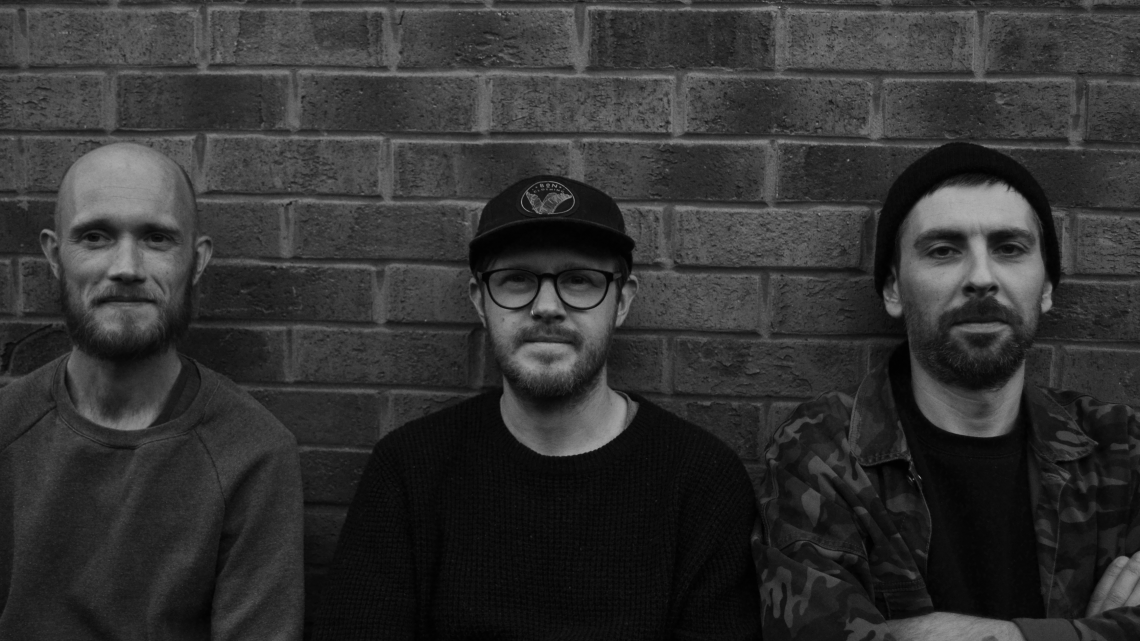 19th November 2021 0 By John Deaux
Midlands based math-rockers a-tota-so are back though not quite as mathy as you might remember them. When COVID19 hit the UK and the never ending lockdowns and lack of support for the music industry started signalling the end of live music for what many thought might be a very long time, a-tota-so decided to change things up and keep themselves busy working on their second album entitled “Lights Out”.
The biggest change sees the usually instrumental band enlisting a gang of their vocalist friends from the UK and Irish music scene, putting a fresh spin on their music and create something different this time around. Each of the 8 tracks boasts a different vocalist from the likes of Damien Sayell (The St Pierre Snake Invasion/Mclusky), Ashley Tubb (Sugar Horse), Jake O’Driscoll (God Alone) and Ellie Godwin (No Violet).
With most of the music being written during the first lockdown and recorded over winter 2020 at JT Soar, the legendary DIY venue and recording studio in Nottingham, the band sent a track to each of the vocalists they had in mind and they were given free reign to do what they wanted over the instrumentals. The result is an exciting and eclectic album which covers a wide range of genres and changes the bands sound completely.
Guitarist Marty Toner comments, “The album deals with a variety of themes including depression, anxiety, feeling lost and the general state of the world we are currently living in while providing hope that we can carry on with the things that we all love and enjoy in the future.”
First single “I am” is out now and features vocals from Aisling Whiting (Sang Froid) who comments,
“I am was sent to me at the peak of the pandemic, it gave me a source of release that I didn’t think possible during such insane times. Being asked to weave vocals onto such a beautifully emotive track was an absolute pleasure.
I felt challenged to feed some of my peak pandemic low points into the lyrics of this song, but also wanted to ensure the concept of there being a light at the end of the tunnel, however long that tunnel may be.”
Listen to the new single now: https://a-tota-so.bandcamp.com
Featuring members of Alright the Captain and Cheap Jazz, a-tota-so formed in 2016 after both bands went on hiatus and they went on to release their self titled debut album in 2018.
Since their formation they have gone on to tour the UK and mainland Europe appearing at  festivals including ArcTanGent, Bad Pond and Strangeforms alongside shows with the likes of Tera Melos, Alpha Male Tea Party, Memory of Elephants, Chiyoda Ku and more.
“Lights Out” will be released on the 11th March 2022 via bUTTONpUSHER and is available to pre-order from – http://a-tota-so.bandcamp.com
a-tota-so are: Marty Toner – Guitar, Jamie Cattermole – Drums, Chris Marsh – Bass
Guest Vocalists:
Jake O’Driscoll (God Alone)
Damien Sayell (The St Pierre Snake Invasion/ Mclusky/ The Plainviews)
Aisling Whiting (Sang Froid)
Kieran Hayes (We Come In Pieces)
Brian Scally (Ganglions / Anna’s Anchor)
Ellie Godwin (No Violet)
Jack Gordon (Irk / Platitude Queen)
Ashley Tubb (Sugar Horse)
Additional Musicians:
Josh Gesner (Polymath)
Keys Realf Greville Heygate – Violins and Cello
Recorded by Phil Booth at JT Soar Mixed and Mastered by Richard Collins at Snug Recording Co. Artwork by Simon Curd.
Soclal Media links
http://a-tota-so.bandcamp.com
https://twitter.com/atotaso
https://www.facebook.com/atotaso
https://www.instagram.com/atotasoband
Spotify –  https://tinyurl.com/uds2273x