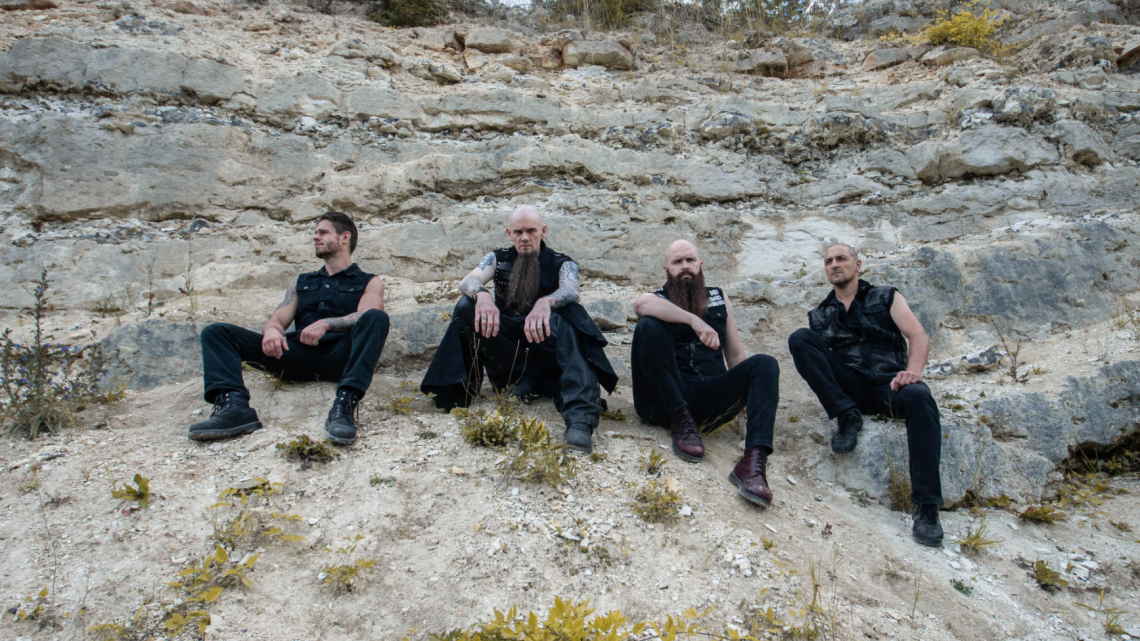 It’s time to know the third digital single from HEIDRA’s upcoming studio album. “To Hell or Kingdom Come” is the title track from the album and describes the beginning of the end of the journey for our heroes as they ride toward the final showdown. This song is by far the most majestic and dramatic of the three singles released, rising from guttural, brutal verses to epic crescendos, magnificent solos and a chorus that will have everyone singing along from the first listen.

Heidra is a Copenhagen-based metal band playing a mix of melodic, black and power metal with folk-themed undertones, powerful choruses, and brutal growls. The band was formed in 2006 and has been steadily growing in strength, in songwriting and as a live performing band over the years. Heidra released their debut EP “Sworn to Vengeance” in 2012 which was followed by the band’s first full-length album “Awaiting Dawn” in 2014.

These two critically acclaimed releases pushed Heidra forward and landed the band a series of concerts, including two smaller international tours with bands such as Ektomorf, Infest and Noctem, a Danish tour and support concerts in Denmark for folk metal giants Korpiklaani.

In 2016 the band were given a support slot on a full European tour in support of Ensiferum and Fleshgod Apocalypse. This propelled the band, literally and figuratively onto the international stage and opened the door to many new fans and new friendships. At the conclusion of the tour work began in earnest to a follow-up album, expanding upon and continuing the epic narrative begun on “Awaiting Dawn”. “The Blackening Tide” was recorded, produced, mixed and mastered in 2017, being released in the following year. Following the release, Heidra once again set out to conquer Europe, supporting Omnium Gatherum on their European tour in the fall of 2019.

2020 became the year of the Covid-19 pandemic, and, as most actual band activity had been stopped in its tracks, Heidra began working on their third studio album, “To Hell or Kingdom Come” – an album that would complete their trilogy of story-driven concept albums, “The Dawn Trilogy”.

“To Hell Or Kingdom Come” will be released in digital, CD and LP (two colours, each limited to 300 units) by Mighty Music on April 8th, 2022.