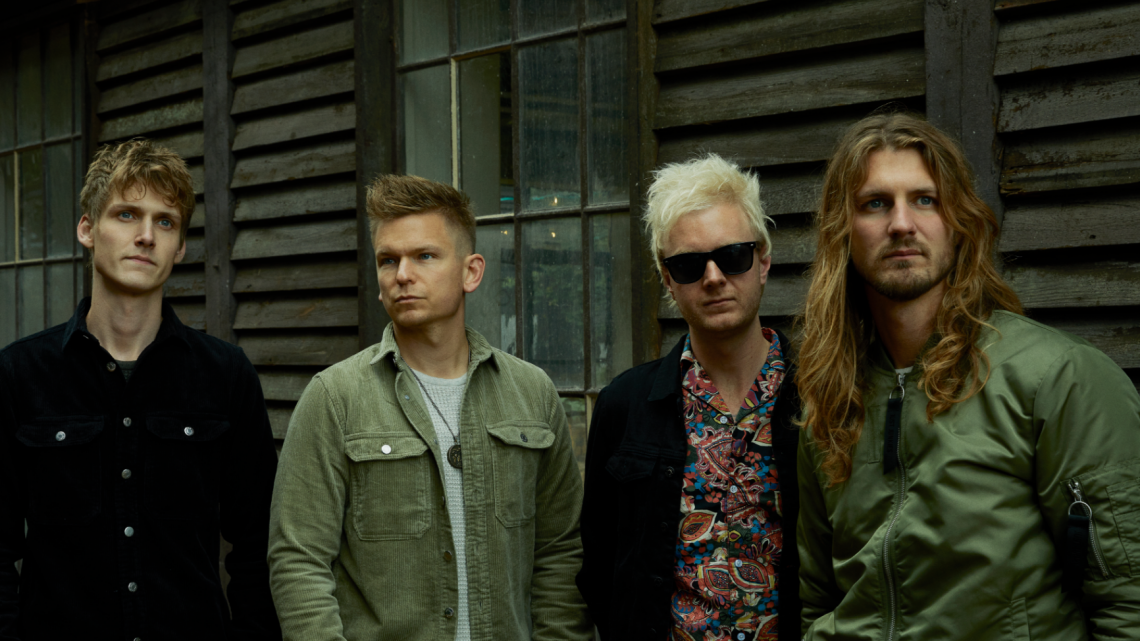 LUCER returns strongly with “The New World”, the first out of a series of videos/singles the band plans to release as a prelude to their new album, which is set to be released in the fall of 2021.

The new song is both the title track and the first taste of the Copenhagen rock band’s third album, which was recorded in close collaboration with producer and H.E.R.O frontman Christoffer Stjerne.

On “The New World”, the pure rock sound that many have come to know from Lucer’s debut album, is accompanied by both electrobeats and sync effects – and that is exactly the common thread throughout the album. It’s the sound of rock a la 2021, and a band that has really found their DNA.

“On the new album, we have fused the very rocking sound from (debut album) “Bring Me Good News” and the experimental approach that was characteristic of (second album) “Ghost Town””, lead singer Lasse Bøgemark explains. “It is our attempt to find out how rock music can sound today – rather than sticking to the old virtues”.

The well thought through sound universe is largely due to the collaboration with producer Christoffer Stjerne, who, according to Lucer, had a different approach in the studio than they have been used to. He is not afraid of challenging and trying new things, and it has paid off. “The collaboration has been incredibly intuitive and easy”, the producer says. “Everyone has been open and receptive to inputs, and this has resulted in us moving the boys into a more modern universe and flirting with more genres”.

Like Lucer’s first two records, the newest in the series is also created with live performances in mind. The Copenhagen rock band has made a name for themselves both at home and abroad with their explosive energy and exciting stage shows – and it does not stop with “The New World”. On the contrary.

“Many of our colleagues make a record because it is their work of art”, drummer Jonathan Nørgaard ponders. “But we have always done it the other way around; we made our albums as business cards so we could be allowed to come out and play, and that still applies. The new songs have been developed so that they sound good live, so we can give the audience the full-blown experience”.