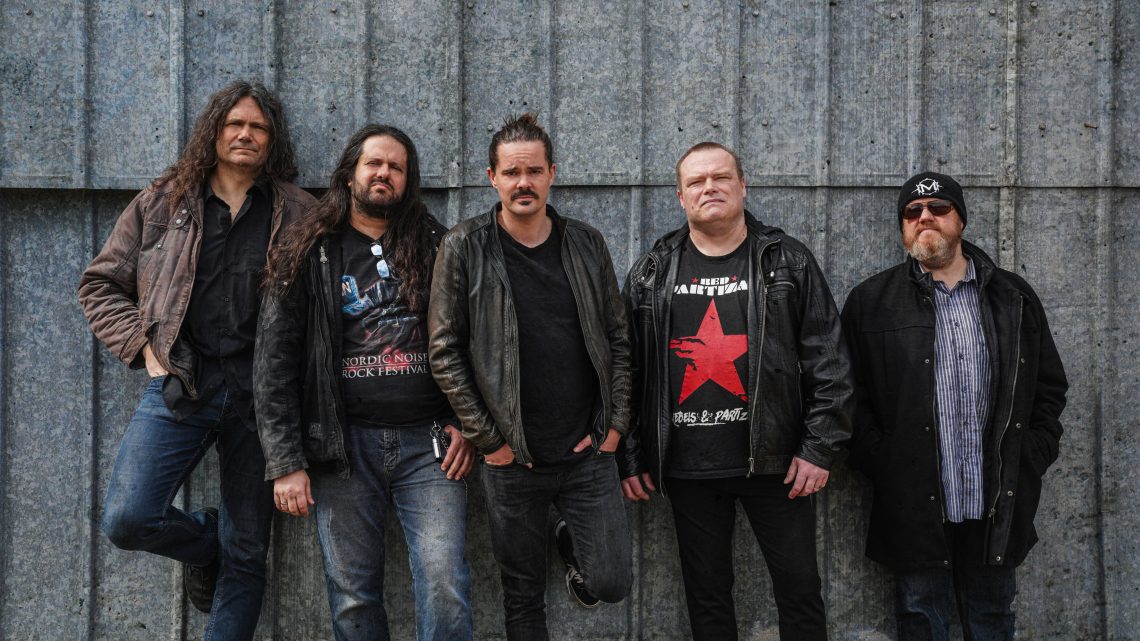 MERIDIAN stand out as one of the Danish bands taking the melodic heavy metal and hard rock crossover a step forward. Their approach see no stylistic boundaries, but their composition is careful and bursting with melodies and class musicianship.

Fresh from being signed to From The Vaults, the Danish five-piece release their new standalone video “Falling”, their first original song after the latest album “Margin Of Error” (released in 2019) and the covers EP “Taking Cover” (from 2020). “Falling” is a song with all the Meridian trademarks: a standout riff, a catchy melody and a dual guitar solo that connects the song directly to the heavy metal roots of the band.

“Falling” will also be an exclusive song in the upcoming label compilation “Heavy Metal Rock Vol. 1”, which will be released in vinyl format by From The Vaults.

It all started when drummer Klaus Agerbo and bassist Peter Bruun meet in Esbjerg, Denmark, and soon find that they share a great passion for old-school 80’s heavy metal. They decide to start a band based on that style and, joined by guitarist Søren Steffensen, the trio starts jamming old 80’s metal stuff. Singer Lars Märker joins the band in 2006, starting out playing rhythm guitar as well. This completed lineup starts writing their own songs, and quickly develop a clear musical profile. – Classical heavy metal with power and melody.

Two EPs were released in 2007 and 2009, while Meridian adjusted their line-up. In 2012 a huge leap was made when guitarist Martin J. Andersen joined the band. At the same, time the debut album started to take shape. The release came in 2013, with the title “Metallurgy”. “Breaking The Surface”, their second offering, was out in 2016 and it featured new guitar player Marco Angioni, who revealed himself as a pivotal member of the band, having also producer competencies. In 2019, Meridian’s third studio album “Margin Of Error” was released much to great fans and press appraisal. A year later, the Danish five-piece paid tribute to their influences with the cover EP aptly titled “Taking Cover”. A kind of formal ending for the first period in Meridian’s career and, while the future looks bright for the Danish band, they’re already an established powerhouse in European classic and melodic heavy/power metal.