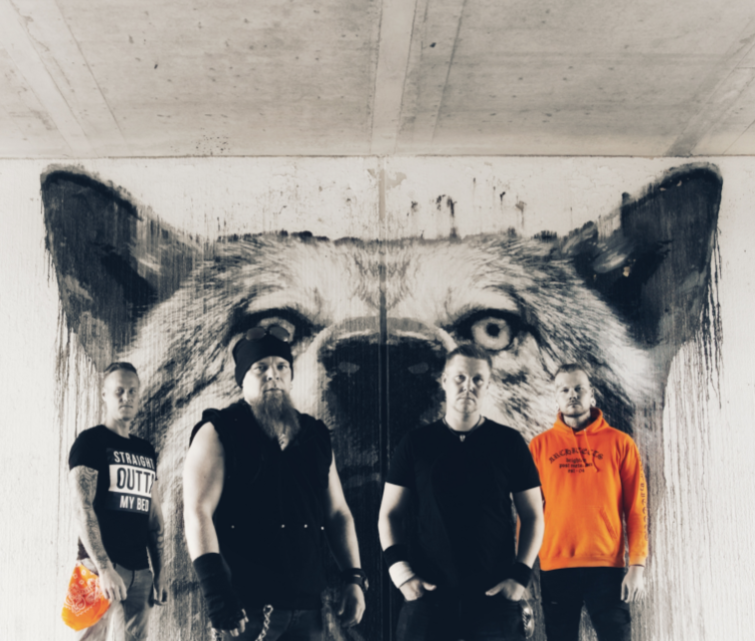 AATR UK Premier – AS I MAY – Breaking Myself Away Official Video

Gearing up the engines for their third studio album, Finnish modern metallers AS I MAY release their new single and video, for the track “Breaking Myself Away”. A song with all the elements that make As I May one of the hottest offerings in Finnish metal these days, “Breaking Myself Away” foreshows great features for the upcoming album “Karu”.

“In “Breaking Myself Away” we are using more vocal power with our three vocalists than ever before“, the band comments. “The guys have found their place and space better than before. Also, this song has more rhythm than any song we have ever written. The drums are huge! They sit well together with bass and it has those melodies that we are known for“.

As I May is a four-piece modern melodic metal band from Mikkeli, Finland – formed in 2016. The band combines modern elements, yet keeps focus on the heavier side of the music, and they sound like a modern-day US mixture of In Flames and Amorphis, so almost any metal fan would get a treat from listening to the music of these Finns! It’s a mature band, displaying a truly professional attitude towards the modern sound of heavy metal. The soul of the music lies within the catchy melodies and the big choruses.

The band released their debut album “Speak No Evil” in 2017, and got the attention of lots of fans and from the record label Rockshots Records, who decided to sign As I May for the release of their 2nd album “My Own Creations”, which was released in the summer of 2019. In Asia, the album was released through the label Spiritual Beast.

As I May played a wide array of local Finnish shows and were booked for a European tour, as support for the Brasilian powerhouse-metal act Semblant… and then Covid-19 reared its ugly face, postponing everything for everyone.

The tour is postponed until the spring of 2022 and in the lock-down period, As I May have spend the time, composing and recording their brand-new opus ”Karu” – a venture into more modern and direct in-your-face songs, which caused for UPRISING! Records to sign the band on a worldwide deal.