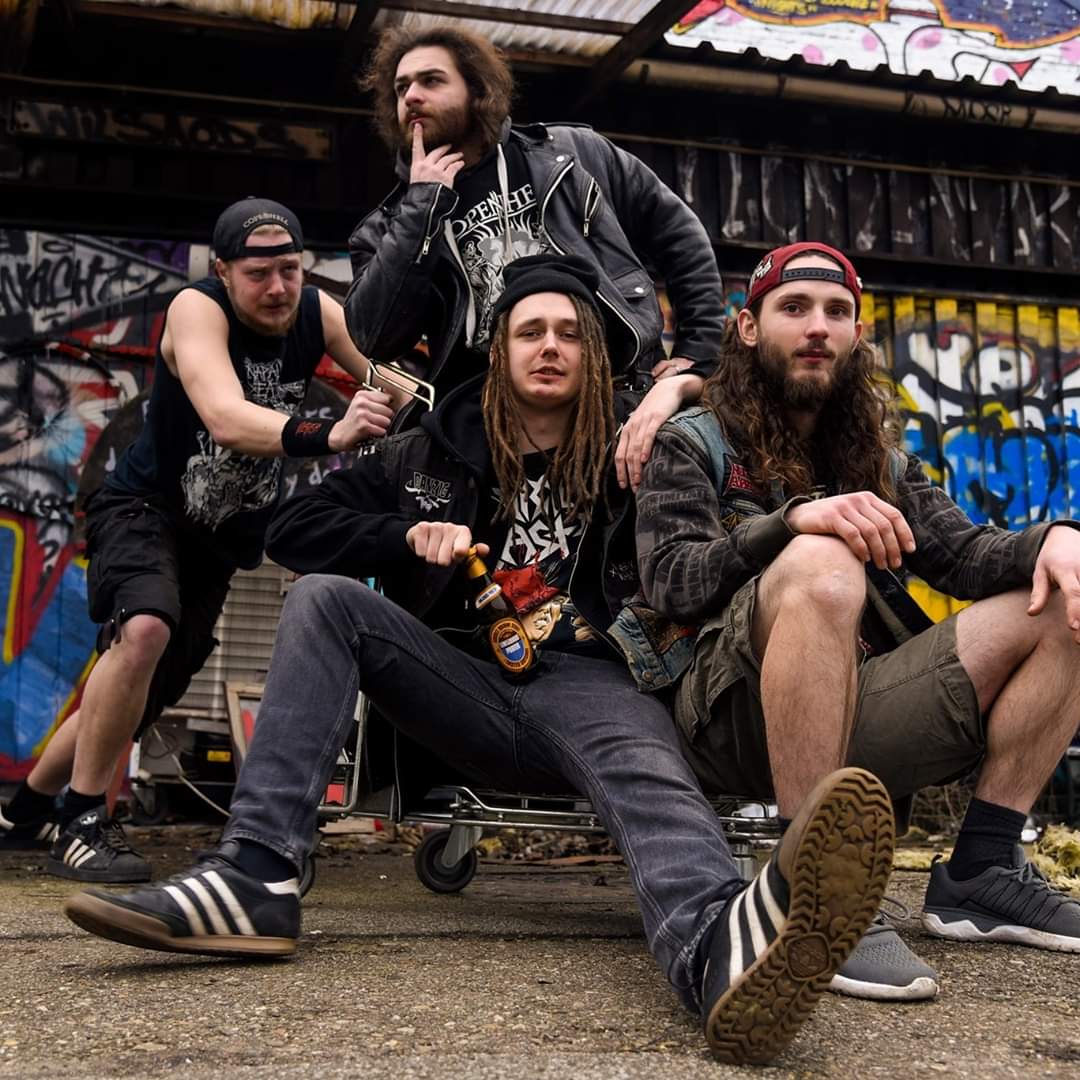 “Cancer In The Brain” is the first appetizer taken off the new album by Danish thrashers DEMOLIZER, entitled “Thrashmageddon”, and is now ready to thrash your Summer.

“This song is based on a quote a friend of mine once said when we were mixing some music“, vocalist and guitar-player Ben Radtleff comments. “The man who had recorded some of the guitar tracks had not really done a great job, unfortunately. My friend commented, “Oh well, he had cancer in the brain while recording this, so it might not be top quality”. The way he said “cancer in the brain” seemed a little… goofy. And it got me thinking. Cancer in the brain is a horribly serious disease. I mean, life really fucking sucks when you or someone close has cancer in the brain. I’ve had people close to me die of cancer, and I guess talking about it in this nonchalant way is sort of a way to deal with it“.