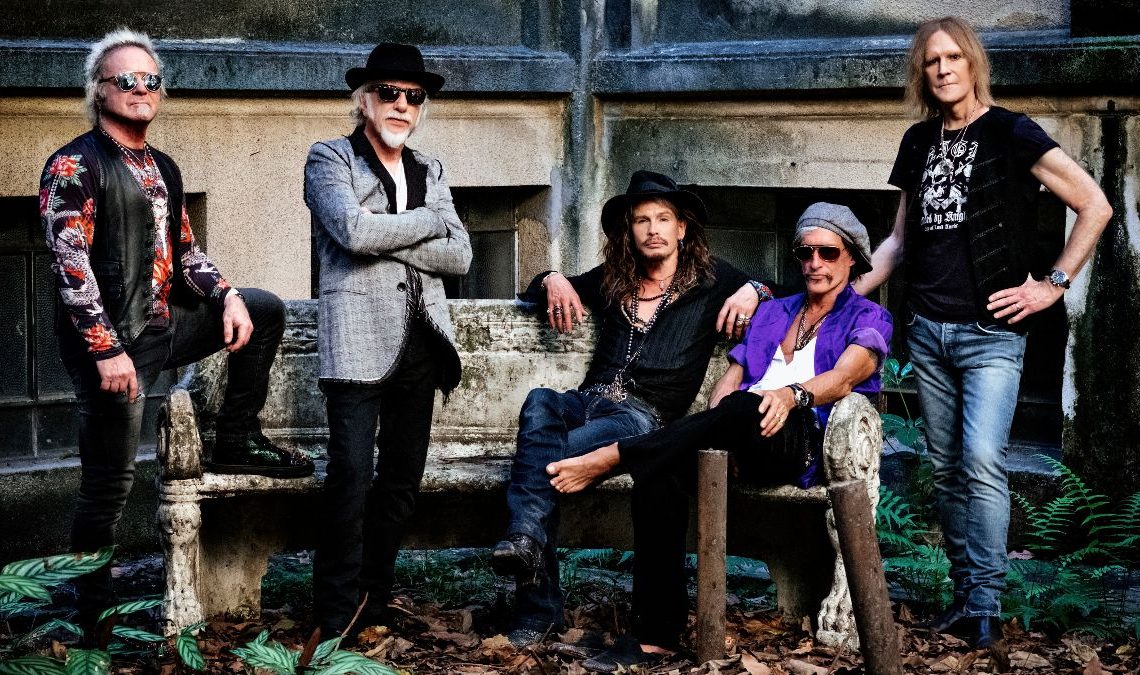 With legendary rockers Aerosmith Graspop Metal Meeting is adding yet another bigger-than-life name to its 25th edition line-up. Fronted by the illustrious Steven Tyler/Joe Perry tandem, the American band are celebrating their 50th anniversary next year with a world tour that stops off in Dessel on Sunday 21 June to close out GMM2020 in style with an exclusive Benelux show. Meanwhile tickets are selling like crazy.

After Iron Maiden (Thursday) and Judas Priest (Saturday), Graspop Metal Meeting has a third headliner in store for the tens of thousands of fans that will flock to Dessel from 18-21 June 2020 to join in the celebrations for the 25th edition of the Benelux’ premier metal festival. The one and only Aerosmith, Steven Tyler (vocals), Joe Perry (lead guitar), Brad Whitford (guitar), Tom Hamilton (bass) and Joey Kramer (drums) are a living piece of American music history: having sold more than 150 million albums worldwide, countless awards and been inducted into the Rock and Roll Hall of Fame, there’s not much that this band haven’t accomplished in their five decades since forming.

They are the recipients of endless awards, including four GRAMMYs®, eight American Music Awards, six Billboard Awards, and 12 MTV Video Music Awards, as well as crossing all genre boundaries taking home a Soul Train Award for Best Rap Single for their remix of Run DMC’s “Walk This Way.” In January, Aerosmith will be honoured by the Recording Academy with the 2020 MusiCares® Person of the Year. Along with scores of multiplatinum albums, Aerosmith continues to inspire generations to this day, making them one of the most beloved bands of all time!

In 2020 the legacy continues as Aerosmith celebrate the 50th anniversary of their formation by playing a string of shows across the whole European continent taking them from Italy to Germany. This monumental 50th anniversary European Tour will come off the heels of Aerosmith’s wildly popular Las Vegas residency, AEROSMITH: DEUCES ARE WILD, which kicked off April 6, 2019 and currently continues through June 4, 2020. The over 50-date residency at the Park MGM has already earned the group a #1 spot on Billboard’s Boxscore Chart and #2 on the Hot Tours Chart.

Aerosmith, Judas Priest and Iron Maiden spearhead an impressive line-up for next year’s XL edition that will also host the likes of Deep Purple, Deftones, Disturbed, Korn, Mercyful Fate and The Offspring. Judging from the rush on tickets the fans appreciate the line-up and accommodations at Metal Park, Metal Town and Skullotel have meanwhile sold out. At Devil’s Lake just a limited number of places are still up for grabs. Haven’t bought your ticket(s) yet? Get moving and book yours today via ticketmaster.be and proximusgoformusic.be.