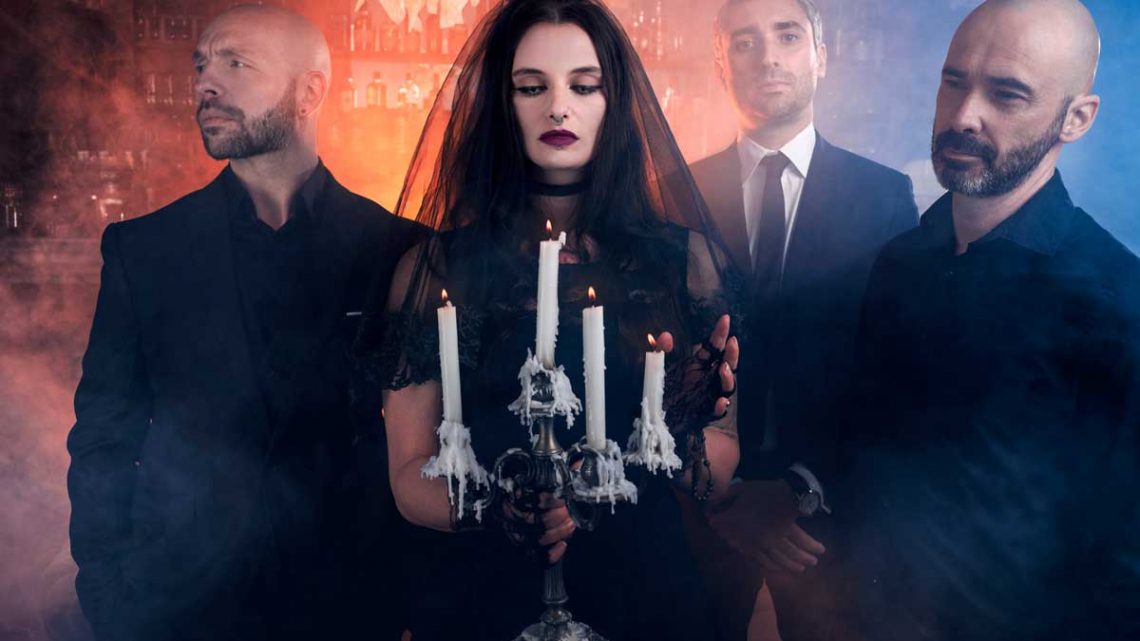 AKIAVEL is currently supporting their latest full-length, ‘Vae Victis,’ which was released in April 2021 to critical acclaim.

“2021 could be the year for Akiavel, then, a group of French upstarts who are keen on leaning into the genre’s heavier side (think: later At the Gates and Carcass). On their latest single, “Frozen Beauties,” the band expertly weave Amott-worthy riffs and composition with roaring, dynamic vocals, and the result is hard to turn away from: this band’s got something.” – MetalSucks

“Akiavel has just hit very hard with “Vae Victis”, which, for yours truly, will certainly place itself in my annual top 10. Everything is meticulously thought out, the whole is very efficient and shows flawless dynamism. The rhythmic changes without incessance, the riffing is murderous and the rhythm section acts as a nuclear power station, without forgetting the dark vocals of Auré. Here, there is no room for weariness, “Vae Victis ” is a warhead which will explode everything in its path and which will leave no survivors…18/20”  – Spirit Of Metal

“Vae Victis” is a giant of a Death Metal album! AKIAVEL deliver a mix of modern melodic Death Metal with epic melodies and traditional Death Metal as well as Thrash Metal elements. The album is fast, brutal, dark, and an upgrade on their debut album. With “Vae Victis”, AKIAVEL develop their own Death Metal sound further and “Vae Victis” gives them a distinctive uniqueness and own identity as a band.” – Metal Temple

‘Vae Victis’ can be streamed, downloaded or purchased HERE.

HOOKERS & BLOW release their self titled covers album on 23rd July, out on Golden Robot Records.