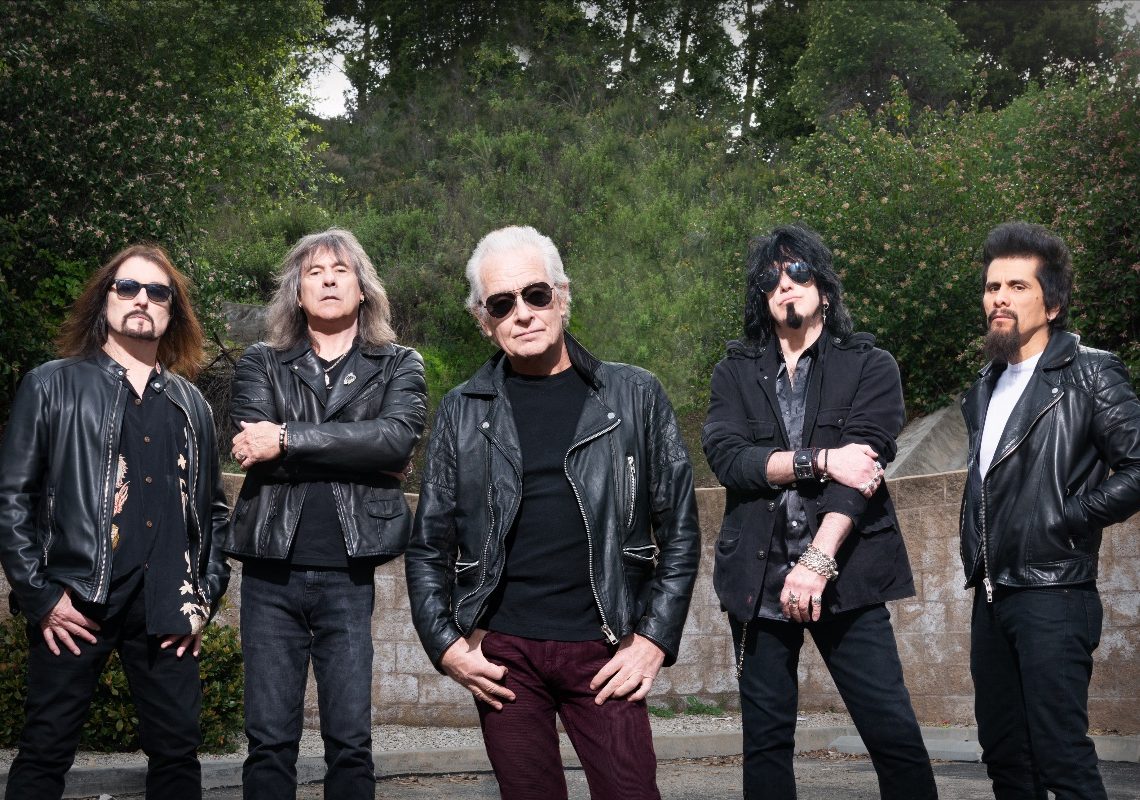 Guitarist JOE STUMP comments, “HELL ON EARTH IS HERE! ‘London 1666’ is about the Great Fire of London which had a devastating effect on the lives of Londoners from all parts of society, with many losing their loved ones and 100,000 losing their homes. Eerily comparable to the destruction that COVID-19 is now inflicting across the world.”

The hard-hitting, melodic heavy metal band ALCATRAZZ will once again throw down a studio gauntlet on July 31st with Born Innocent, their first studio venture since 1986’s Dangerous Games.  Alongside the unique vocal prowess and range of star frontman and founding member GRAHAM BONNET, Born Innocent also features fellow founding members JIMMY WALDO and GARY SHEA.  And from the classic album art, featuring the mighty rock itself, Born Innocent is a journey into the sort of heavy, melodic and supremely articulated hard rock that is a cornerstone of the likes of RAINBOW and the MICHAEL SCHENKER GROUP, territory ALCATRAZZ successfully strode in the ‘80s before going on hiatus.

Debuting on Born Innocentis the latest of the illustrious ALCATRAZZ guitarists to bring their extreme six-string talents to the band, with Boston-based Berklee College of Music Assistant Professor of Guitar, and one-man metal impresario JOE STUMP perhaps proving the finest of a list which includes the likes of YNGWIE MALMSTEEN and STEVE VAI.

“The name Alcatrazz is a brand name,” announces star frontman and founding member GRAHAM BONNET. “People know what Alcatrazz delivers, and on this album you have the original ideas of Alcatrazz but played in a modern way with new inspiration.”

Mixed and mastered by ANDY HALLER,Born Innocent also sees former stars from BONNET‘s long career making guest appearances, from CHRIS IMPELLITTERI, who wrote the music and played all guitars on the arpeggio-powered ‘Born Innocent’ with BONNET’s vocals soaring to old-school heights, and BOB KULICKwho wrote and laid down guitar for ‘I Am The King’. Virtuoso Japanese guitar maestro NOZOMU WAKAI-a new invitee to the party- similarly wrote and played guitars on the double-kick steel-plated Irish warrior ode ‘Finn McCool’, while STEVE VAI wrote ‘Dirty Like The City’.  Meanwhile, ‘Something That I Am Missing’ and ‘Warth Lane’ were written by -and feature the guitar work of- Italian six-string hero DARIO MOLLO, with RIOT bassist DON VAN STAVERN playing bass on the title track, ‘Polar Bear’, ‘Finn McCool’, ‘London 1666’, ‘Dirty Like The City’ and ‘Paper Flags’.  Add D. KENDALL JONES’ writing and guitar work on ‘We Still Remember’ and even a quick solo by another new invitee to the ALCATRAZZ mega-sound, ANNIHILATOR’s JEFF WATERS on ‘Paper Flags’ (the second one to be precise), and it’s clear that studio ALCATRAZZ 2020 is one giant piece of rock for sure.

Though ALCATRAZZ might well have been Born Innocent, their new album shows they obviously learnt some robust and rawkus stuff along the way.

ALCATRAZZ will take Born Innocent on the road kicking-off their European Tour with GIRLSCHOOL in Switzerland on August 26th; more dates to be announced.

ALCATRAZZ’s Born Innocent will be released on CD and digital formats.  For pre-orders, go to this location.  Fans of Rainbow, Dio, Michael Schenker Group and Dokken pay heed.