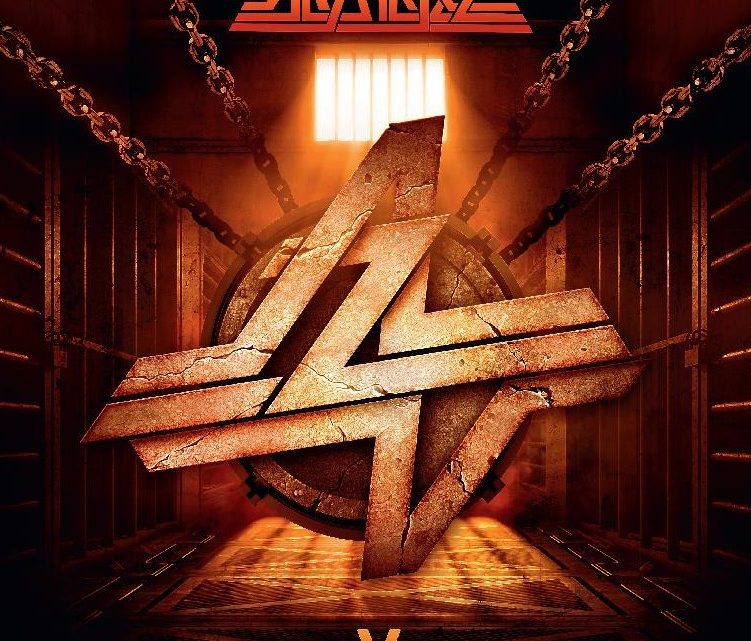 Their new single/video, “Sword of Deliverance”, is now available at this location, and as far as lead statements go, it’s one hell of a reminder that when Alcatrazz is firing on all cylinders with all its guns blazing, it is a vital part of any metalhead’s day.And there is little doubt that Alcatrazz 2021 – DoogieWhite on vocals, founding members Jimmy Waldo and Gary Shea on keyboards and bass respectively, Mark Benquechea on drums and Joe Stump on guitar – are the chemistry that is causing the musical fire.

“Sword of Deliverance” is a mighty, metal monument!” affirms White. “A call to arms for the Alcatrazz collective. Loud, proud and ready!”

Formed in 1983, Alcatrazz became famous for its blend of melodic and progressive rock and for introducing guitar heroes Yngwie Malmsteen and Steve Vai. Emerging in 1983 with No Parole from Rock ‘n’ Roll, which featured the hit “Island in the Sun,” the band continued building popularity in 1985 with their sophomore effort, Disturbing the Peace, which contained the hit, “God Blessed Video.” The band issued one more studio LP, 1986’s Dangerous Games, before ceasing operations the following year.  The band regrouped and released highly acclaimed Born Innocent in 2020, their first studio album containing all-new material since 1986.

WhileBorn Innocent was a smart and strong return to the studio, there is a synergy and crackle about V which shows a band both in lockstep with each other and back in love with the writing process.

“We all are very happy with the new album, we all were on the same page about the direction, and what we were trying to accomplish”, exclaims Waldo. “We had over 20 songs to pick from, it was tough, we liked them all, that’s very unusual for a band. I think this album sounds like the natural progression from No Parole, only heavier.”

Both vintage and timeless,  V treads the Alcatrazz textured-territories of old but with renewed vigor and verve. Whether it be the choral-echoes sitting inside the storming tempest which is “Nightwatch,” the staunch, speedy melodic metal of “Turn Of The Wheel” or the thick, bluesy chug of “House Of Lies,” there is little doubt that this Alcatrazz is going full-tilt with not one ounce of a shackle holding them back.  In that regard, White’s supreme vocal work on all 12 tracks serves as the catalyst for their creative synergy, and not only that, his supremely positive energy brings the band closer than it has been since, well, 1986!

“The addition of Doogie is a natural transition for the Alcatrazz Legacy”,states Shea.“He is a hard-working professional who loves to sing and doesn’t shy away from deadlines. His long list of career achievements is the perfect fit for us as we have been leading parallel lives all these years creating music. I am looking forward to bringing this new powerful line-up on the road.”

Over the course of three-plus decade career, the Scottish-born Whiteis undoubtably one of the finest vocalists in hard rock, having fronted Richie Blackmore’s Rainbow, Yngwie Malmsteen’s Rising Force, Tank and Michael Schenker. It is therefore no surprise at all to hear him dovetail so easily with Alcatrazz, indeed, it feels like the most natural of career progressions.

There is little doubt that besides the work of White, much is going to be quite rightly said about the scintillating performance of Joe Stumpthroughout V, and it feels as though he has truly found his place alongside previous Alcatrazzguitar gods Yngwie Malmsteenand Steve Vai. Every riff is supremely sharp, and every solo carries with it platinumsovereignty, whether engaging in the shred or delivering a more nuanced lead break.

“I really enjoy playing with Joe, he’s not only a great player but a great writer as well,” enthuses Waldo.“He’s really fun to tour and work with. He plays with tons of energy live, kind of the take no prisoners’ vibe.”

Produced by Giles Lavery and Jimmy Waldo, and mixed by Andy Haller(Elton John, Joe Cocker and System of a Down), V also includes guest appearances from Saxon’s Nigel Glockler (drums on “Guardian Angel” and “Blackheart”),Tank’s Cliff Evans (bass on “Grace of God”) and Donnie Van Stavernof Riot (bass on “Guardian Angel”, “Nightwatch” and “Target”), underscoring how perennially popular Alcatrazz’smusic remains with their peers.

And just in case you’re wondering what Vstands for?  Alcatrazz’s fifth studio album of course… but it also stands just as resolutely for Victory; the victory that sees Alcatrazz 2021 stronger than ever despite all the odds.

V is available to pre-order at this location 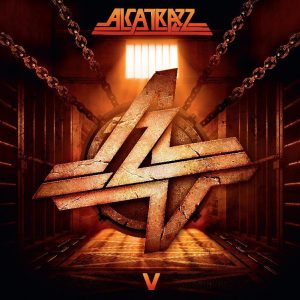 Bernie Marsden Releases the First of His ‘Inspirations’ Albums & It Rules!