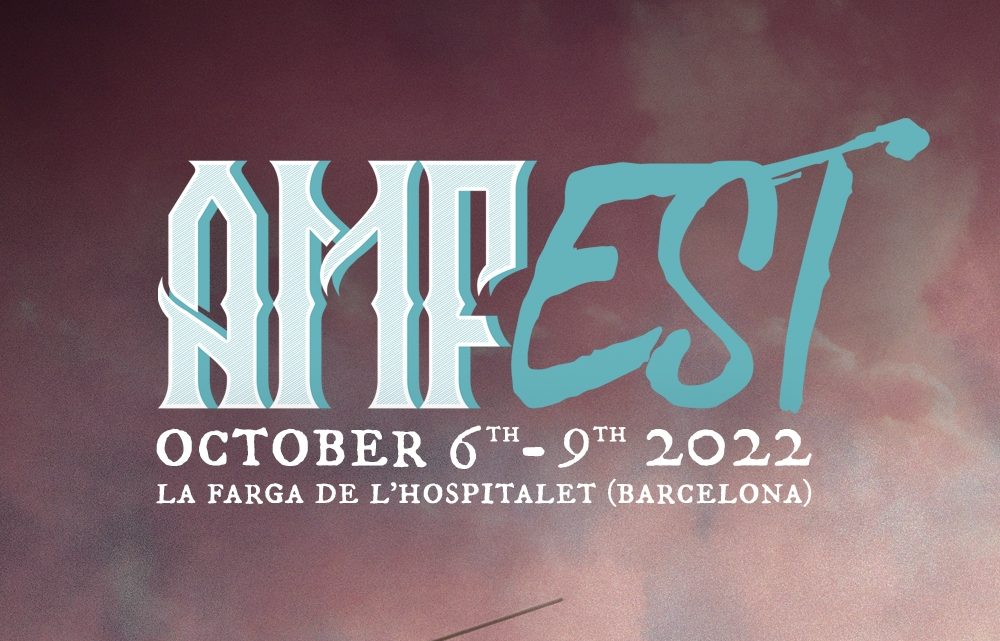 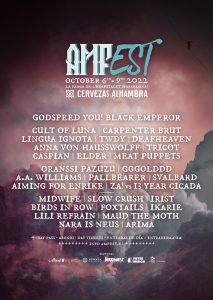 AMFest began life as Aloud Music Festival back in 2013 to celebrate the 10th anniversary of the Barcelona-based label Aloud Music. Originally intended as a one-off event, the success led to the organisers doing it all over again in 2014. From 2015 the festival changed it’s name and continued as AMFest until the pandemic put things on ice. Now in 2022 the festival is finally able to return with its strongest line-up today. The organisers comment,
“We have been working at this edition for 3 years now. It was supposed to be the most ambitious edition of AMFest already in 2020 and the pandemic just increased our desire to make this AMFest the greatest edition ever and something we will never forget.
The lineup is pretty close to what we would define as “a dream come true”.  If somebody told us we would have some of these names with us when we started in 2013 we would have laughed, or cried. It will be an honor to work with La Farga de l’Hospitalet for the first time and we are looking forward to see many fans from the UK and Ireland coming over and having a wonderful weekend in sunny Barcelona in October”
Day tickets and weekend passes are on sale now: https://entradium.com/es/events/amfest-2022
The full line-up for AMFest 2022:
Godspeed You! Black Emperor
Cult of Luna / Carpenter Brut  / Lingua Ignota / TWDY / Deafheaven / Anna von Hausswolff / Caspian / Elder / Tricot / Meat Puppets
Oranssi Pazuzu / GGGOLDDD / A.A. Williams / Pallbearer / Svalbard / Aiming For Enrike / Za! Vs 13 Year Cicada
Midwife / Slow Crush / Irist / Birds In Row / Foxtails / Ikarie  / Lili Refrain  / Maud the Moth / Nara Is Neus / Arima
https://amfest.es/eng
https://twitter.com/AMFest_bcn
https://www.facebook.com/AMFest.bcn/

RAVEN ANNOUNCE 40TH “ALL FOR ONE” ALBUM ANNIVERSARY TOUR