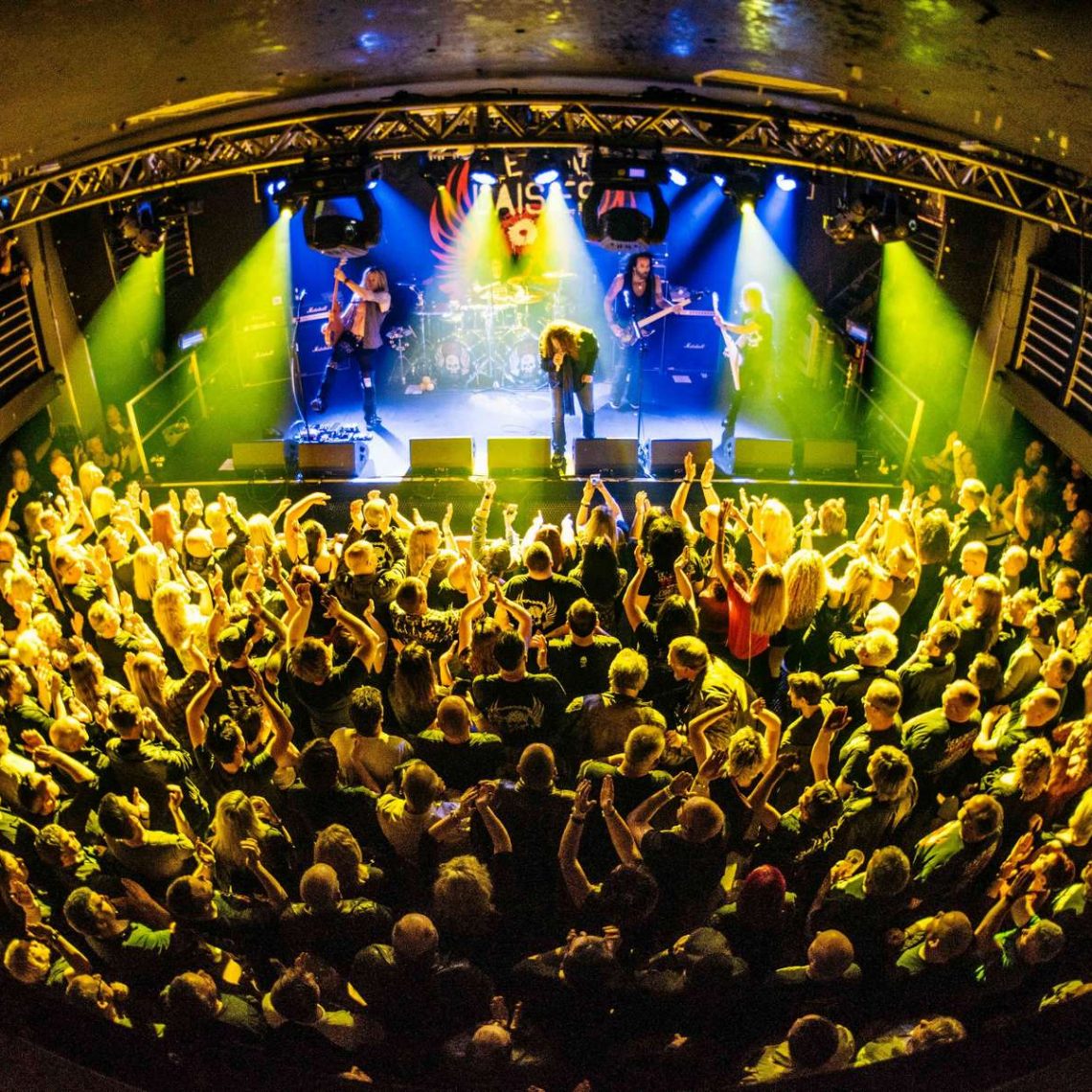 A chuffing hot night in Edinburgh (makes a change from the pissing rain) & a sold out 650 capacity venue, The Amorettes & The Dead Daisies share the same stage. 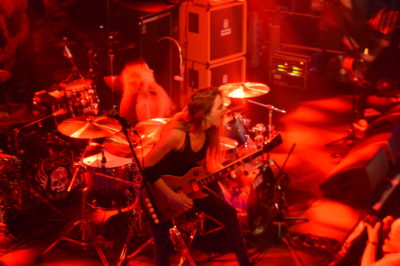 The Amorettes hit the stage running with a blinding Stealing Thunder before launching into their latest single Let The Neighbours. From that track on it was a full on attack on all senses. Very reminiscent of early Girlschool & that is no bad thing. The Amorettes prove that females can still fuck shit up the same as guys can.

Live favorite Hot & Heavy closed their set & the call & response from the audience was immense. A perfect closer to a great set list.

Despite only having a short 7 track set, they tore up the stage & left their mark on a highly energized crowd. 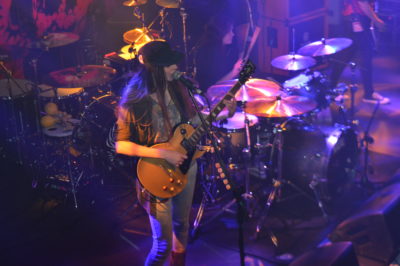 
Touring on the back of, what is arguably the best sounding live album of all time Live & Louder (recorded during the Make Some Noise tour) & just after appearing at Download the day before, The Dead Daisies take the stage looking anything but dead. 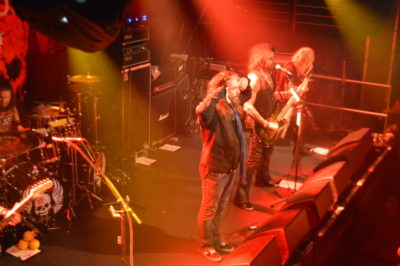 The anticipation grows with the intro tape blasting A Whole Lotta Sabbath (a mash-up of Led Zeppelin & Black Sabbath) & then the band kicking into Long Way To Go.

The band is on fire & in fine fettle & settle into what will turn out to be an 80 minute set & incredibly high-octane.

If you’ve seen The Dead Daisies then you know they play LOUD (& if you haven’t seen them.. WHY THE HELL NOT?), at times tonight you couldn’t hear them due to the audience being louder, Especially for Join Together. The crowd sung the shit out of that one.

Their set is made up of originals taken from all 3 albums, as well as a few covers which happen to not only be some of the Daisies favorite tracks but they’re also a great opportunity for the crowd to sing at full volume to & have a lot of fun with.  The CCR classic Fortunate Son is a highlight for me, not only is it one of my fave tracks of all time but the DDs version is heavy as fuck & they make it their own. 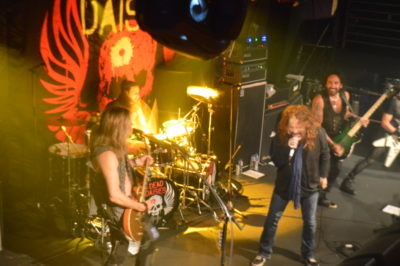 Last Time I Saw The Sun (title courtesy of Brian Tichy) was another particular highlight. A personal favorite from the Make Some Noise record & a track I can personally connect with lyrically.

Speaking of Mr. Tichy, the man actually got a drum solo this evening (which I’m pretty sure he was happy about, as he would love to start EVERY album with a drum solo that took up an entire side.) Brian beats the living daylights out of the kit & not just in the conventional way.

John Corabi is a fantastic frontman, Doug Aldrich plays with perfection, as well does Mendoza, Tichys drums are as loud as a porn-stars orgasm & David Lowys rhythm guitar just adds the extra bite the band needs. Fingers crossed, after having a couple of line up changes, this is now the definitive version as this line up kicks immense ass.

This is as good as a live show gets without the need of all the bells & whistles of, pyrotechnics, lasers & flashy light shows etc that detracts from watch the live performance. It’s best to catch them in intimate venues while you can. Last year they were playing 200 capacity venues, this year 650 capacity, who knows what size venues they’ll be playing next year. So, if they come to  a town near you, just buy a ticket, go to the show, & rock out with what is probably the best rock n roll band on the planet right now. 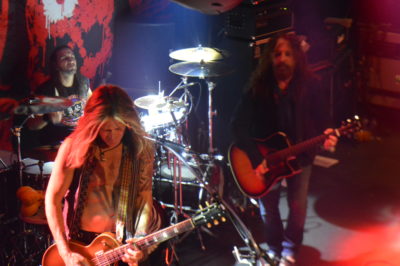