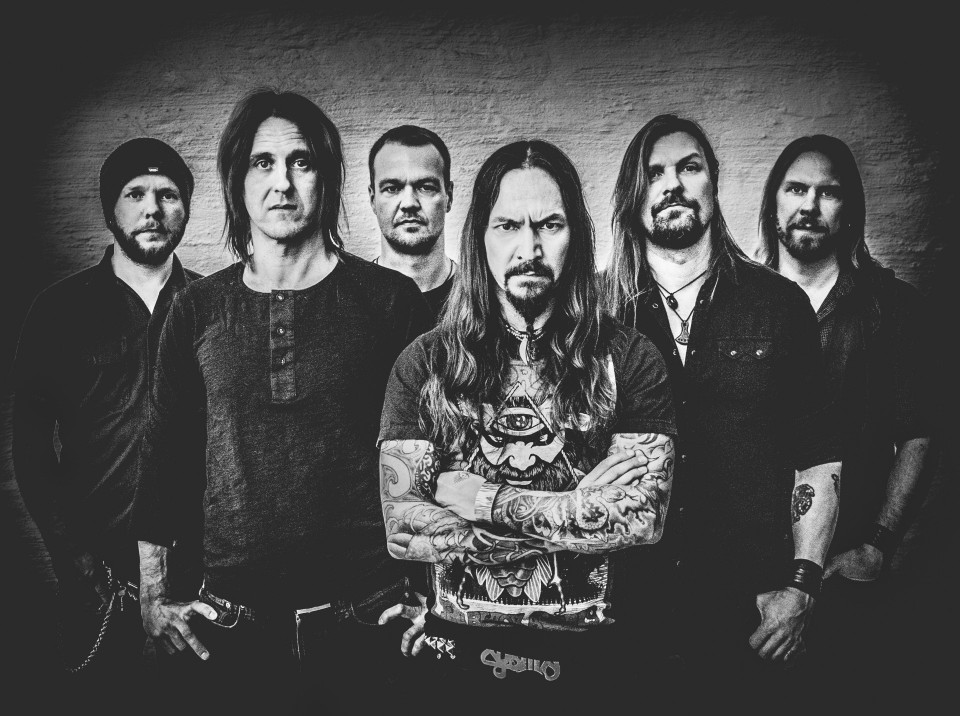 Riding on the high praise they received for Under the Red Cloud, and pushing themselves ever deeper into a greater standard of expectation and refinement, Amorphis has officially released Queen of Time. After waiting at the edges of our seats for what seemed like a century, especially after the energy and direction Under the Red Cloud took, Queen of Time has thus far been one of 2018’s most highly anticipated albums, and for good reason. This album is a perfect marriage of all of Amorphis’ strong suits, both the thrashy aggression of their early years, and a path they took again with Circle and Under the Red Cloud, and the classical Amorphis sound, of lyrical romance, nordic influenced prog and gentler interplaying melodies.

Produced again by Jens Bogren, Queen of Time is an album of grandeur, refinement, ambition and monumental heroism. Instead of riding the wave of praise for the formula that worked for Under the Red Cloud, Amorphis takes us on a journey of doing us one better. Queen of Time is not Red ClouRd 2.0. We are also treated to finally hearing the voice of Pekka Kainulainen, resident Finnish artist responsible for the visual artbook Heavenly Drum. It is not a stretch to refer to Queen of Time as a stroke of genius. With Bogren(who is well-known for pushing his artists hard) behind them to tie it all together, and to motivate them into conjuring their collective energy to laser beam into one cohesive entity, Amorphis has created an album of near perfection.

We jump in immediately with The Bee, the first single off the album, rich with layering and seamless switching between gentle vulnerability and aggression. We are treated right from the get go to Tomi Joutsen’s extremely on point vocals and an impassioned appeal to a relevant issue of our modern times, the plight of bees.

Says Tomi of The Bee (from Blabbermouth):
“Of course, the lyrical inspiration is a bee, also in a metaphoric way. The tiniest thing can sometimes be the most important thing. A bee can bring life or if we destroy all the bees, life will stop here. It’s a very beautiful animal, that’s why you can find it on the album cover too. The track itself is a kind of progressive and I’m sure that it will surprise some fans in a positive way. We love it!“

One of the nicest things about Amorphis is how they take both mythological ideas from the minds of ancient humans, taking inspiration from Finland’s Kalevala and modern ideas, and feelings, and desires that one could easily relate to today in our own age and interweave them together beautifully. Following that thread, we are treated to modern renderings of Kalevala influenced stories throughout the album, with such powerhouse tracks as Daughter of Hate and We Accursed. Another very pleasant addition is the return of bassist Olli-Pekka Laine, whose playing style hearkens back to Amorphis’ earlier eras.

Queen of Time is a one-two punch that knocks the listener off their feet; Amorphis can only be outdone by themselves. With influences from Arabia, 70’s prog, and the addition of a polyphonic choir, the album is nothing short of the actual definition of epic. Another brilliant addition is guest vocals from Anneke Van Giersbergen of Vuur who can be heard intoning on The Bee and with her top-form performance on Amongst Stars. Perhaps my favourite track and the one I felt myself wanting to play on repeat is Heart of the Giant. Track number 6 and set dead centre in the heart of the album(fitting) this track is a complete banger, and a true distillation of everything metal.

Each track shines and shimmers. Each track is jam-packed with pure energy, spirit and creativity. It is both beautiful and aggressive, both vulnerable and charismatic. Queen of Time is fresh and poised to become a timeless album within the spheres of the metal subculture. In forty years, it will be easy to go back and take Queen of Time for a spin, and it will sound as fresh then as it does now. Amorphis seem balanced on the precipice of something great, and it wont be a plateau of their sound, but something far greater.

Queen of Time does not just stop there, each song clearly demonstrates pure ambition, drive, and love of music. Each member stands out in their own right, but they still have an excellent dynamic of playing together. Queen of Time is a labour of love. It’s a decoction of the very things that make metal metal, and make it a genre worth going back to.

One thing can be said of Amorphis, and that is that they truly believe in what they’re doing and push for ever further horizons with each effort.

There is not a single weak track on Queen of Time, and even the bonus songs are far from “filler”. Amorphis is easily one of the classier, most refined metal bands of our era.

Now if you’ll excuse me, I am going to go back to repeating Queen of Time ad nauseam. 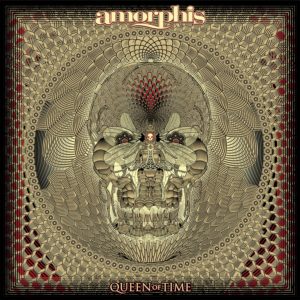 Track List
1 The Bee
2 Message In The Amber
3 Daughter Of Hate
4 The Golden Oak
5 Wrong Direction
6 Heart Of The Giant
7 We Accursed
8 Grain Of Sand
9 Amongst Stars
10 Pyres On The Coast
11 As Mountains Crumble
12 Brother And Sister
Release date:
May 18th 2018
Label
Nuclear Blast