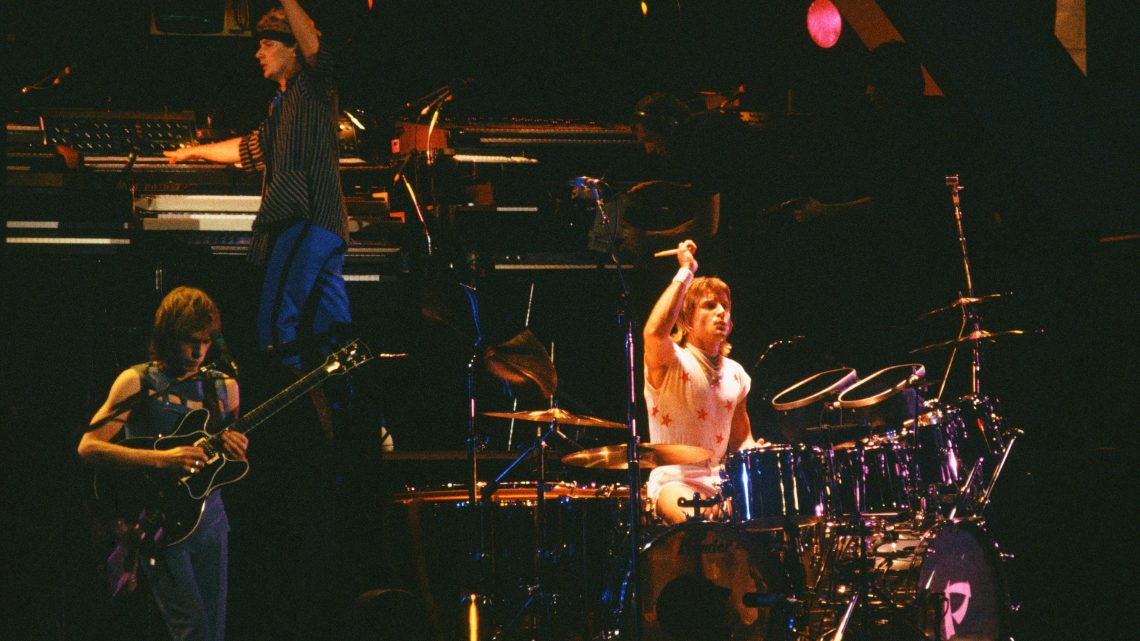 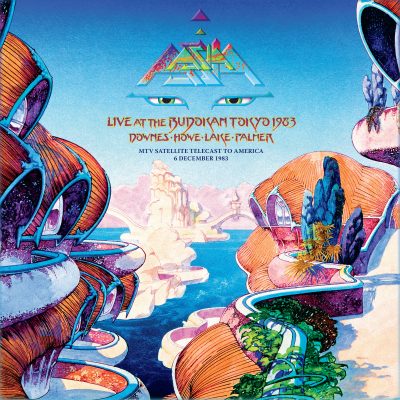 Multi-platinum selling English supergroup ASIA announce they are to release ASIA In Asia – Live At The Budokan, Tokyo, 1983, as a Deluxe box set containing: 2LP, 2xCD, 40 page 12” book, Blu-ray video, printed memorabilia and ‘ASIA’ pin badge, through BMG Records on 10th June 2022.
Also available as a 2LP Gatefold, 1CD and Digital Formats.
Pre-order here: https://asiaband.lnk.to/budokanPR
ASIA, Geoff Downes (The Buggles & YES, keyboards & backing vocals), Steve Howe (YES, guitars & backing vocals) and Carl Palmer (Emerson, Lake & Palmer, drums) with special guest Greg Lake (Emerson, Lake & Palmer, bass & lead vocals), visited Japan at the end of two years of touring to promote their phenomenally successful eponymous debut album (1982) and the follow-up Alpha (1983).
The second of three shows at the historic Budokan arena in Tokyo, on 6th December 1983, would make history as first live broadcast between Japan and MTV in America, an amazing achievement for its time. This performance has previously only been available on VHS. The concert featured some of ASIA’s biggest and most memorable tracks including, Time Again, Only Time Will Tell, Sole Survivor, Wildest Dreams and the global hit single Heat Of The Moment.
Greg Lake stepped in, at short notice, following the sudden departure of ASIA’s founder member John Wetton ahead of the Japanese dates. Despite a short period for Lake to learn the songs, and some changes to the arrangements to accommodate Lake’s different vocal range, the Japanese shows were hailed a great success.
Carl Palmer was proud of his former ELP bandmate for performing exceptionally in the situation. “Greg Lake did a great job jumping into John’s shoes. So many songs to sing, he did it so well. It was impressive.”
Geoff Downes, too, was pleased with the event, especially given the massive undertaking. “It was a grand and sumptuous affair. The stage was the iconic ‘A-frame’ shape we had for the US tour. I think we pulled it off admirably in the end. There were some good people behind us: crew, lighting designers, cameramen and backing singers, it was quite a production.”
“The show was an important global commitment,” says Steve Howe, “so we had to rise to the occasion, which we did, with Greg’s help. We couldn’t have done it without him, for sure.”
For Downes, the release stands as a testament to the band’s resilience. “It deserves its place in the Asia catalogue. Aside from its musical strengths, it demonstrates the level of professionalism that we have always striven to bring to the ASIA name.” 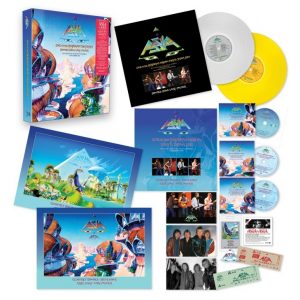