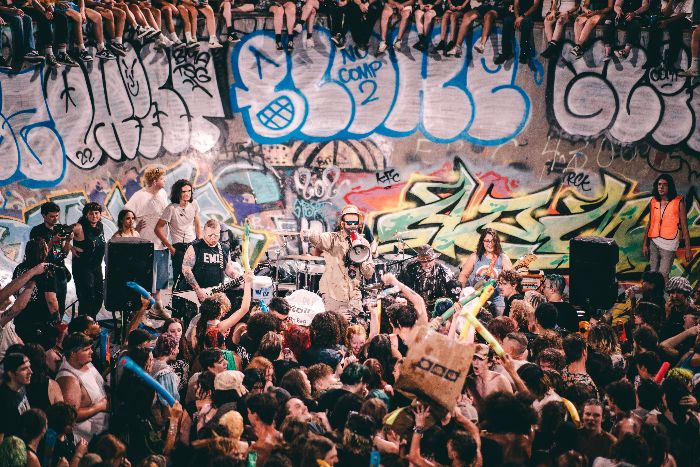 “Now that we tricked Jamison “Beefcake” Land into the band with promises of eating gravy from Lita Ford’s toe crevices, we knew we had to write something magical. Thus, what’s more magical then the care-free Nick toon 90s. Full of Stop motion bumper reels, Cats connected to dog butts, ecto-coolers, and magical conches which can help you survive the woods. Director Beau Kaelin captured that feel-good dopamine nostalgia every millennial is addicted to!”

The album oozes BELUSHI SPEED BALL’s collective personality, from ludicrous speeding riffs and pounding percussion to a touch of groove and sprinklings of hardcore. Interspersed with narrative snippets, these elements of humour carry over the outfit’s shenanigans and stage theatrics into the recorded realms. What, Us Worry? sees the band blend somewhat unexpected genre influences into the mix, notably the striking pop punk sound of “Dog Birthday”. In stark contrast “Belushi Speed Grind” plunges into guttural depths of grindcore. Taking on the metal world with a nonsensical approach, BELUSHI SPEED BALL deliver the preposterous enveloped in an epic sound. 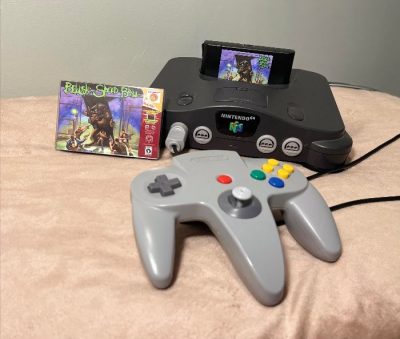 Ginger Wildheart & The Sinners announce the release of their debut album