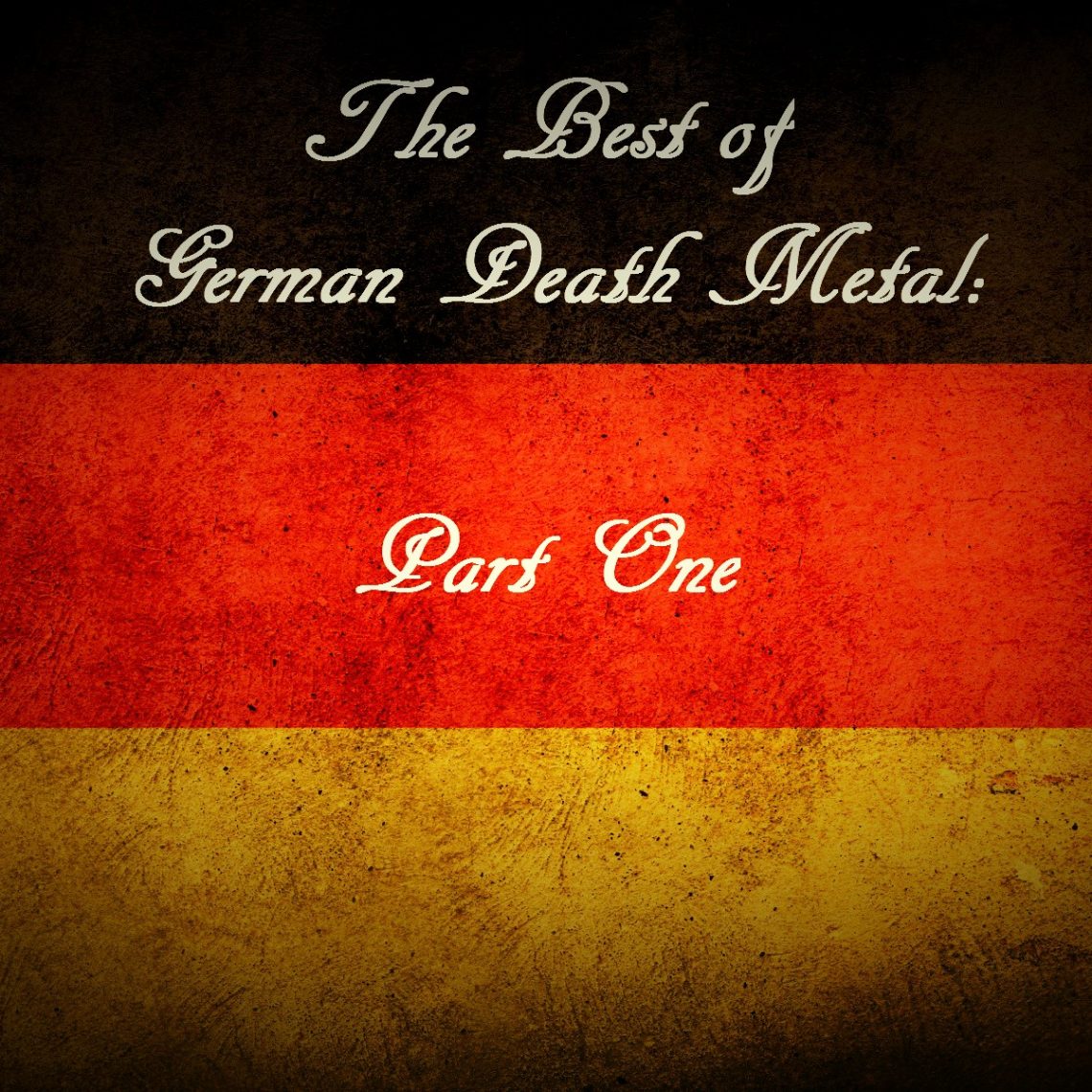 The Best of German Death Metal – Part One

German Death Metal – A Lesson In The Old-School 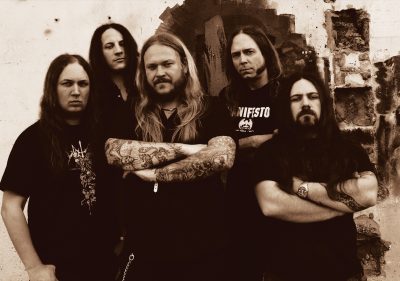 Fleshcrawl are one of Germany’s best kept secrets. Formed in 1987, the band went through several line-up and name changes before settling as Fleshcrawl. One settled, however, Fleshcrawl released their superb debut, Descend Into the Absurd, in 1992. Often compared to the likes of Grave and Unleashed with the buzz-saw guitar work, the melody and the gore-obsessed lyrics, it is clear they are heavily influenced by Swedish death metal. Going from strength to strength, the blood-drenched Germans released Impurity, Bloodsoul  and Bloodred Massacre before parting ways with their label, Black Mark Productions.

Fleshcrawl then signed a deal with Metal Blade Records and went on to release As Blood Rains From The Sky… We Walk The Path of Endless Fire in the year 2000. This was their most critically well received album at the time, and still stand as one of their strongest albums. Along with it’s equally morbid follow-up, Soulskinner, ABRFTS…  opened new doors for Fleshcrawl. These albums lead to European tours with genre heavyweights Vader and Bolt Thrower, as well as a tour of Japan supporting Swedes Hypocrisy. This was the bands first time touring in Asia. Continuing to better themselves and drive forward, Fleshcrawl released Made of Flesh – which was seen as the perfect successor to Soulskinner – and their most recent album, the brilliant Structures of Death in 2007.

With a devastatingly brutal mix of classic death metal in the vein of Morbid Angel and Deicide mixed with our beloved signature Swedish style, Fleshcrawl are German death metal’s strongest link to the venerable old-school. Fleshcrawl are one of the most vital bands in the German death metal scene. Although they have been quiet of recent years – with the exception of January’s split with Skinned Alive. We have our hopes set high for a new album soon! 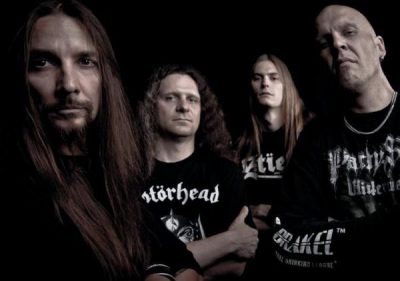 Berlin’s Postmortem are another death metal band with their boots firmly placed in the old-school. They are a German death metal band more akin to Immolation, Deicide and Obituary than Fleshcrawl’s Scandinavian influences. Forming in 1991, Postmortem dropped a couple of demos before releasing their criminally under-rated debut, Screams of Blackness in 1994. I wouldn’t go so far as to say it is in the same league as Alters of Madness or Scream Bloody Gore, but it certainly stands strong as a one of death metal’s finer debuts. It is pure, old-school death metal that you would swear came out of Tampa if you didn’t know any better. Scream of Blackness is German death metal at it’s finest.

Postmortem failed to carry forth the momentum of their wonderful debut, however. Their next two albums, 1997’s Age of Mass Murder and ’98’s Repulsion, carried a severe dip in quality. Ten years after Repulsion, Postmortem released their fourth album Constant Hate which was almost a return to form. It wasn’t until 2010’s Seeds of Devastation, however, they really reclaimed the excellence displayed on their debut sixteen years before. Since Seeds of Devastation, Postmortem have gone from strength to strength, and continue to expertly craft classic, old-school death metal. Bloodground Messiah (2012) and their most recent release, The Bowels of Wrath (2014) display that the old-school is not dead, and firmly plant Postmortem as one of the genre’s strongest contenders.

Berlin’s finest old-school band have spent much of the last two years tearing apart festival stages, and there is no hint of a new album on the horizon – this will be the first time since Repulsion that Postmortem have gone more than two years between albums. Hopefully we won’t have to wait too long before some more of their old-school excellence, however! 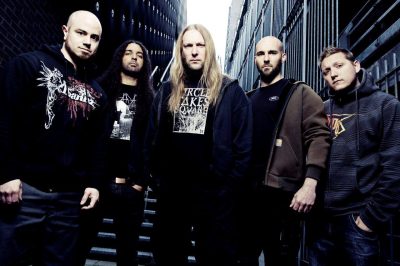 Moving away from the classic old-school death metal sound, we come to Dew-Scented. With a vicious mix of German death metal sound and Teutonic thrash, Dew-Scented stands apart from the rest of the bands in this article. A noteworthy quirk you will notice with Dew-Scented is that every album title begins with an I. This feel somewhat reminiscent of Morbid Angel’s alphabetical album titles, and is a cool little quirk of the band. Dew-Scented released three albums, Immortelle (1996), Innoscent (1998) and Ill-Natured (1999) before signing to the mighty Nuclear Blast Records, and releasing Inwards in 2002. Each of these albums is solid, uncompromising German death metal.

Dew-Scented’s Nuclear Blast era was brilliant – their sound had a Vader meets The Haunted feel to it. With anything short of 400bpm being seen as “too slow” for most of their discography, Dew-Scented took a bit of a risk on Issue IV, with a few more groove focused and slower passages. But this risk certainly paid off, adding a new dimension to the band. However, it is their most recent material with Metal Blade Records that truly stands as their best. From Invocation onwards, Dew-Scented really hit their stride, and show no signs of letting up. 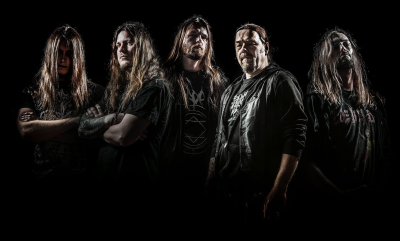 Diving back into the old-school sound that German death metal bands do so well, we have Obscenity. Similar in vein to Postmortem, Obscenity’s influences are drawn from the Tampa scene. Probably my favourite band featured here, Obscenity have never delivered anything less than exquisitely savage German death metal. If Obscenity had been able to break out of the underground, there is no doubt they would be classed among the genre elite.

A challange I have often seen in death metal is bands releasing a simply glorious debut, and then spending much of their career trying to top it. The debut from Obscenity, Suffocated Truth, is, bluntly put, outstanding. You will find pure Morbid Angel worship at it’s finest splattered onto Suffocated Truth. However, each album they have unleashed since then has been of a similar quality. From The 3rd Chapter to the hilariously titled Human Barbeque to Atrophied in Anguish, everything Obscenity has released has been nothing short for excellent death metal. However, their newest offering, Retaliation, puts their entire discography to shame. Retaliation is a masterclass in stunning death metal. It has brutality, it has awesome guitar work, and it is oozing with groove. Retaliation, like the rest of Obscenity’s back-catalogue, is a must own.

Retaliation was only released in May this year, so it is unlikely we will see anything new anytime soon. However, I for one am extremely excited to see what Obscenity go onto from here! 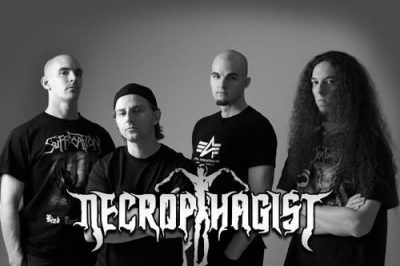 The final band we will be discussing today is Necrophagist – one of the world’s most revered tech-death bands. The mere mention of their name will have legions of fans foaming at the mouth in hopes of their fabled third album. Necrophagist is the brainchild of the elusive Muhammed Suiçmez, who, legend has it, wrote the entirety of the jaw-dropping Onset of Putrification before he turned 18. Described as technical beyond belief, and hugely influenced by classical music, Necrophagist are not an easy band to digest. But once you do, you will fall deeply in love with Suiçmez’s brand of disgustingly beautiful tech-death.

Forming in 1992, Necrophagist went through several line-up changes before releasing Onset of Putrification in 1999. With the exception of the drums (which were programmed), and a few bass and guitar tracks, Suiçmez handes the recording of everything Onset of Putrification as well as being producing, mixing and mastering the record. Due to signing an awful contract, the album was extremely difficult to get hold of for many years – however in 2004 it was re-released by Willowtip Records.

Following on from the debut, Necrophagist went on to release the incredible Epitaph. Lyrically, it explored philosophical themes rather than the Carcass inspired gore of the debut, and Epitaph had the whole band recording rather than just Suiçmez. On the back of Epitaph, Necrophagist extensively toured America – including headlining 2007’s Summer Slaughter Tour, which also featured Decapitated and Cattle Decapitation, among others. The last decade has been awash with rumours of a new album, but alas there is nothing confirmed. Will they ever release a new album? Watch his space… With luck it may be on the horizon.