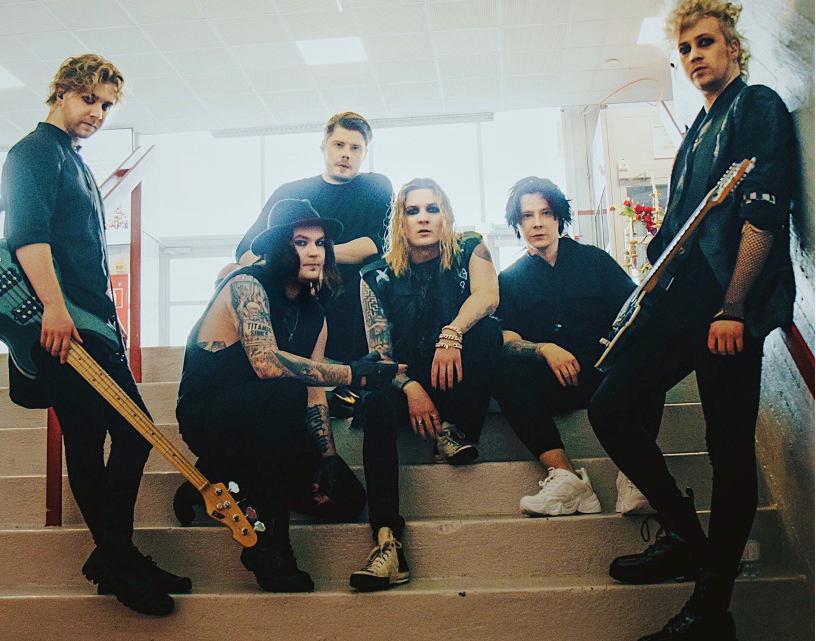 Finnish post-hardcore ‘violent pop’ band Blind Channel have released their brand new single “Don’t Fix Me”, off their forthcoming album Lifestyles Of The Sick & Dangerous out July 8th via Century Media Records. “Don’t Fix Me” is a huge rock anthem, where mighty riffs and pummelling drums meet synths, captivating harmonies and a frenzied rap from vocalist Niko Moilanen. The music video captures the band on the road during their recent tours across the U.S. and Europe. Purchase and stream the track, HERE

“‘Don’t Fix Me’ continues the theme of brokeness, featured on the upcoming album. However, this time we decided to be empowering and uplifting and wrote something people wanna scream while having the craziest time of their lives. This song is the soundtrack for the wildest parties and the cure for the day-after’s hangover,” states Blind Channel about the new track.

“Don’t Fix Me” is the latest song to be released from the band’s upcoming fourth album, Lifestyles Of The Sick & Dangerous, which features the previously released award-winning and multi-million streamed singles ‘Bad Idea’, ‘Dark Side’, ‘Balboa’ and ‘We Are No Saints’. Pre-order the album, HERE.

Blind Channel were the most successful artist at the recent Finnish Grammy Awards (Emma Gala) last month, where they received six awards, including two for “Dark Side” (‘Song Of The Year’ & ‘Most Streamed Song’). They also were awarded ‘Band Of The Year’, ‘Artist Of The Year’ (by public vote), ‘Rock Of The Year’ and the ‘Export Award’ – the latter testament to their rapidly rising international profile having spent almost the entirety of this year on the road throughout the U.S., Europe and UK.

Blind Channel have spent 2022 carving an unstoppable path with their astounding live shows and new music. Following a U.S. run with From Ashes To New earlier this year, the band are currently on the road with Electric Callboy in Europe. Blind Channel have been announced for a number of high profile festivals in their homeland this summer before returning to the UK in September for a headline tour. Full Blind Channel tour dates and tickets can be found at blindchannelofficial.com. 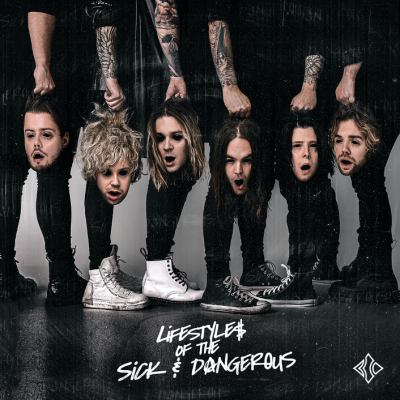 Lifestyles of the Sick & Dangerous tracklist (35:22):
1.     Opinions
2.     Dark Side
3.     Don’t Fix Me
4.     Bad Idea
5.     Alive Or Only Burning
6.     Balboa
7.     National Heros
8.     We Are No Saints
9.     Autopsy
10.  Glory For The Greedy
11.  Thank You For The Pain
ABOUT BLIND CHANNEL:
“Rohkea rokan syö”, or to loosely translate this Finnish saying: “Fortune Favours The Brave”. Truly, none have been braver than BLIND CHANNEL. Focusing intently on their mission to take their brand of infectiously ferocious nu-metal outside of Finland’s linguistic restrictions this bravery is engrained within.
Furiously fighting their way into the worldwide mainstream, the six-piece have always been embracing their influences, from nu-metal iconoclasts to pop and hip-hop behemoths, it’s all a part of BLIND CHANNEL’s DNA. That’s the key to their draw, they’re only interested in sticking true to themselves while studiously searching for the keys to unlock the doors of success.
BLIND CHANNEL knew that they had something to process. Not only the “modern-day misery” plaguing the world, as Joel puts it, but also proving that they could deliver more than the crowd-pleasing anthem of ‘Dark Side’. Lifestyles of the Sick & Dangerous is a lashing, brutal, bravado and swagger filled, sincere depiction of their lives, backed by their trademark unforgiving “violent pop music”. As well as a winking homage to the Good Charlotte track Lifestyles of the Rich & Famous, it’s most importantly a righteous statement of intent. That this is only the beginning.
BLIND CHANNEL is Joel Hokka (vocals, guitar), Niko Moilanen (vocals), Joonas Porko (guitar), Olli Matela (bass), Tommi Lalli  (drums), AND Aleksi Kaunisvesi (samples, percussion, DJ)
Follow BLIND CHANNEL:
Website
Instagram
TikTok
Facebook