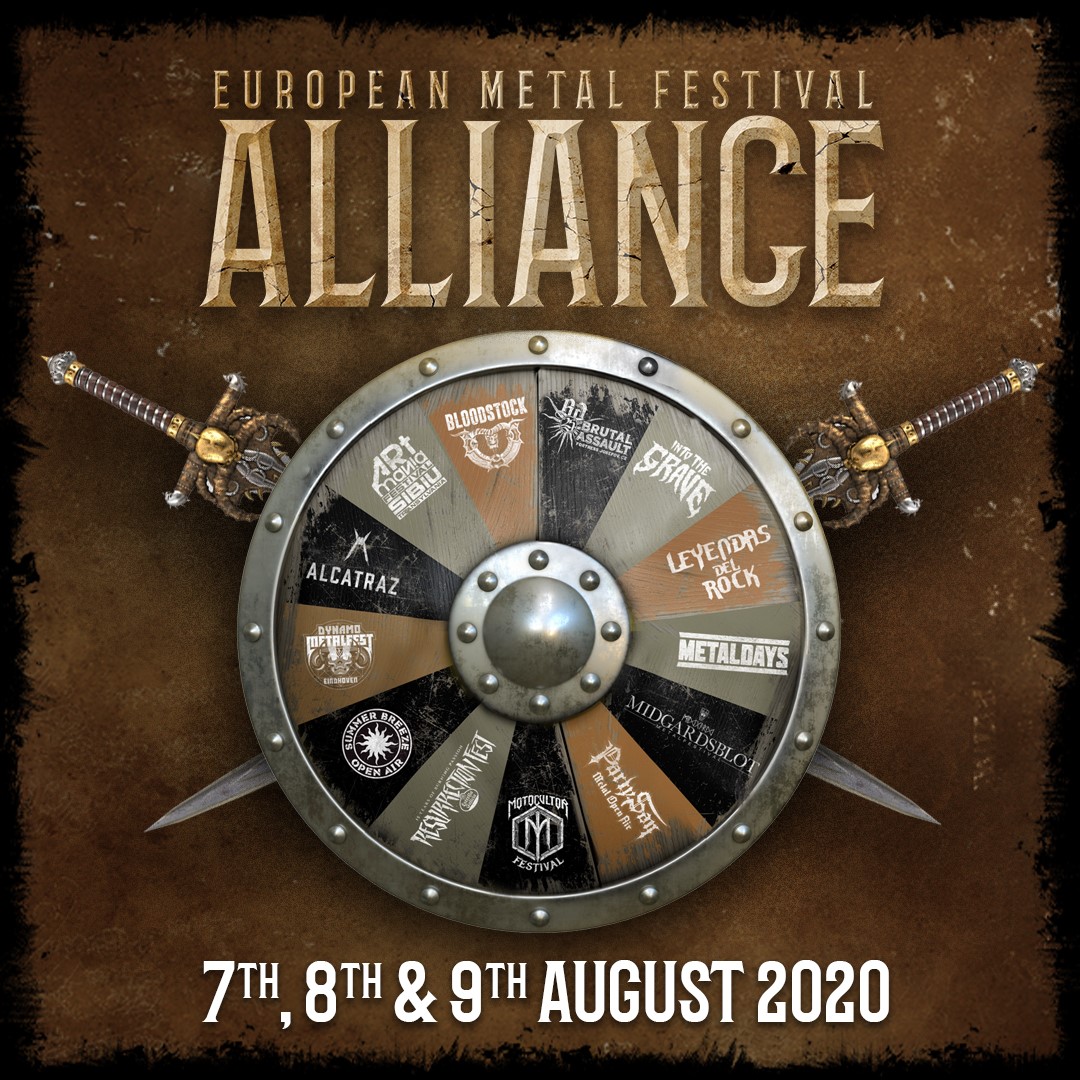 17th June 2020 0 By John Deaux
Summer 2020 is a very different landscape from the usual event-packed few months, so to maintain a sense of community, BLOODSTOCK has joined forces with twelve of the best independent metal festivals in Europe to create a unique online event for both bands and fans!
The European Metal Festival Alliance is a joint venture between BLOODSTOCK and Alcatraz (Belgium), Art Mania (Romania), Brutal Assault (Czech Republic), Dynamo (Netherlands), Into The Grave (Netherlands), Leyendas De Rock (Spain), Metal Days (Slovenia), Midgardsblot (Norway), Motorcultor (France), Party.San (Germany), Resurrection (Spain), and Summer Breeze (Germany).
A special streaming event will take place across the weekend of 7th-9th August offering exclusive live performances from a selection of yet-to-be-revealed artists chosen by each festival, as well as exclusive new interviews, and more.  As a fundraiser for the beleaguered independent festival sector, who don’t have the backing of big corporate money for their survival, viewers will be asked for €6.66 (that’s just under 6 quid) for a ‘full festival pass.’  In return, they will enjoy three days of live performances by 35+ metal bands at various locations around the world and other exclusive content, from the comfort of their own home.  Virtual ticket purchasers will also get a discount on a European Metal Festival Alliance ‘Rebooting for 2021’ T-shirt.
Meanwhile, to get warmed up, the newly launched destination website at www.MetalFestivalAlliance.com will host a wide range of previous footage from this festival co-operative, including many sets not previously broadcast, throughout the summer.
The line-up & schedule for the streaming event will be announced in the coming weeks.  Tickets will be available Friday 10th July from www.MetalFestivalAlliance.com.
Stay tuned for more information soon!