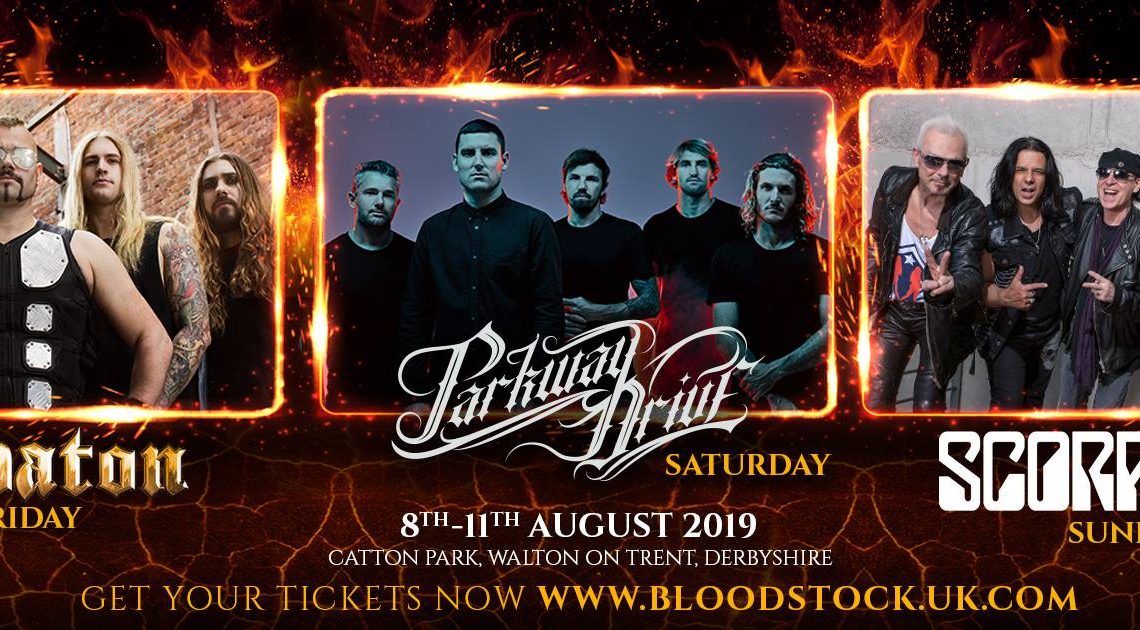 With Easter just around the corner, BLOODSTOCK has some treats for you with another seven bands added to the best metal weekender this summer.  Not only that, there’s an update on a brand new charity partner for 2019, club nights galore, and we suggest you stay tuned to BLOODSTOCK’s social media as Easter draws ever closer.  You never know when a special Easter competition might launch. Without further delay…

Industrial alt rockers, SULPHER grab a Sophie Lancaster stage slot on Friday.  The trio, comprising touring members of Marilyn Manson’s band, The Prodigy, and The Jesus And Mary Chain, recently released their 2nd studio album, ‘No One Will Ever Know’, available to pick up or stream over at https://sulpher.lnk.to/NoOneWillEverKnow.  Investigate the band further via the video for ‘Follow You Down’; https://youtu.be/5lLO3LN3Ivg.

Also landing a Friday Sophie appearance are Newcastle groove metal squad, DEF CON ONE. With founder member and ex-Venom sticksman Antton Lant behind the kit, have a listen to one of their newest singles, ‘Martyr To The New Blood’, the first to feature the current line-up, at: https://youtu.be/YTSBaLn4vaQ.

British metal squad, DAMNATIONS HAMMER also join the Sophie Friday bill.  Formed as a homage to the 80’s avant garde metal scene, the band’s vision was to create doom-laden, dark, atmospheric sounds with unrelenting heaviness. Get yourself clued up by listening to ‘Temple of the Descending Gods’ – https://youtu.be/E7aEjT7yt-M – taken from their recently released opus, ‘Unseen Planets, Deadly Spheres’, which you can pick up or stream via https://lnk.to/unseenplanets.

Hailing from Dewsbury and reforming a few years back, old school death metal crew BLASPHEMER are added to the Sophie lineup on Friday. Their most recent album, ‘Lust Of The Goat’, dropped in November 2018 via Grindscene Records, and you can wrap your ears around all of the tracks, admire the colourful artwork, and order it at: https://blasphemeruk666.bandcamp.com/album/lust-of-the-goat.

Picking up a Sunday spot on the Sophie stage are Notts-based stoner groove power trio, WITCHTRIPPER. Bringing “groove, shred, & roll”, if you’re a fan of Clutch, Orange Goblin, Kyuss, Sabbath or Led Zepp, these guys might be right up your street. Head over to the band’s official site at https://www.witchtripper.co.uk to hear latest album ‘Attitude Adjustment’ and more besides.

Also bounding into a Sunday Sophie slot are HARBINGER. Touted by Metal Hammer as “leading the next generation of tech metal wizards”, the band showcase their wares with blistering new track, ‘The Awakening’ on YouTube; https://youtu.be/AgWCn0klCGk.  Their debut album, ‘Compelled To Suffer’ lands on 17th May.  You can pre-order over at http://www.harbingerriffs.com.

This year BLOODSTOCK welcomes a brand new charity partner!  Say hello to the very worthy YoungMinds organisation (https://youngminds.org.uk), who work tirelessly to support young people’s mental health across the UK.  YoungMinds will benefit from our guest list donation scheme and have a stand in the arena for you to drop by, drop a quid in their collection box and find out about their work. YoungMinds is the leading the fight for a future where all young minds are supported and empowered, whatever the challenges.  They help to ensure the best possible mental health support for our youth and help them have the resilience to overcome life’s difficulties. The crisis in young people’s mental health is real and it is urgent. More than ever before are reaching out for help with their mental health, but for those brave enough to take that first step, help is much too hard to find.  YoungMinds are helping to change this. Click through to their website to read more about what they do and look out for them onsite at Catton Park!

BLOODSTOCK’s first phase of club nights have started!  More will be added for June/July, so don’t despair if your local town’s rock club isn’t listed yet.  Get along to one of the following events, check out some tunes from BLOODSTOCK bands old and new, and be in with the chance of winning weekend tickets or related giveaways. There are fun ways to win – previous events have seen the likes of bucking broncos, endurance tests, and air guitar-offs!  Check your local club for details, as dates are subject to change. 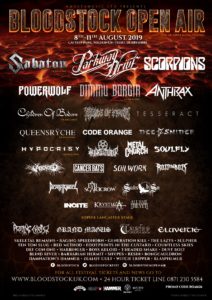 The final allocation of VIP tickets, as well as Podpads, Bellepads and Octopads are now on sale, plus limited remaining VIP upgrades (for those who’ve already purchased a standard ticket).  Luxpads are already SOLD OUT! For full details click here. Standard weekend tickets are also in the ticket store, priced £145 (+ fees), snap yours up here.  Day tickets will go on sale in limited quantities on 28th June.  Sign up for a reminder email here.