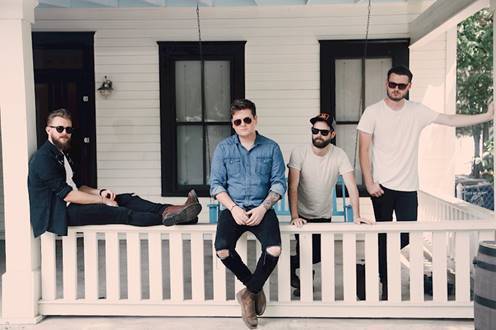 ‘Breathless’  is one of the tracks that was specially recorded for the album . We wrote it while we were touring in the US.

The video came about while we were shooting a live set. The cameras and lights were all there, the room was full of dry ice, and Dan had the idea to get something different done.  I think we did it in two takes, it turned out really well!” explains bassist Luke Davis

This is the exclusive video for the track, one of the Broken Witt Rebels gems from their self-titled debut album.   “As Luke mentions it was shot on the spur of the moment utilising the equipment and set that was in place for a live performance the band had been filming all day. I  think we’d been there about twelve hours by the time we went for this. The room was boiling hot and full of dry ice.  I was happy to try something different and I  got to be sat down for some of it to” adds vocalist Danny Core

A live performance video for “Breathless” will also be made available non exclusively across all platforms next week.

Broken Witt Rebels are: Danny Core (vocals), James Tranter (guitar), Luke Davis (bass) and James Dudley (drums). Hailing from Birmingham in the UK (a metropolis with a long, rich musical pedigree), the four are noted for brewing up a heady blend of blues, soulful Americana and wailing rock guitar, all of it served up with deeply emotive vocals.

The award-winning Rebels rounded off 2018 supporting Reef on 21 dates across the UK and the band are looking forward to a busy 2019.