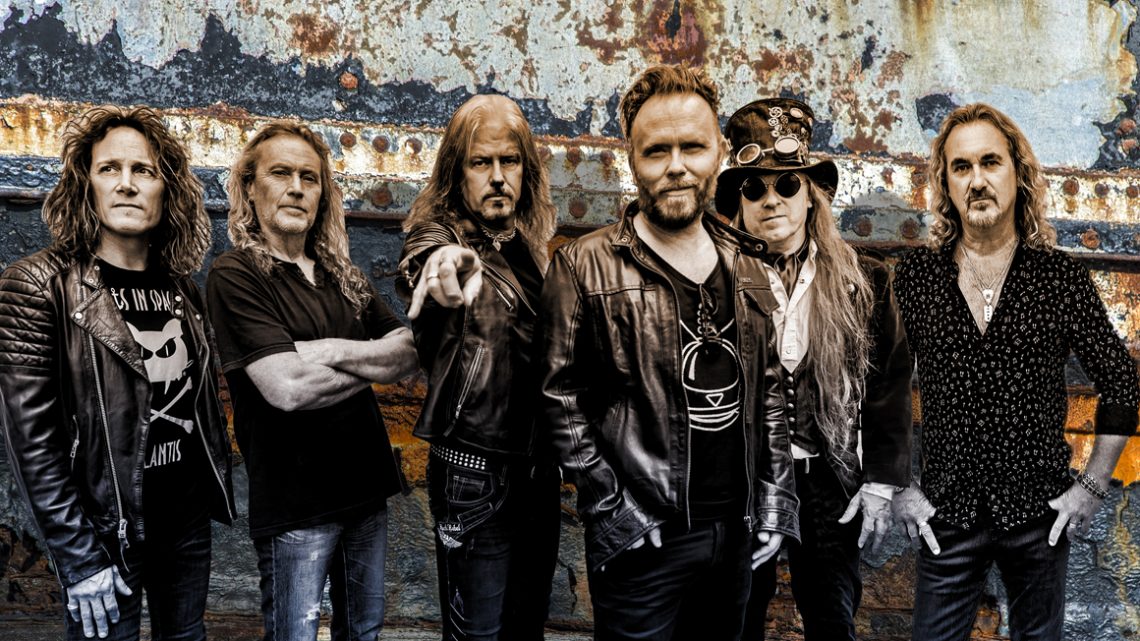 You know that feeling when you take off your face mask and realise how nice fresh air is again? You take it for granted until its not there, then realise how great it is. Well, Cats In Space have just released the audio equivalent. With all the doom and gloom around at present, along comes Atlantis like a much needed audio vaccine. Full of catchy choruses, multi tracked vocals, prominent keyboards and loud guitars delivered so authentically you’d think you were back in the the 1970’s or 80’s rock n rolling every night and partying every day.

Their fourth studio album since 2015’s Too Many Gods debut and first to feature new vocalist Damien Edwards, Atlantis again finds the bands trading their chosen retro musical path. Lead single I Fell Out Of Love With Rock’n’Roll  perfectly sets their stall out. Lamenting the music industry’s obsession with following fashions, and treating the classic rock they grew up with as old fashioned, and no longer wanted. This is most definitely the sort of album to make you fall deeply in love with good old fashioned rock n roll again.

Escapism is the name of the game here from the off. Instrumental opener Dive!  gives way to Spaceship Superstar and we’re off aboard a pomp rock rocket heading for Planet 80s with gleeful abandon. Guitar and keyboards living in perfect harmony. It’s hard not to think of Brian May with some of the guitar harmonies.

The album owes a debt of gratitude to Queen throughout, which is no bad thing at all. They were the masters of pomp rock, and Cats In Space are clearly willing apprentices. Much of this album could easily be used in a musical or film such is the grandeur and theatricality of it.  The title track in particular sounds like it could’ve been a centrepiece song in a piece of musical theatre with its epic chorus.

Sunday Best sounds so much like ELO, you half expect to hear Jeff Lynne appear at some point. Its piano driven harmony makes it instantly memorable. Next up, we’re off down the American highway with the window down singing the chorus to Listen To The Radio  at the top of our voices. Yeah, its a cliched song title, but after years of disappearing down many other musical avenues its great to be reminded of the era that started my love of rock music back in the eighties. Glorious stuff!

This is one of those albums that genuinely lifts the spirits when you hear it, Having a bad day? Stick this on! The music lamented in I Fell Out Of Love With Rock n Roll  is grounded in reality and the trials and tribulations of life.The Cats are yearning for the escapism that music used to provide before grunge arrived to kill the fun of the 70s and 80s. This album is the spandex and space boots alternative to grunge’s checked shirts and contrived downbeat outpourings. It’s as honest as the day is long in it’s intentions.

The rest of the album doesn’t deviate much from this musical blueprint. It’s full of harmony vocals, catchy sing-a-long choruses. The tunes bring to mind the past musical glories that we all grew up with. Like it or not, if you’re a forty something like me, your musical education towards a lifelong love of rock and metal will have started with the music that has influenced this album. It’s our grounding, our mothership, before we all set off on our varied journeys of discovery towards a multitude of other bands, and genres. And that is the beauty of it, for 47 minutes we get to sit back, soak up the music and reminisce of who we once were.

If you love a bit of Queen-esque pomp rock escapism with a dash of mid 80s LA thrown in,  then this is the album for you. A bit like a musical flux capacitor! 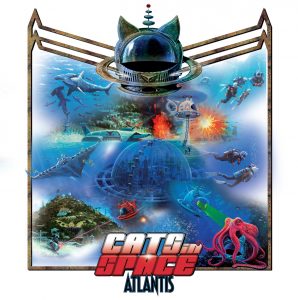 8 – Queen Of The Neverland

For all things Cats In Space, click HERE and purchase the album, HERE