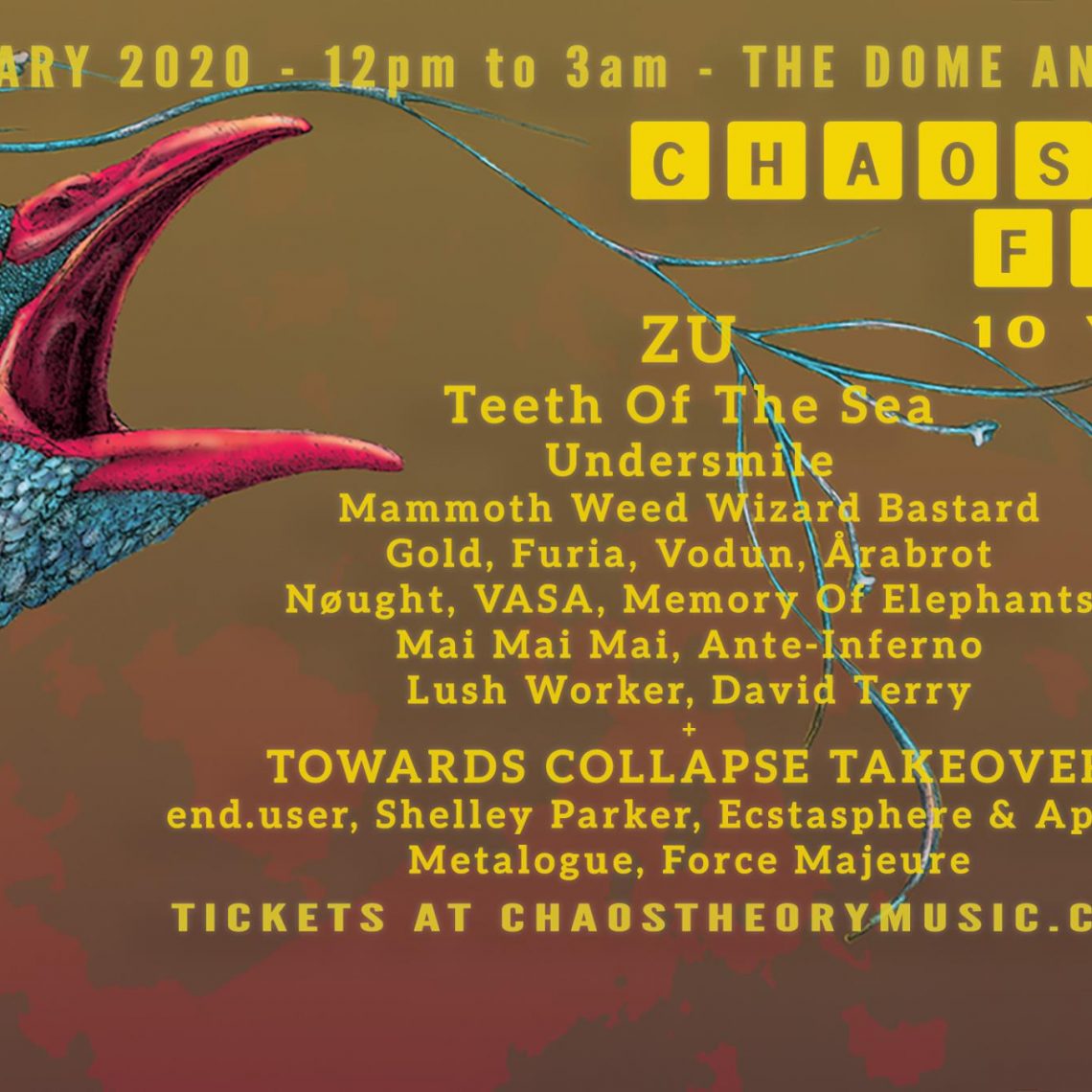 23rd January 2020 0 By John Deaux
London-based independent promotion collective Chaos Theory who celebrate their 10th anniversary with Chaos Theory Festival on Saturday 29th February 2020 at The Dome and Boston Music Room have completed their impressive line-up.
Joining the likes of the already announced ZU, Teeth of The Sea, Vodun, VASA and Mammoth Weed Wizard are UK doomers Undersmile who will make their official comeback in 2020 and reunite at Chaos Theory Festival. Norwegian noise rock act Årabrot will perform 2 sets at the festival, one featuring music from 2018’s album ‘Who Do You Love’ and the 2nd from this year’s ‘Die Nibelungen’ release, the soundtrack to Fritz Lang’s legendary silent movie, which was originally performed and recorded live at the Tromsø international film fest in 2016.  Completing the line-up are instrumental outfit Nøught, featuring members of Thurston Moore band, Gong, This Is Not This Heat and The Display Team, they fuse rock, jazz & the avant-garde.
Towards Collapse’s takeover afterparty which features U.S breakcore legend end.user have also completed their line-up adding, Shelley Parker, Ecstasphere &, Aphexia, Metalogue and Force Majeure. Chaos Theory Festival founder founder Kunal Singhal comments,
‘It’s an honour to announce more bands and producers at 10 Years Of Chaos who have consistently blown my mind over the last decade. Nøught are notoriously busy with their many other projects, so it’s a very special chance to see them together, as they prepare for the release of their first album in twenty years. I’m floored that Undersmile have chosen to reunite and to make their comeback show at the festival; they’ve been missed by a lot of people and we all look forward to their next big steps. I’ve seen Årabrot progress from tiny basement gigs, to touring with Mono and Jo Quail, to a huge show in the Barbican this year, so it’s a privilege that they’ll play two sets with the music from different periods of their back catalogue.
Metalogue has made an appearance at several Chaos Theory events in the past, so it will be great to hear his newest post-industrial glitches and beats. The Towards Collapse lineup also features artists Shelley Parker and two projects by producer Ophelia Sullivan, Ecstasphere & Aphexia, as well as local producer Force Majeure. Along with end.user, this is going to be exactly the kind of mindbending danceable lineup that I secretly wish all club nights were like.
We’ve got a generation of artists who’ve been able to listen to the most obscure music from around the world with a few clicks, and have been inspired to create new ideas, techniques and sounds. This day celebrates what we do at Chaos Theory, which is try to show you where to find them. It’s for people who love going to gigs but want to experience something different.’ 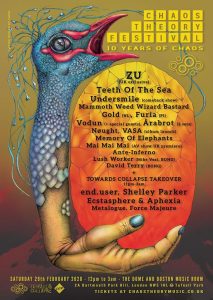