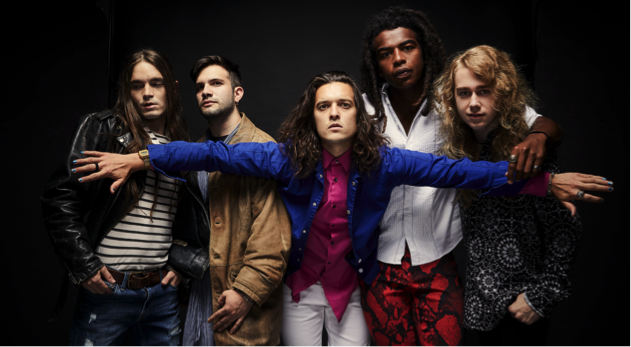 CLASSLESS ACT SET TO OPEN FOR DOROTHY ON THEIR “GIFTS FROM THE HOLY GHOST TOUR,”

Next-generation rock band Classless Actwill be joining female-led rock act Dorothyon their Gifts From The Holy Ghost Tour this spring. The Los Angeles natives will serve as the opening act for shows beginning in San Diego on March 21 and ending in Anaheim on May 19. The tour will also include stops in Austin, New Orleans, Seattle, and Denver. Classless Act will be performing cuts from their debut album, set for release later this year via Better Noise Music, including the infectious modern hard rock first single “Give It To Me.” The track was released to critical acclaim in the summer. For more information on the Gifts From The Holy Ghost Tour, visit https://classlessact.com/#tour.

Thrilled to be joining Dorothy on tour this spring, Classless Act’s frontman Derek Day said, “The boys and I think Dorothy really embodies the spirit and vibe of rock ‘n’ roll.  And we’re so happy to do our first US tour with her.  Thanks to her, music fans in 40 cities will get to say ‘I was there for the very first Classless Act show!’