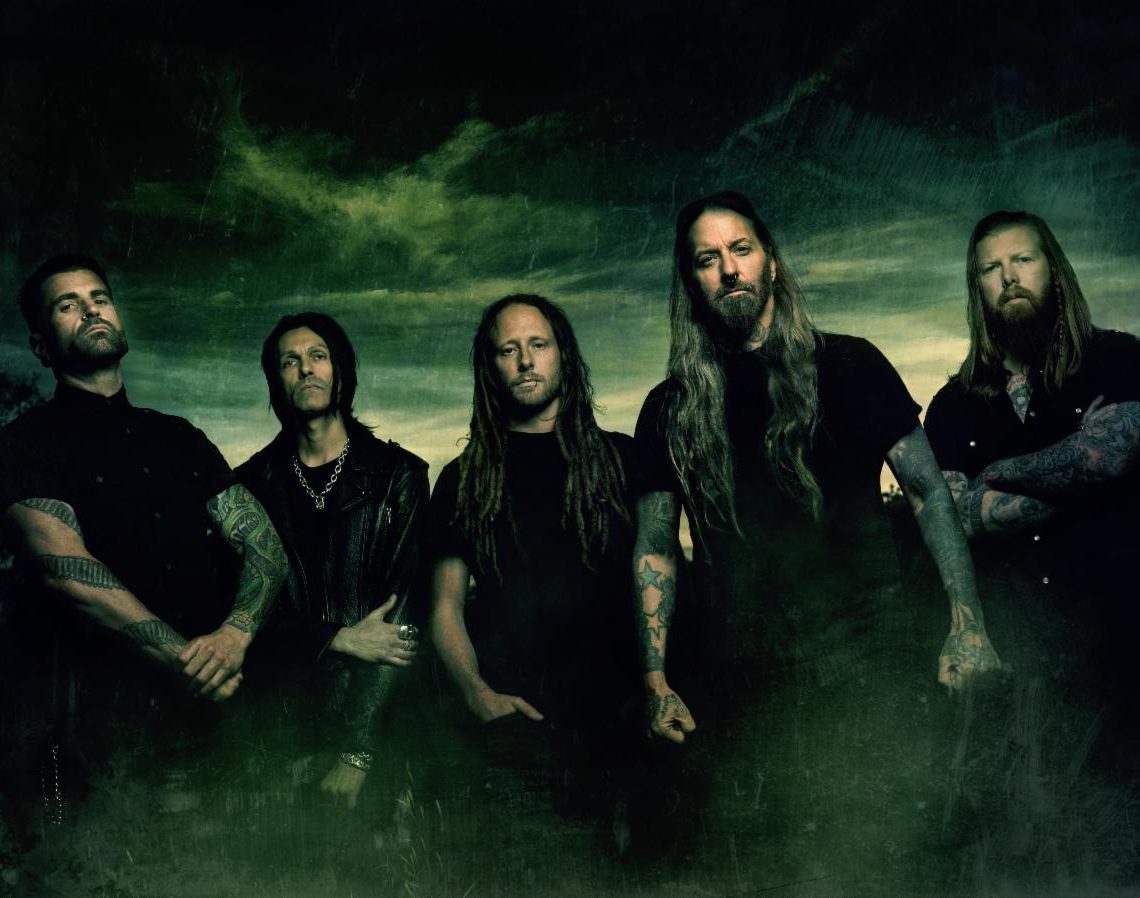 21st May 2020 0 By John Deaux
DEVILDRIVER have spent almost the last two decades pursuing a course of uncompromising artistry and dedication to the road.  Led by the prolific Dez Fafara, the Californian crew have earned their reputation as one of the hardest working bands on the planet, while delivering a steady succession of brutal, yet distinctive albums along the way.
Their focus has remained laser-sharp, and never more so than on the monumental upcoming twin album project, Dealing With Demons. The first volume of the double offering – entitled Dealing With Demons I – is set for release on 9th October, 2020 via Napalm Records and will be available in several formats.
Dealing With Demons I (the band’s first release of new, original material since 2016’s Trust No One) represents the onset of a final purging of the demons that have long haunted Dez Fafara and DEVILDRIVER’s music. From its eerie, ominous intro and the self-explanatory opener, “Keep Away From Me” to the poignant “Nest Of Vipers” and the chilling imagery of “Iona”, each track on Dealing With Demons I illustrates a different demon to be dealt with, or released.
To coincide with the announcement of Dealing With Demons I, DEVILDRIVER have unleashed new track, “Keep Away From Me”, alongside a new lyric video – a thought-provoking clip that paints a picture of positivity at its end.
Regarding “Keep Away From Me”,  frontman Dez Fafara tells us: “I’ve been social distancing since I was born. I’ve learned to try and embrace my Agoraphobia all my life. This is what the lyrics are about as we are all sheltered in place. They seem very clear. Now is not the time bands should shy away from the obvious, by trying to push the narrative through their art as if everything is alright with the world and ‘it’s metal video visual as usual time’, as it is clearly NOT that time.
We as artists should speak up, inspire and change lives, or paint a picture – a time capsule if you will – by the narrative we push in uncertain times. This video is one such art piece as my band and thousands of others are forced into quarantine – cannot rehearse, take photos, or perform – to make a music video for the very people that have supported us for years. It’s trying times for the world and my outlook through this video is simply this: ‘here’s what we are going through as a family on this planet and as we embrace what is yet to come… please Stand Together’.”

[Album Artwork: Johnny Jones at COMA]
Dealing With Demons I showcases the supreme form of the band – Dez, guitarists Mike Spreitzer and Neal Tiemann, drummer Austin D’Amond and bassist Diego Ibarra. This isn’t just some of the most lethal DEVILDRIVER material to date, but some of their most memorable too. Co-produced by Steve Evetts and guitarist Mike Spreitzer, it’s a triumph for teamwork and tenacity.
Dez Fafara says about the band’s writing and recording process: “I said to the guys, ‘if we just met today, what kind of music would we make? How would we stand the test of time, stand apart from others and stand above the competition? Let’s not focus on the past sound. Instead let’s kick into the future together.’”
With new milestones like Dez Fafara’s eerie verses on “Wishing” and the frontman’s first co-authored lyric (“Nest Of Vipers” was written by Dez and Neal Tiemann), Dealing With Demons I ferociously delivers the goods while kicking open several new doors for DEVILDRIVER to power through in the future. It’s a clearing of the emotional decks, but also evidence that Dez and his band mates have given DEVILDRIVER a kick in the ass. Demons are getting dealt with in the harshest of manners.
Dez Fafara adds: “It’s time to lay it all out, on two records. I’m never gonna revisit these subjects again. I’ve been writing about this sort of human nature, disloyalty and dishonesty, love and loss, since the beginning of my career. I am going in a more lyrically woke direction in the future. A lot of people say my music gives them strength. But what they don’t realise is that these topics haunt me. Over the course of these last few years we fled from wildfires, my wife battled cancer and now we are going through a pandemic… so it is what it is… let’s dump it all on the table and purge. I want to go through different topics in the future, so here we are now. I’ve laid it all out on a double record for all of you to hear.”
This is just the beginning – fans should prepare for the onslaught of what is to come with the impending second volume, which promises to go even harder. This is a two-part acceleration into the future.
Dez adds about the upcoming remainder of the Dealing With Demons saga: “Volume two will get into some very heavy topics as well. You’ll see the band progress even further musically as we finish this ode to the purge of all things Demonic.”
Pre-Order Volume One of the Double Album Saga HERE
Dealing With Demons I Tracklist:
1. Keep Away From Me
2. Vengeance Is Clear
3. Nest Of Vipers
4. Iona
5. Wishing
6. You Give Me A Reason To Drink (feat. Simon Blade Fafara)
7. Witches
8. Dealing With Demons
9. The Damned Don’t Cry
10. Scars Me Forever
An array of bundles and formats are available via both the Napalm Records and DEVILDRIVER official stores, including CDs, exclusive vinyl in various colours, picture discs, cassette tapes, skateboards, notebooks, clothing and more.
Click HERE for locations to buy formats and merchandise!