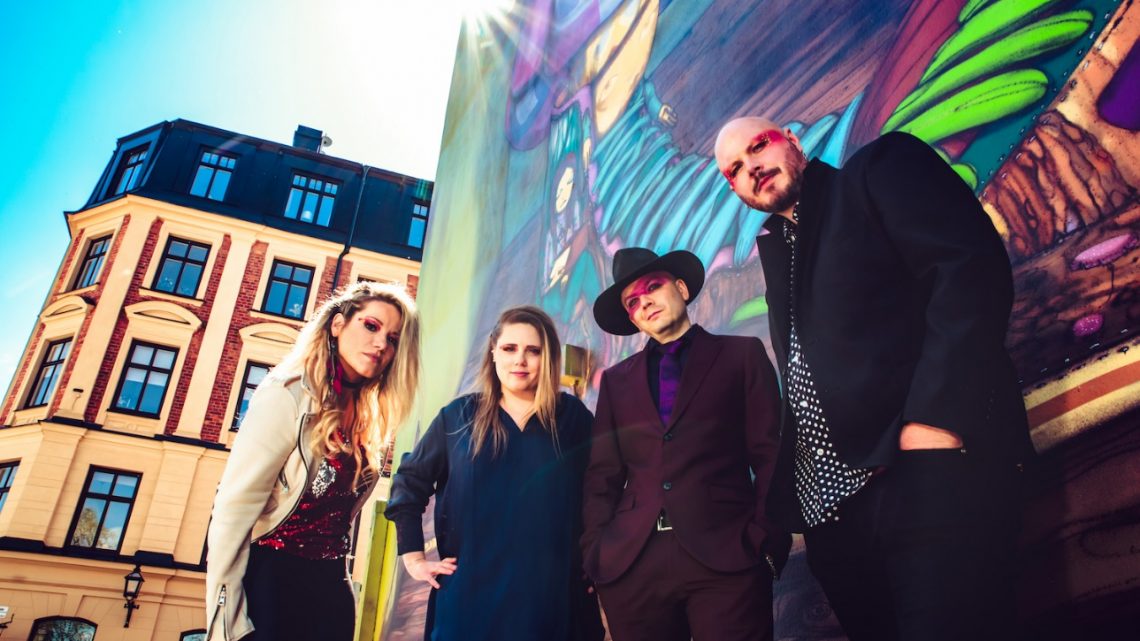 ‘It all started as a game, something fun to do. As it should be.’

And with that, Donna Cannone was born. Former Thundermother member Giorgia Cateri (guitars) and her fellow Italian ex-pat Luca D’Andria found themselves heading to a rehearsal room to play some music and, in their own words, ‘have some fun.’ Giorgia’s former Thundermother bandmate Tilda Stenqvist was brought in on drums as the trio began putting together a number of new songs. A knock at the door brought a surprise as, guitar in hand, Björn ‘Speed’ Strid (Soilwork, The Nightflight Orchestra) had heard what the band were up to and wanted in. Keen to express himself as a lead guitarist, the world-renowned singer was impressed with what he’d heard the fledgling trio coming up with and soon the quartet were recording demos. One of these demos fell into the hands of Swedish label Despotz Records and a deal was soon done.

The first fruits of this deal were a brace of well-received singles – ‘Cross the Line’ and ‘Nothing to Do’, both of which saw the band picking up support across the world and alerting everyone to the presence of Donna Cannone.

May 2022 will see the release of the band’s debut album via Despotz Records. It’s ten tracks of hook-laden songs, bristling with a punk attitude and a keen ear for melodic rock ‘n roll. Like every other band, Donna Cannone have been in a holding pattern with the album, waiting for the optimum time to launch their eponymous debut into the world. There will be a third single in the shape of ‘Is It True’, (featuring a guest appearance from former Crucified Barbara singer/guitarist Mia Karlsson) before the band head out on tour with a string of live appearances booked across Europe.