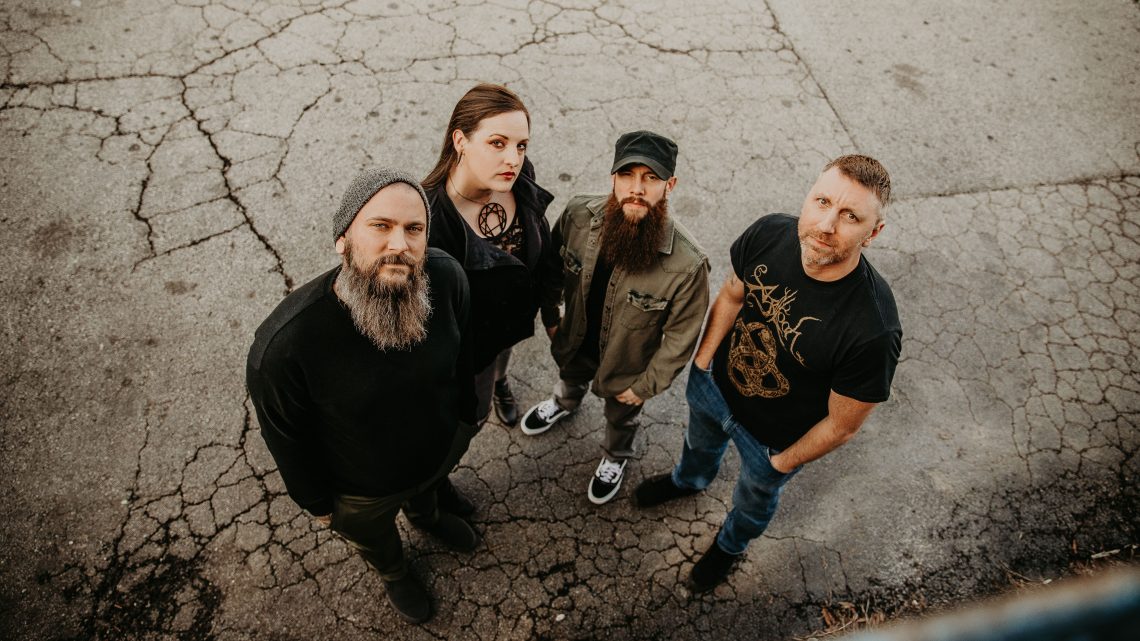 Birmingham, Alabama 4 piece EMBR are set to release a 3 song EP called “1021”. The title alludes to the fact that, the EP is the second in the New Heavy Sounds 10th Anniversary CD EP series.

‘1021’ follows on the heels of their critically acclaimed full-length “1823”. It also falls in line with the 2-year anniversary of the drummer Eric’s kidney transplant.

EMBR deliver 3 brand new songs, each of which push the template set up by the album. These compositions chronicle love, devastation, disappointment, forgiveness and anger, and once again, musically EMBR are on top form. Drummer Eric comments on the video for new single ‘Vesuvious’,

“Vesuvious, the first track from the upcoming EP 1021 is an intense composition. It’s a bit out of the box for EMBR, which is exactly what we set out to do. Musically, it’s faster and more up-tempo than what we usually write. The riffs are driving, The rhythm section is pummeling, crystals vocals are soaring, at times haunting and she even Incorporated a substantial dose of her screaming.  Lyrically, the song is loosely based on “the lovers” from the Pompeii disaster. If you listen to the lyrics you’re hear some of that story. So you could say that this song is a heavy love song. The video is composed of footage from our weekend at Ledbelly sound…… stick around till the end for A few outtake clips. We hope that you’ll enjoy the song as much as we did writing it.”

“1021” shows the band continuing to develop and grow, the crushing heaviness and haunting vocals that marked their album are all there and this time. they have brought a faster pace and tougher execution to their sound. In fact ‘1021’ hits like Jason Voorhees on a rampage and doesn’t let up until the end of the 15 minute run time. Add to that some memorable hooks that will sink in your jaw and you have an enticing journey ahead of you.

The EP was recorded and mixed by Matt Washburn at Ledbelly Sound in Dawsonville Ga. and mastered by Frank Heath at Soulfire Sounds in Birmingham, Alabama.

Alongside this the band have created a video for each song, filmed during the studio sessions and these will form part of the release with the EP.

As with all the NHS 10th Anniversary series, the CD is a very limited edition of 150 only, and is housed in a bespoke die cut, New Heavy Sounds house style cd digipack.

It will be available by mail order only from Cargo Records: https://cargorecordsdirect.co.uk/products/embr-1021-ep

Also on Bandcamp via New Heavy Sounds for all territories excluding the USA and Canada: https://newheavysounds.bandcamp.com/album/1021-e-p

USA and Canada orders can be made via Embr’s Bandcamp page.

Once they’re gone, they’re gone. The tracks will also be available digitally on all platforms