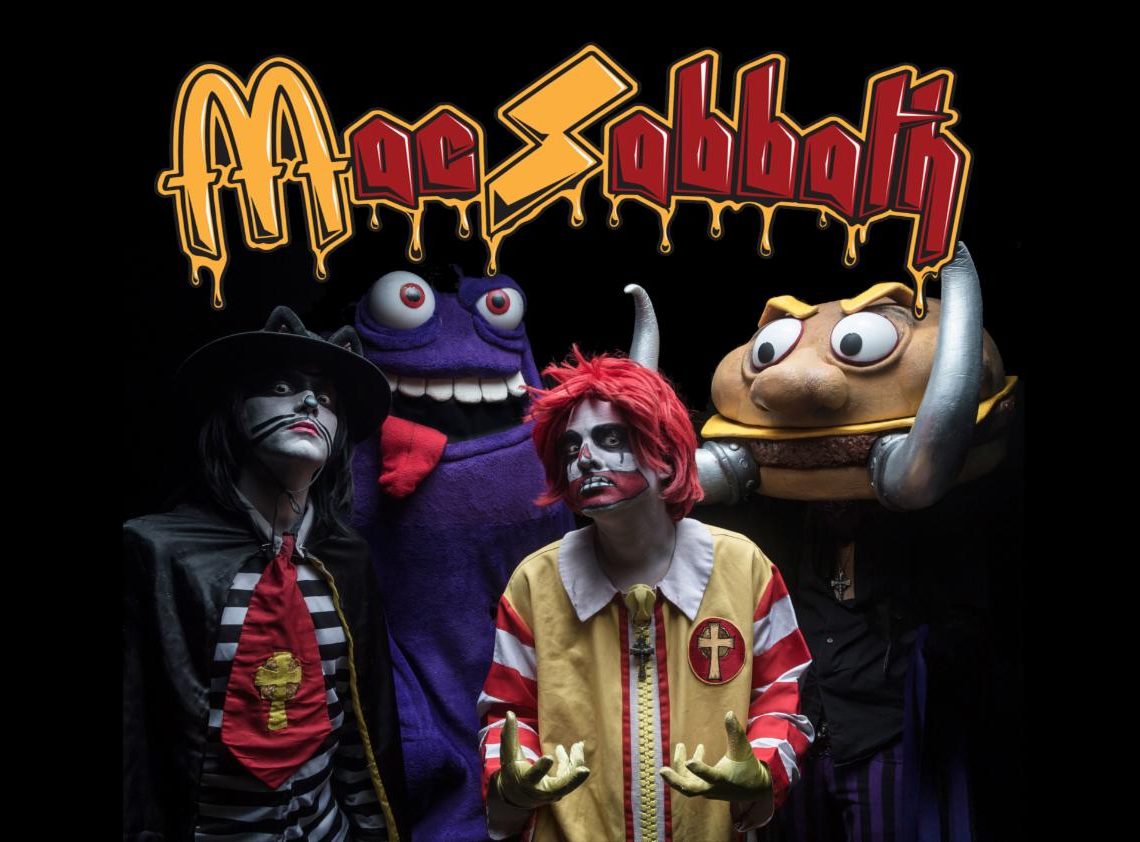 27th November 2019 0 By John Deaux
The innovators of Drive-Thru metal, MAC SABBATH, have already announced a return to Southern California for a show at Los Angeles’ Echoplex on January 18.
“We don’t get much sun in Birminghamburger, England, in January, so me and the lads decided to head over and go water skiing in the Silver Lake,” says mysterious frontman Ronald Osbourne. “Gonna stop by the Echoplex for a whirligig. Come grab a bite!”
The fast food-themed Black Sabbath parody kingswill head to Florida for more sunshine before trading burgers for fish filets on the Monsters of Rock Cruise in February, along with Tesla, Extreme, Krokus, Winger, Enuff Z Nuff, Lizzy Borden, Faster Pussycat and many more!
Mixing raucous comedy with borderline-horrific theatrics, the only thing more petrifying than impending health problems resulting from years of overeating is a MAC SABBATH show. Show attendees should be prepared to partake in the fun – MAC SABBATH puts on a theatrical, multimedia stage show – complete with a smoking grill, laser-eyed clowns, bouncing burgers and many more magical surprises… basically anything and everything an unwary show-goer could ever want in their wildest dreams. The band has been named by Buzzfeed as one of the “13 Metal Bands You Didn’t Know How to React To”, and as LA’s “Best Tribute Band” by LA Weekly.
Tickets for the California shows are available at www.officialmacsabbath.com. For ticketing and more information on The Monsters of Rock Cruise, please visit www.monstersofrockcruise.com.
MAC SABBATH Tour Dates:
11/30 – San Francisco, CA @ Slim’s w/The Phenomenauts
1/18 – Los Angeles, CA @ Echoplex w/ Fart Barf
2/8-2/13 – Departing from Ft. Lauderdale, FL @ The Monsters of Rock Cruise
MAC SABBATH online:
www.facebook.com/macsabbath/
Twitter: @macsabbath
Tumblr: macsabbath
IG: @officialmacsabbath