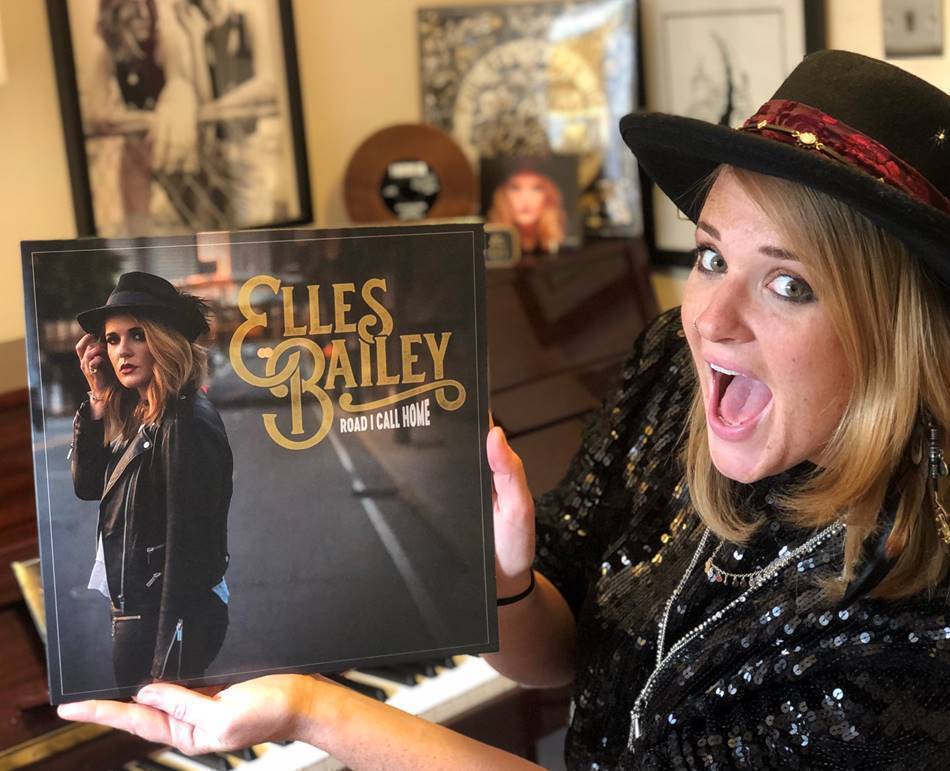 Smoky-voiced, super-hard-working singer/songwriter Elles Bailey has won not just one, but two, of the prestigious UKBlues Awards, awarded by The UKBlues Federation. The Federation awarded Elles Blues Album of the Year – for her superb sophomore album Road I Call Home – also the high accolade of Blues Artist of the Year.

The 2020 UKBlues Awards took place Sunday 17th May, 2020. In each of the 10 categories, 5 finalists were selected in the nomination process (which took place in February 2020).

Due to COVID-19 lockdown and social distancing restrictions, the event had to take place online, via the UKBlues Federation’s social media platforms, rather than amidst the glitz of the iconic Dingwalls venue in London, as planned, However, the virtual nature of the ceremony in no way detracts from the real prestige of the awards. The event was compèred by British Blues legend and broadcaster Paul Jones, with a cavalcade of guest presenters including ‘Whispering Bob’ Harris, Bernie Marsden (Whitesnake), Blues royalty Walter Trout, and Larkin Poe – the reigning monarchs of Blues, Rock, and Roots music!

Elles delivered her acceptance speeches by video from home, in front of her piano, thanking everyone for the awards. Receiving the Blues Album of the Year award (presented by ‘Whispering Bob’ Harris), Elles held up a vinyl copy of Road I Call Home: an album in which she takes great pride –  “that tricky second record”, as the industry puts it.

After the success of her bestselling debut album Wildfire, the ever-hardworking Elles managed to put her second album together, despite quite literally calling the road her home, keeping up a highly-active, touring schedule, along with her passionate commitment to live performance.

Elles gave sincere thanks to her band, her team, and collaborators; to journalists, broadcasters; also to her family and husband for their support. Elles also gave heartfelt thanks to the PRS Foundation and to Arts Council England for their invaluable assistance in making the album a reality.

In her acceptance speech for Blues Artist of the Year (presented by Larkin Poe), Elles paid tribute to her fellow nominees. She also thanked the UK Blues scene, who accepted and championed her as a rising artist in her early career. In 2020, with two award-winning albums to her credit (not to mention an enviable reputation for her live work), combined with continuing creativity and commitment, Elles’ genre-defying range of material and appeal has extended out into the Americana, Country and Rock scenes, as well as the Blues.

In her Blues Artist of the Year speech, Elles also made mention of her disappointment that so few of the awards’ nominees across the span of categories were women. “Now, this is not just a Blues-scene issue,” Elles explained, “It’s a wider music industry issue and I don’t know the answer. I do know that we need to have an open dialogue to discuss these issues. And it’s not something that’s going to change overnight, but it is something that we need to do to make a change.”

Elles then went on to promote an important, game-changing PRS initiative called Key Change which is actively encouraging and challenging the music industry  – across the board, not just Blues – to become more diverse and inclusive. This includes working towards greater gender balance and representation: causes close to Elles Bailey’s heart.

One practical aspect of Key Change involves asking festivals and promoters to commit to having 50:50 gender balance on their programmes and line-ups by the end of 2022. Elles further encouraged broadcasters and journalists to look at those to whom they’re giving coverage, so that talented female artists, bands and musicians get fair exposure and limelight.

Elles adds her UKBlues victories to the award she won earlier this year for UK Song of the Year at the UK Americana Awards 2020, run by the Americana Music Association and presented by MP Nigel Adams and Loz Guest from Planet Rock. Elles earned that award for ‘Little Piece of Heaven’  – a song which she co-wrote with the great Bobby Wood and Dan Auerbach (of The Black Keys).

In other Elles news, her latest single ‘Woman Like Me’ will be played by Cerys Matthews today (Monday 18th May) on The Blues Show with Cerys Matthews on Radio 2.  The song’s lyrics further express Elles’ ideas, as she explains, “The song is about being a confident, independent woman, and about being comfortable in your own skin. Yes – there is a man in the story —but this song is most certainly about the woman! I aspire to be this woman: to break away from the torments of my own mind and society’s idea of how a woman ‘should be’.”

What’s more, on May 29th, Elles will be releasing two versions of her song ‘Help Somebody’ – also co-written with Bobby Wood, –  from her award-winning Road I Call Home album. This is to raise awareness and donations for the healthcare charity HEROES: Help Them Help Us, which works to support frontline NHS workers in a variety of ways (from 3D printing much-needed PPE to delivering food to them at work on their long, arduous, dangerous shifts; also, providing a variety of gifts to help, thank and reward them, and keep up morale).

As Elles says, “Check out the charity’s work on their website at https://www.helpthemhelpus.co.uk/ where you can make a donation and, as the charity’s name says: Let’s help them help us!”

It’s been a busy and successful year for Elles Bailey, who continues to lead by example and champion the causes of equal opportunity an exposure and in the music business, as well as writing, performing and recording, earning more accolades and acknowledgement for her achievements.