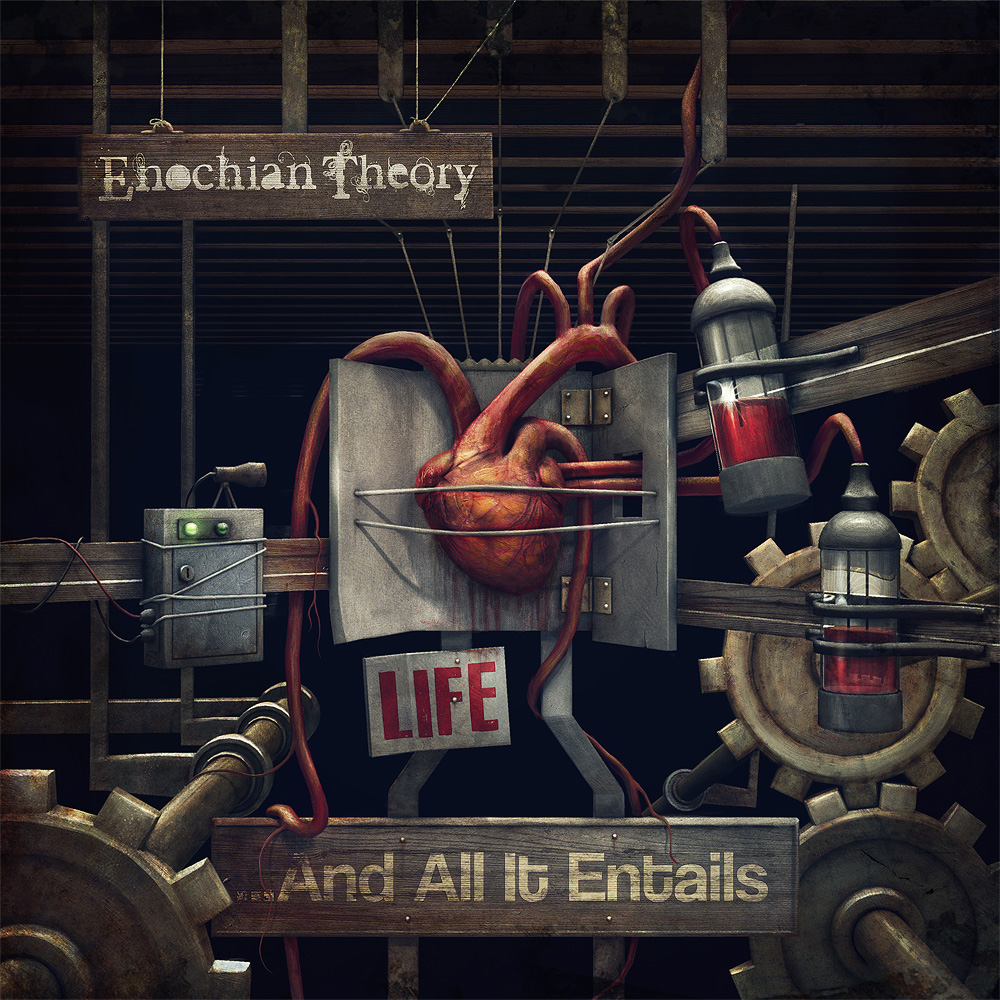 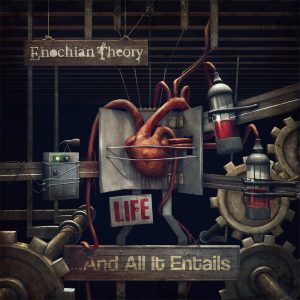 Tracks to check out: This Aching Isolation, Inversions

This latest album from Enochian Theory was originally released in March 2012, and received much praise, including positive comments from Steve Wilson from Porcupine Tree regarding the production and craftsmanship of the song writing.

Life… And All It Entails has now been re-released to coincide with new single ‘This Aching Isolation’ and a UK tour with TesseracT.  I missed this the first time round and so, as a big fan of Porcupine Tree, was delighted to be given the chance to review the re-release of this prog rock album.

The opening track is the aforementioned current single, ‘This Aching Isolation’ and starts the album off in great fashion with a superbly grandiose yet melancholic track, very much in the vein of the more mellow Porcupine Tree material.  Second track ‘Hz’ has a similar vibe to it, with real depth and feeling and an almost overwhelming ambiance of sadness.

Unfortunately, things take a turn for the worse with third track ‘Non Sum Qualis Eram’which consists of three and a half minutes of minimalistic piano playing and mumbled talking.  The momentum and sense of occasion that had built up from the opening two tracks rapidly dissolved and I was left bored by the lack of an actual tune, and irritated by the change of pace.  I’m not sure what the band was thinking by including this track, but I think this would have worked better much as the final song on the album.

The next couple of tracks see the album back on track, with ‘Inversions’ being a particularly beautiful and haunting number that shows just how talented the guys in Enochian Theory are.  Ben Harris-Hayes’ vocals are wonderful and somehow manage to create a real sense of both vulnerability and defiance.  His guitar playing is perfectly understated, and accompanied by the equally skilful playing of Sam Street on drums and Shaun Rayment on bass guitar.

Then the momentum is derailed once again by ‘Creatio Ex Nihilio’, a two minute track of radio interference and “numbers station” style garbled messages and spoken words.  Again, I’m not sure why the band has included this on the album.  It doesn’t add anything positive and disrupts the overall feel of the album.

Things almost return to normality for the rest of the album, with tunes of intricate guitar work, memorable hooks, and soaring arrangements – but the unexpected inclusion of death metal style vocals on both ‘For Your Glory, Great Deceiver’ and ‘The Fire Around the Lotus (Remastered)’ didn’t work for me, and once again, jarred me from the mood and atmospheric texture of the majority of the album.

In summary, this is a decent enough album of beautifully done prog rock – but without the unsuccessful attempts to do something a bit different it could have been a great album.